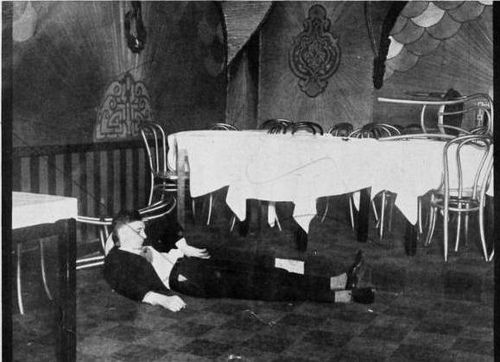 The body of William “Gunner” McPadden lies on the floor of the Granada Cafe, not pictured Hugh “Stubby” McGovern lies also dead.

McGovern and McPadden were sitting at a table when George Maloney walked over to the table, with his hands in his pockets holding two sawn off .38’s and first shot McGovern, then turned and shot McPadden.

George Maloney had been hunting Hugh McGovern ever since a failed hit on “Bubs” Quinlan, McGovern had been hiding in a basement across the street of a bar Quinlan had been in, the bartender died in the shooting.