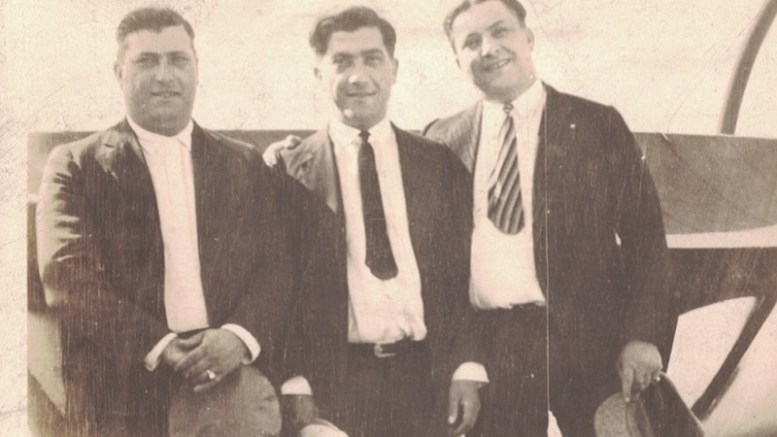 In the aftermath of Dean O’Banions murder suspects were rounded up and brought in for questioning.

Among them were the Miller brothers who ran a small bootlegging operation on the Westside of Chicago.

Davy Miller, on the right, was a particular focus. Davy Miller was a former pugilist and prizefight referree, who O’Bannion had shot and almost killed outside the LaSalle Theater in Chicago the year before.

However it was determined that the Miller brothers weren’t involved in O’Bannions murder having provided alibis.

The photo is Hirschie, Maxie and Davy Miller