Andrew “Squint” Sheridan must have been an intimidating figure along the Westside Waterfront docks who was usually sent onto the docks for a show of force or in some unfortunate cases to silence someone and ensure order was maintained.

In the book Dock Boss: Eddie McGrath & The Westside Waterfront written by Neil G. Clarke, one story that particularly fascinated me was how easy it was for men like Andrew “Squint” Sheridan could literally get away with murder, even on a dock full of witnesses.

Andrew Sheridan was born on May 8th 1900 in New York City, he was one of 8 children, his mother died when he was five years old, his father was unable or unwilling to look after 8 children and not long after Andrew and some of his siblings were sent into the care of the Catholic Church and he was then placed into St. Dominican Home, where he would stay until he was 10 years old. 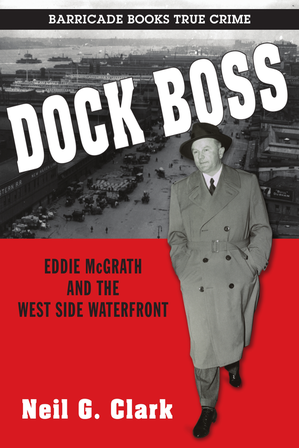 During his stay at the St Dominican Home one of the other children threw some chemicals into Andrews face, which got into his eyes which left him with impaired vision for the rest of his life, as he grew older his glasses grew thicker and he earned the nickname “Squint”, which I doubt many people would say to his face. Due to his eye injury he found it difficult to find employment in the traditional jobs that were available to someone with little education, a life of crime was Andrew “Squint” Sheridan’s calling.

An anonymous caller to the police revealed the location of a stash of 10 machine guns that had gone missing, like many other items of cargo that would go missing from the docks over the years, which lead the police to finding the stash. The machine guns were Thompson machine guns being shipped to the British for the war effort during World War II. The fingers all pointed in one direction, a man named John “Mutt” Whitton. 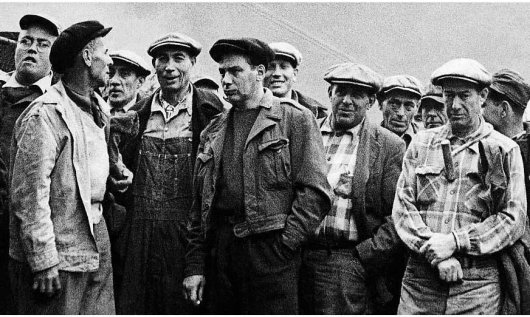 A few days after the weapons had been found, Mutt and the other dock workers were leaving after their shift had ended. Two men had appeared on the docks, Andrew “Squint” Sheridan & Joe Powell. Joe Powell was like any other of the loading bosses of the piers, despite the job title men like Powell were there to make sure everyone stayed in line, but a man like Andrew “Squint” Sheridan were only on the docks when there was something important needed to be done. Joe Powell identified Mutt to Sheridan who then proceeded to ask Mutt if he could have a word, Sheridan then motioned towards a room in a storage area where they could talk privately. As they entered the room, Mutt turned to speak as he did he was shot twice in the chest, Sheridan walked over and shot him once more in the head. “Squint” Sheridan dusted himself down and walked calmly back to his car leaving Joe Powell to clean up.

But Andrew “Squint” Sheridan would eventually face justice for his crimes, although the Westside Mob ran the docks with an iron fist there was one pier that gave them headaches. Pier 51 was run by a man by the name of Andy Hintz, who was an honest man and ran his pier as such, he refused to be bullied, bought or bribed. Even though he had been visited by John “Cockeyed” Dunn & Andrew “Squint” Sheridan to try make Hintz see the error of his ways, Hintz stood strong, he would have to made an example of, Hintz would have to go.

Having responded to John Dunn’s latest threat by telling him to go to Hell, Dunn was enraged and decided that Hintz would be going to Hell and he was going to send him there. 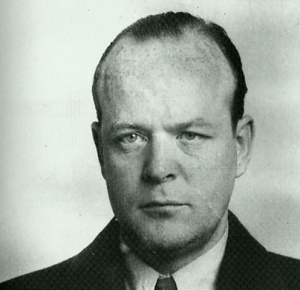 On the morning of January 8, 1947, John “Cockeye” Dunn, Andrew “Squint” Sheridan and former boxer-turned-enforcer Danny Gentile waited patiently for Hintz to leave his apartment, Hintz who had become more cautious since his run in with Dunn and the gang wouldnt leave until he looked from his window and got an all clear from his driver. As he was leaving for work at Pier 51 he was confronted in the stairwell of his apartment block by Dunn, Sheridan and Gentile. No words were exchanged, but Hintz was shot six times and left for dead.

Unfortunately for Dunn, Sheridan and Gentile, Hintz was able to identify John Dunn to his wife when she came running out after hearing the shots. Andy Hintz was brought to hospital with his wounds, John “Cockeye” Dunn was almost immediately arrested and brought under guard to Hintz’s bedside where Hintz positively identified him. Sheridan who it would be discovered had been in Florida and traveled back to New York to care of the Hintz situation before returning to Florida, where he was arrested by FBI agents. Danny Gentile turned himself in at the end of March. All were charged with attempted murder.

Andy Hintz finally died on January 29, 1947. For Dunn, Sheridan and Gentile that meant the initial charge of attempted murder was replaced with first-degree murder. New York State at the time issued a mandatory death sentence for first-degree murder. 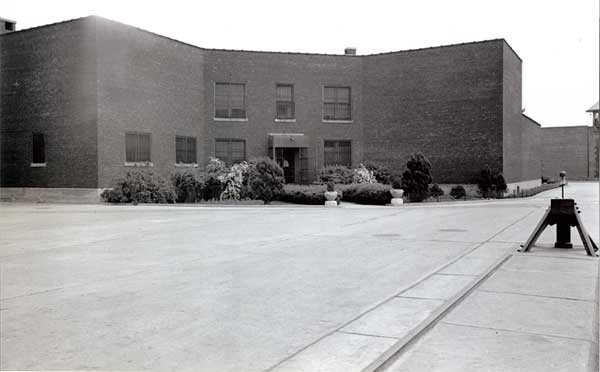 Their trial began on December 4, 1947 all three were convicted and setenced to die in Sing Sing’s electric chair, nicknamed ‘Old Sparky’ by inmates and prison staff. They were promptly shipped ‘up the river’ to await the outcome of appeals and execution. After a lengthy appeals process John “Cockeye” Dunn and Andrew “Squint” Sheridan died by electrocution on 7th July 1949. Danny Gentile, whether it was a ploy by the prosecutors or he actually made a deal, was spared the chair and his sentence was commuted to life in prison.