After Bill Lovett had begun to clean house, taking out or removing the previous White Hand Gang leader’s loyalists through a series of murders, shootings and stabbings. But none of it went opposed, Dinny Meehan the previous leader and Garry Barry still had friends that wanted to avenge their murders.

On the morning of the 3rd of January 1923 a policeman who was on patrol around the Front Street area of the Brooklyn neighborhood where the White Hand Gang ruled. As he proceeded on his rounds he noticed the door of a building at 289 Front Street was opened, he went to investigate. Upon his first observations he noticed bottles of alcohol all stacked up, in what seemed like a brewing operation, looking closer he noticed a body on the floor, it was “Wild” Bill Lovett, appearing to be lying dead.

However, Lovett was not dead although he had been shot three times in the chest. The policeman blew his whistle to get the attention of other police in the area, soon the place was swarming with police and an ambulance for Lovett.

The three bullets had lodged in the left side Lovett’s chest but all missed the heart, Bill regained consciousness and began to mend, much to the doctors surprise, they were sure he was going to die from his wounds. He recovered enough for the police to question him as to who shot him, he shook his head saying: “It’s give and take in this game. When I get it I take it and say nothing.”

The most the police could gather was that he was shot near the corner of Front and Gold Street and short distance from where he was found. It seemed like he had been caught in a trap that he would have himself set up for one of his enemies, ambushed from the shadows. As usual no one would speak to the police, gang members would simply say it was rival gangsters who did the shooting but the police didn’t believe that, they believed the shooters were from inside Lovett’s gang. Either way the shooting went unsolved.

Like a previous attempt on Lovetts life, when someone took a shot at him from a passing car, the alleged shooters this time were identified by their bodies. In May 1923 James Martin was murdered, he was shot three times in the heart, no one say Lovett do the shooting in fact no one saw or heard anything, however some gang members said “just what we expected”

Next on the list of murders was Tim Quilty. Police say that that Tim Quilty and his brother and around twelve men had been a saloon shortly before 9 o’clock. They had been in there only a short time, when a heated argument began. Several of them moved into a private room in the rear and others followed. The argument became louder and then there was a series of gun shots and the men scurried out of the saloon by all doors.

The saloon keeper said that when he entered the back room he found Timothy Quilty on the floor one bullet had struck Timothy Quilty in the back of the head and two in the left breast, his brother James Quilty was sitting motionless in a chair. James was revived and questioned by detectives, but seemed unable to give any coherent account of what had taken place. A gun was found in his coat pocket which led to his arrest on a charge of violation of the Sullivan act. The police believe that the weapon was placed in Quilty’s pocket by the murderer before he left the saloon. Everyone in the saloon never heard the shot or seen the killer, just a shrug of the shoulders.

Eddie Hughes was next, Hughes was a capable gunman and led detectives to believe he was involved with the shooting of Bill Lovett on the 3rd of January, just like the other murders no one heard anything or saw anything. The newspapers began demanding that police do more about the spate of killings. There was nothing the police could do, although there were whispers that Lovett had killed Hughes, there was no evidence to link Lovett to the murder.

Then one night as police entered a restaurant they noticed that Lovett had thrown something away as they walked in, officers grabbed Lovett while another searched for what was thrown. It was a gun, they arrested Lovett on violation of the Sullivan Act, the first solid bit of evidence they could pin on Lovett since 1912, eleven years previously. A grand jury brought an indictment.

Lovett professed that he was being framed but the police equally plead their case that Lovett had thrown the gun. The jury was divided and resulted in Bill Lovett being released on a $5,000 bond. Richard “Pegleg” Lonergan, Lovett’s lieutenant arrived with the money and Bill Lovett was free again.

“Pegleg” Lonergan came from something of a crime family dynasty, his uncle Jake Brady was the leader of a gang from the Lower East Side of Manhattan, the Yakey Yakes, a tough group of gangsters who battled for control of that territory with other equally tough gangs, the Monk Eastman gang and the Five Points gang. Lonergans mother had been arrested and put on trial for the murder of “Peglegs” father, the jury found her not guilty. Bill Lovett, Pegleg Lonergan, Mrs Lonergan and her daughter Anna went out to celebrate together.

While celebrating Bill Lovett, who had fallen for Anna Lonergan said “I’m washed upon the whole business now-let’s get married.” Ten minutes later they were all on the way to the marriage license bureau and they were married then and there. Bill Lovett had said “Now, if there are any more murders in the next two weeks they ain’t mine; I’m honey­mooning at Long Beach.” It was during the honeymoon that Anna had convinced Bill Lovett that being a gangster wasn’t all that it was cut out to be. She had convinced him that a house in New Jersey and a job to go with it were the right way to do things.

Lovett had apparently turned a new leaf and was living the life of a married man but one day Lovett had told Anna that he had to go to New York for business, important business. He promised he would just to Manhattan and back, he would stay away from Brooklyn. Two days later “Wild” Bill lovett’s dead body was found at 25 Bridge Street. 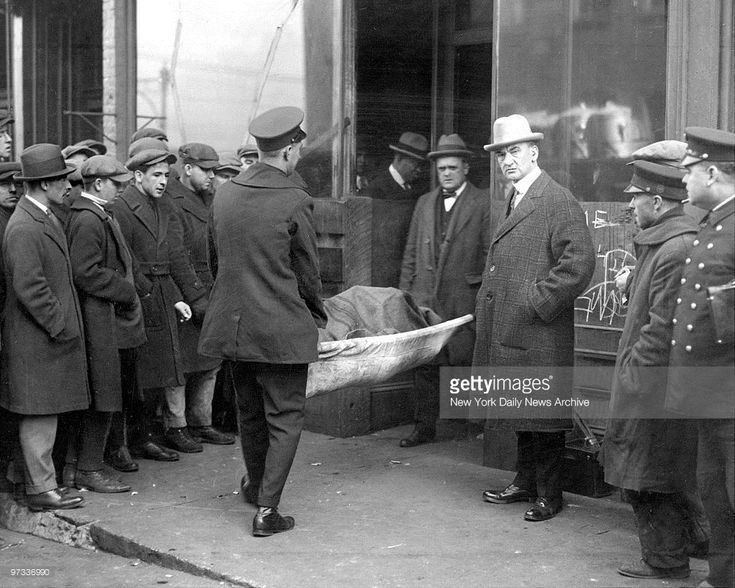 The murderers had crushed Bill Lovetts head with a blunt object, believed to be a heavy metal pipe, he was hit so hard that his skull had splintered and the splinters had lodged into his brain. And just for good measure he was shot three times just to make sure he was finally dead. Detectives who had worked tirelessly to solve the murders attributed to Bill Lovett were quietly happy to see the end of Bill Lovett but wanted to solve his murder also.

The last two people to see Bill Lovett alive were “Pegleg” Lonergan and Joe Byrne both close friends of Lovett were questioned but police knew of their close friendship and ruled them out. Apparently on the last night of his life Bill, Lonergan and Byrne had spent the previous days drinking heavy, Bill had had enough while Lonergan and Byrne carried him to Bridge Street to sleep it off, they hung around long enough to finish off a bottle of whiskey and then left.

“Wild” Bill Lovett was given a full military funeral and his former comrades from the Thirteenth Machine Gun Battalion, Company C fired a salute of his grave. 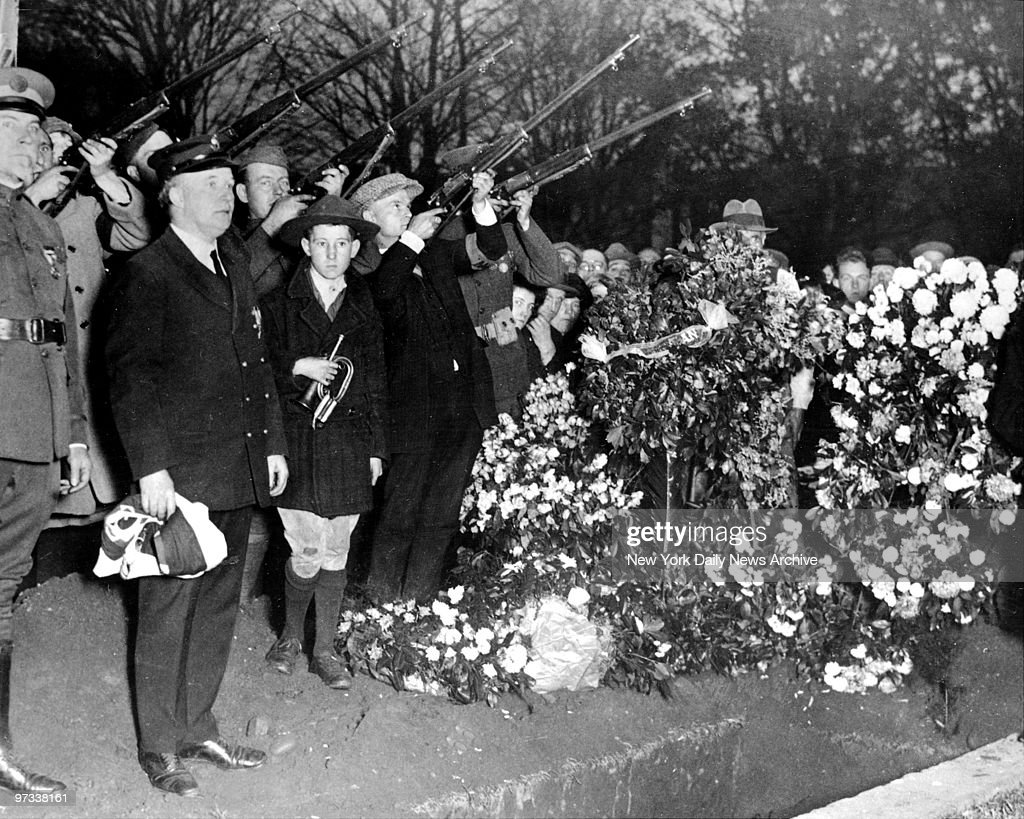 Richard “Pegleg” Lonergan assumed control of the gang until his murder in 1926. “Wild” Bill Lovetts murder has been unsolved. The popular story suggests that he was murdered on the orders of Frankie Yale but ultimately the police didn’t care, that was that in their eyes