In the pursuit of bringing down the Mafia in Boston’s North End, John Connolly had help from Whitey Bulger & Steve Flemmi who had supplied Connolly with a diagram of where to place the bugs in the office in Angulo’s headquarters at 98 Prince Street. Finally the FBI could get a bug into the office and start building a case.

On a night in 1981 just after midnight the FBI entry team began to move out from their headquarters about a mile away in downtown Boston. After everyone was in place in the North End, John Morris, the Organized Crime Squad supervisor, called the shots over a two-way radio from a car on the other side of a small hill from Angiulo’s office.

At around 2 am the word came through that “all’s quiet.” Morris dispatched two agents and an FBI locksmith down the hill to 98 Prince Street. They were to break into Angiulo’s office. Surveillance had revealed that early Monday morning was the quietest time of the week in the neighborhood. As the two agents and locksmith gained access to Angiulo’s office, Morris gave orders for agents to close off Prince Street, hoods were popped and agents stood by “broken down” cars to make sure no traffic drove by 98 Prince while agents getting to work planting the bugs. Morris then ordered the second team of agents inside, these were the technical squad 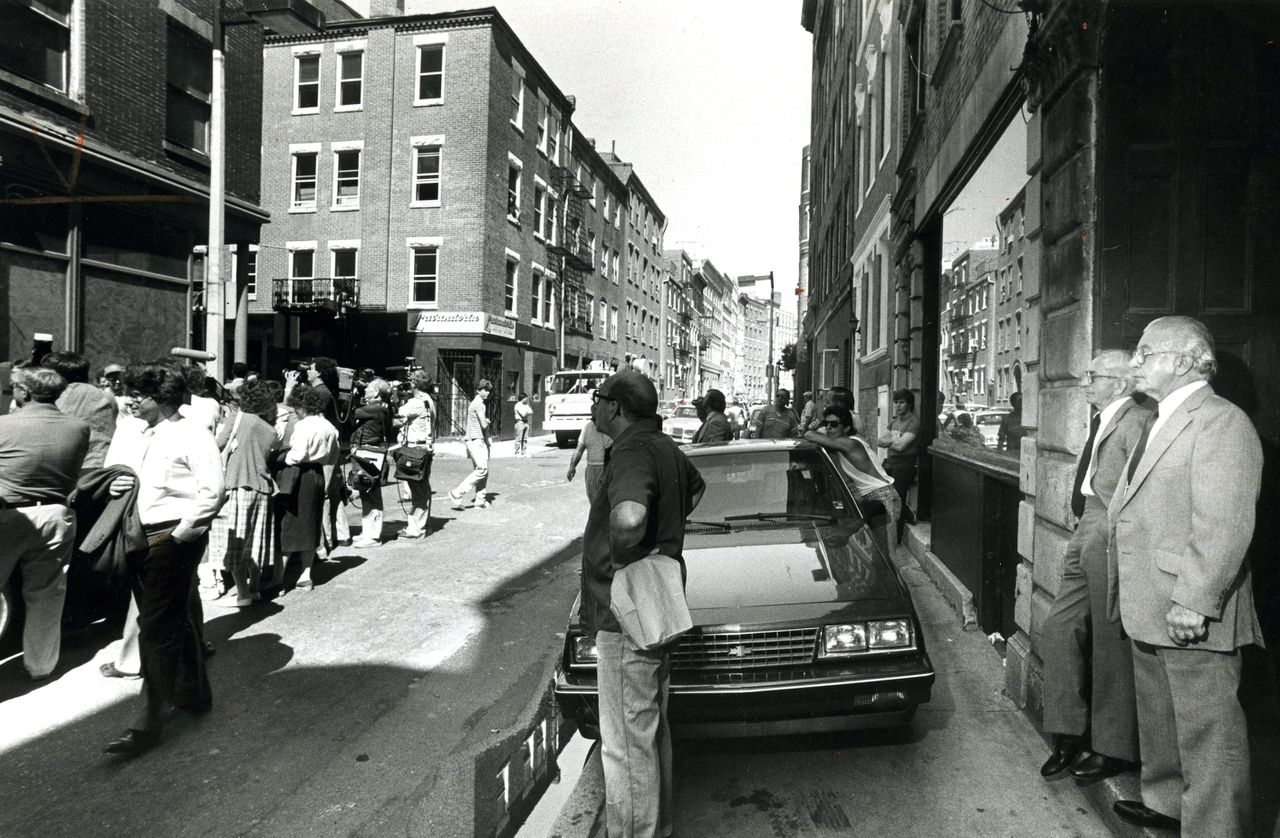 Using cloth-covered flashlights it took the technical team three hours to plant two bugs in a side wall and wire them to big batteries that were hidden in the ceiling. The bugs were designed to transmit a scrambled signal to stop them being picked up by scanners and to send the conversations across Boston Harbor to an apartment in Charlestown. The operation, codenamed Bostar would last about a year. The tapes that would be devastating to Angiulo were mounted and ready to roll.

Interestingly throughout the year of bugging the office both Whitey Bulger and Steve Flemmi were never around, having been tipped off by John Connolly that the offices were bugged and that they would be more than likely be discussed on the tapes but it would be just hearsay. The tapes picked up Jerry Angiulo noticed that Bulger and Flemmi hadnt been around “for two fuckin’ months”. The FBI “pretended not to hear” the Angiulo’s talking about Bulger and Flemmi’s loan-sharking and potential use of being hitmen for the Mafia.

The tapes had picked up Larry Zannino talking about how formidable partners were in loan sharking and gambling operations. They picked up conversations of how the Mafia would divide proceeds of gambling and loansharking territory with Bulger and Flemmi. They heard Angiulo himself say “Whitey has all of South Boston and Stevie has all of the South End” while talking about millions of dollars in extorted payments by the FBI’s no. 1 “informants”.

The FBI not only left Bulger and Flemmi alone those fiefdoms; they protected them. And the FBI’s protection was just confined to nonviolent crimes. The bulk of the business was from extorting drug dealers and bookies who faced ultimatums every month to either pay or die. Whitey Bulger was eventually charged with 19 murders, most of which happened under the protection from the FBI 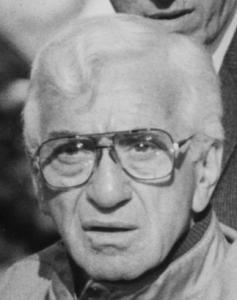 In 1983 the FBI finally had enough evidence and arrested Gennaro (Jerry) Angiulo and his brothers Donato, Francesco, Michele another brother Vittore Nicolo, however he never went to trial because of an illness and died soon after. The remaining brothers all went to prison on racketeering charges. 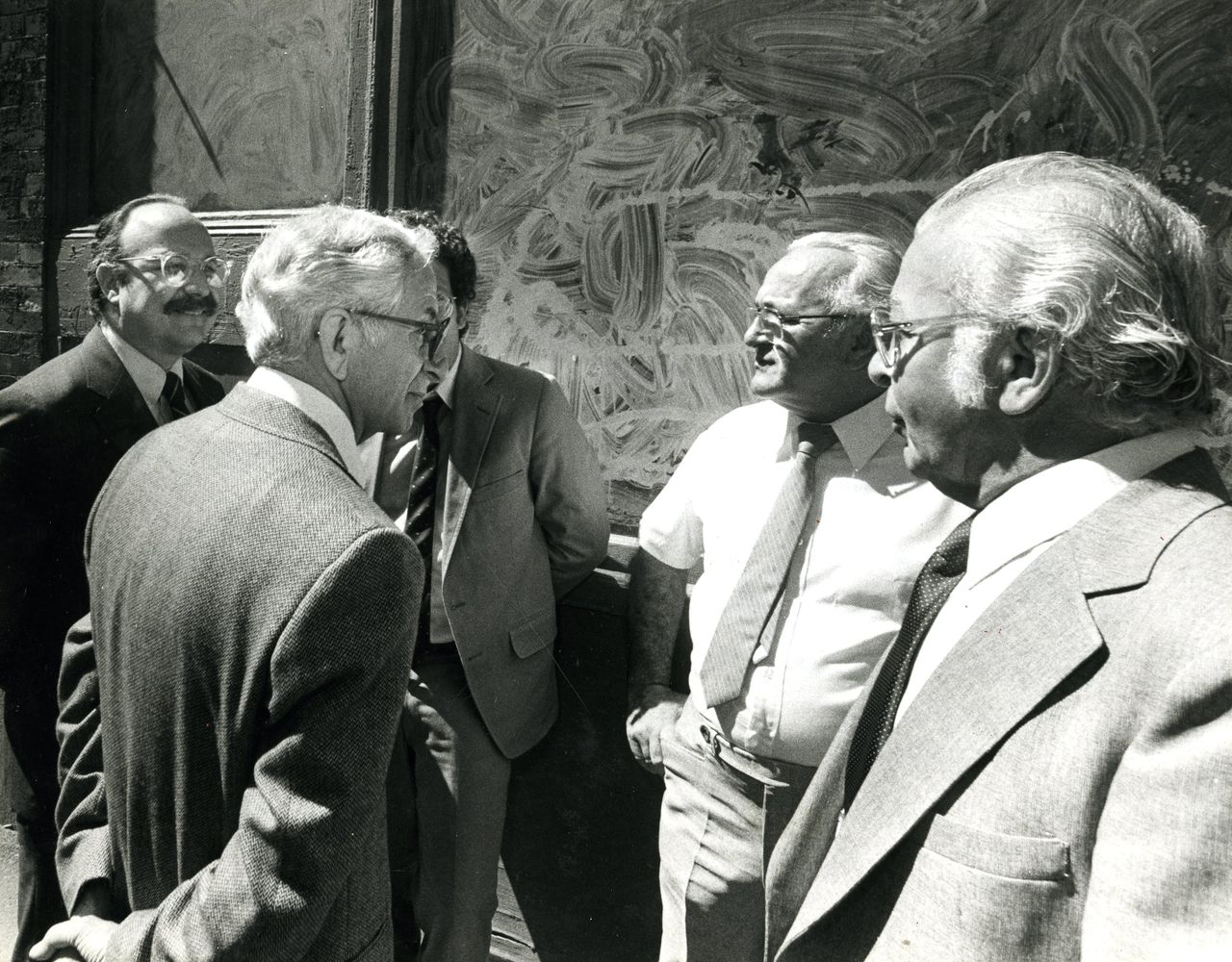 Francesco Angiulo (hand behind back), with brothers Michele (without jacket) and Donato at their Prince Street office.

The case against the Mafia in Boston was seen as a great success for John Connolly, John Morris and the FBI. It was also a success for Whitey Bulger and Steve Flemmi as they had successfully removed their main competitors in Boston and would rule through fear and an iron fist for many years to come.

← A night with the Whyo’s ← Paul McGonagle