The Hudson Dusters were a street gang that were founded in the late 1890s by “Circular Jack”, “Kid Yorke”, and Francis “Goo Goo” Knox, the gang began operating from an apartment house on Hudson Street. Goo Goo Knox, a former and noted member of the Gopher Gang who ruled Hell’s Kitchen with an iron fist, Knox had fled the Gophers and the Westside after a failed attempt to gain leadership of the gang from its then leader One Lung Curran.

The Hudson Duster’s had some colorful characters, with some colorful names to match, Bum Rodgers, Rubber Shaw, Ding Dong & Red Farrell to name a few, however they were all very accomplished criminals who ruled over their territory, their main haunt was Greenwich Village but their territory ran as far as 13th Street and eastern Broadway. While the Hudson Dusters dominated the West Side, it constantly battled smaller gangs like the Fashion Plates, the Pearl Buttons, and the Marginals for control of the Hudson River docks throughout the 1900s. They eventually drove out the rival gangs through sheer force of numbers, they had over 200 members. However the Marginals would be allied with the much larger Gopher Gang from Hell’s Kitchen.

Westside of Manhattan from the Hudson River

Charles “Red” Farrell a longtime burglar and pickpocket, Farrell would be in and out of prison from 1883 onwards. “Rubber” Shaw became one of the later gang leaders,

In the early days of the gang they had their headquarters in an apartment building on Hudson and 13th Street, the apartment building owner had “donated” to them two rooms within the building but as their numbers grew they had to find another headquarters, which was an old house on Hudson Street, where they became a nuisance to store owners and residents, few complaints were made as the gang were quick to take revenge. In one case a saloon owner refused to give them beer for a party, the gang went to the saloon in numbers, wrecked the property and took the saloons entire stock of alcohol.

The Hudson Dusters were favorites of journalists who frequented and their exploits were well documented. Activist Dorothy Day would party with the Dusters around Greenwich Village when she was younger.

Many of the gangs members, including most of its leaders, had become drug addicts and were known for their wild cocaine parties in which the gang wandered the city afterwards in a drugged state committing violent acts.

One victim of these attacks was a member of the rival Gopher Gang, Owney “The Killer” Madden who was shot six times at the Arbor Dance Hall on 52nd Street near Seventh Avenue. This resulted in the deaths of three of the Hudson Duster gang members less than a week later. While recovering in hospital, Madden refused to cooperate with police, instead he had ideas of his own. 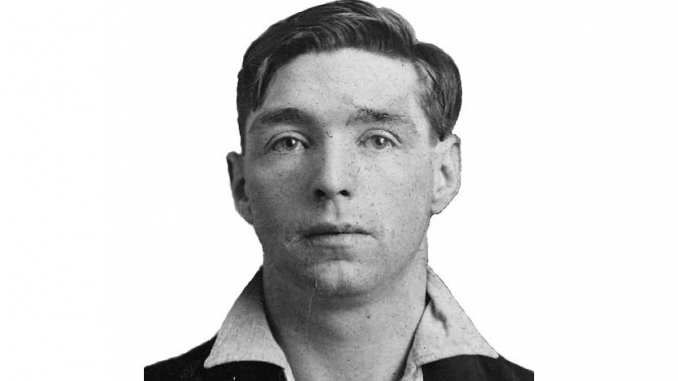 They also werent afraid to assault the police. Patrolman Dennis Sullivan of Charles Street station had vowed to single handedly smash the Hudson Dusters, he made good on that vow when he arrested Charles “Red” Farrell, then leader of the gang and 9 others in a pool hall. The Dusters lured officer Sullivan into Greenwich Village when a member of the public made a complaint against one member of the gang, as Sullivan was making the arrest other members of the gang jumped Sullivan and rained punches and kicks, hitting him with stones and blackjacks. Sullivan received a severe beating and it only stopped when he was unconscious, police reserves brought Sullivan to hospital where he remained for a few weeks while he recovered.

The gang faded away during the 1910’s due to most of their leaders and members becoming drug addicts or ending up dead or in prison by 1916. However some of the members continued their lives of crime into the 1920’s and the Prohibition Era.

On 28 November 1914, Little Patsy Doyle was lured to Nash’s Cafe by Madden’s girlfriends Margaret Everdeane and Freda Horner, and two gunmen followed him into the restaurant. Doyle talked to the girls before turning to see the gunmen, and he was shot several times. Doyle limped to the doorway of the restaurant, and he collapsed on the sidewalk and died. Owney Madden would be charge and sentenced to 10 to 20 years for this murder but only served 9 years before being released in 1923.

Francis “Goo Goo” Knox was involved in bootlegging in the early years of the Prohibition Era but was killed in what police thought was a dispute over bootlegging.

Charles “Red” Farrell finally had his ninth and final arrest in August 1922 when he was 71 years old and one of the oldest pickpockets operating in the city, was sentenced to six months in prison.

“Rubber” Shaw was shot in a drive-by shooting while standing on a street corner with George Lewis on July 31, 1919. His death is thought to have been in revenge for the murder of rival gang leader Thomas “Tanner” Smith of the Marginals only five days before.

Another member Ike Smith died in a hail of bullets after leaving a party at La Vie restaurant on Broadway and 48th Street, a gunman or men had been waiting in an alley near some shops and opened fire when they saw Smith. The motives are unexplained.

Richard “Rickey” Harrison was a prominent member during the early of the gang, Harrison survived an attempt on his life while imprisoned in The Tombs when he was stabbed in November 1914, and refused to identify his attacker. Later arrested for the robbery of the Knickerbocker Waiters Club on September 7, 1918 where a visiting Canadian soldier was killed), he escaped from The Tombs on October 4. However he was recaptured by detectives in Newark on October 16. Eventually extradited to New York, despite appeals to the US Supreme Court, he was convicted of murder and armed robbery for which he was executed by the electric chair in Sing Sing Prison on May 13, 1920 along with another former gang member Chester Cantine, who went to the chair before him. Harrison’s last words were “Let us hope and pray they will never do this thing to another man, innocent or guilty”

“Bum” Rodgers was involved in a robbery gone wrong in New Jersey in 1928, Rodgers was part of James “Killer” Cunniffe’s gang in what was described as a spectacular mail robbery, where John Enz was shot dead.

← The Water Street Revival ← A night with the Whyo’s