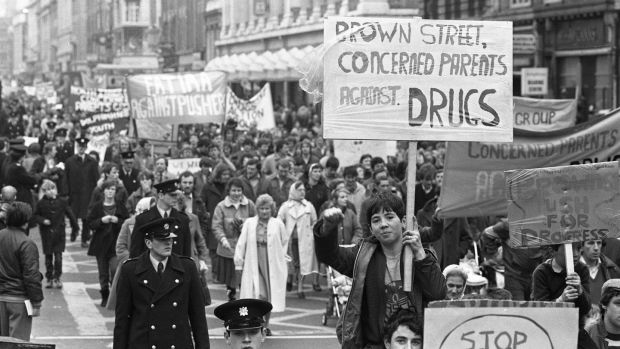 In Dublin in the 1980’s & 90’s drugs were rampant, especially in the inner city and parents were getting fed up with their sons and daughters being addicted or worse dying of drugs, they got together and formed Concerned Parents Against Drugs (CPAD) in 1983, an action group determined to rid their neighborhoods of drugs and drug dealers, namely heroin. Heroin use in Ireland at the time reached epidemic levels.

What started mainly in the North & South inner city communities soon spread to the other communities in Dublin, parents everywhere had enough and wanted change, with the Gardai (Police) unable or unwilling to stop it. Community leaders organized citizen checkpoints and patrols in badly affected areas in order to curtail drug activity. 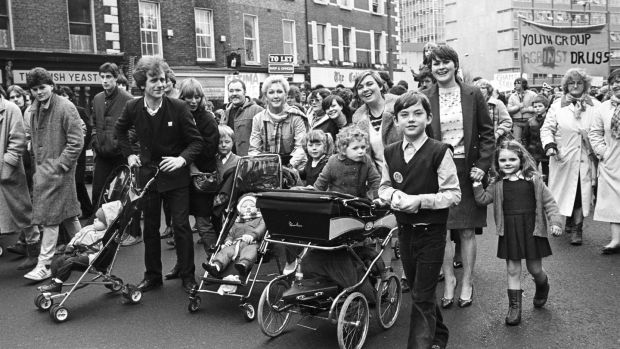 “That day we had a meeting and the women said, ‘What do we call ourselves?’ and I said, ‘Why don’t we call ourselves, ‘Concerned Parents’ because that’s what ye are’. It was a room full of mammies and daddies with an IRA activist and a priest.” What did they do? “We marched on four dealers that night. Three of them agreed to cease and help out and one didn’t and we put them out physically, [me] and the priest and the mothers and fathers. We took out their possessions, which wasn’t much and we told them to leave.”

Its alleged that at some point the movement was infiltrated by members of the Provisional IRA and Sinn Fein, they were the only political party who would devote resources and time to the grass roots community level, this of course led a hostile campaign by the media.

Sooner or later the movement developed a vigilante problem that took the law into their own hands and began to dishing out some justice of their own. Some members start targeting other criminals who had no involvement with drugs, armed robbers etc. in particular The General Martin Cahill and his gang, though its known that some of his gang had become involved with drugs themselves.

After being targeted and in some cases attacked, Martin Cahill and others set up their own action group to counter, the Concerned Criminals Action Committee (CCAC). Members of CCAC stated that they were not organizing in support of the drug trade, but rather they were concerned that CPAD was reporting other criminal activities to the Gardai (Police) and interfering with non-drug criminal activities. 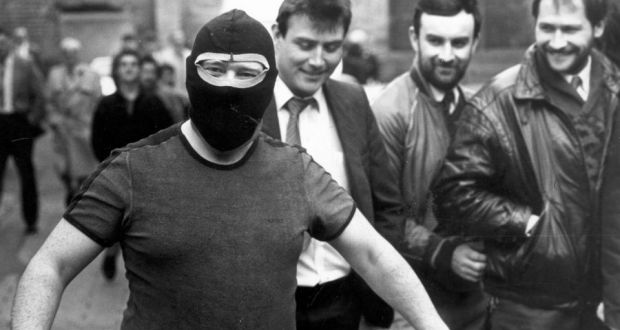 Naturally this caused tension between the rival groups as attacks began happening to anti-drug activists as well. The group also smashed up houses belonging to figures involved with anti-drugs activities after they had marched on the house of Seamus Hogan. Seamus Hogan acted as CCAC group spokesman and was interviewed by a number of journalists.

There were peace meetings held in an area of Dublin between Hogan and his associates and representatives of Sinn Fein. It was agreed if there was any further violence between the two groups there would be inquiries. However, breaches of the peace took place almost immediately.

Hogan would be arrested and questioned about the shooting and injuring of an anti-drugs activist, Joe Flynn, at St Theresa’s Gardens in south Dublin. The following morning an IRA gang kidnapped one of Hogan’s associates, Tommy Gaffney.

Gaffney disappeared for a week. Then the IRA gang attempted to kidnap another Cahill gang member. The kidnappers were intercepted a few hours later by Gardai in Phoenix Park and opened fire on them. Four IRA members were captured and later sentenced for kidnapping and possession of guns. The hostages were freed.

The Concerned Parents Against Drugs group would re-emerge during the 1990’s under the name COCAD. Like the previous CPAD group they also set up check points and patrols and organized marches, where hundreds of mothers, fathers & children would meet at a certain point and then march to a known drug dealers house and hold a protest and demand they leave the area. Posters with photos, names and addresses of drug dealers would also be posted in the affected neighborhoods and in some cases dealers were forcibly evicted from their houses. 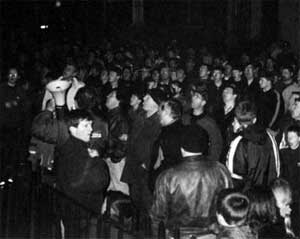 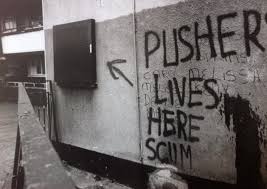 There was a song written by one of Ireland’s most popular folk hero’s Christy Moore as the heroin epidemic was such a problem in Dublin at the time that it was the issue of the day. I do also remember witnessing some of these marches to drug dealers houses in the 1990’s, hundreds of mothers, fathers, brothers, sisters & children all working together for their communities.