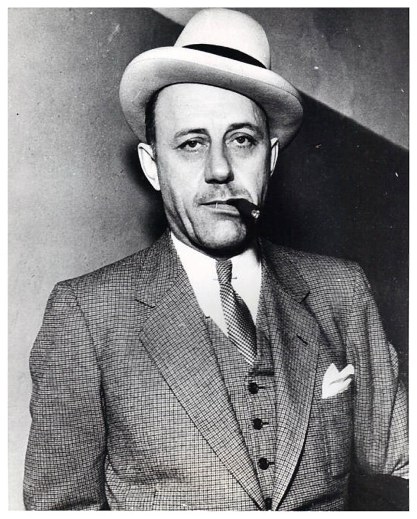 “Spike” O’Donnell was one of the rare breed of gangsters from the Prohibition era to retire from the rackets, maintain his political clout and die of natural causes.

A true tough guy O’Donnell survived 10 assassination attempts, including the first recorded use of the Tommy Gun or what became known as the “Chicago Typewriter” in Chicago.

No stranger to the media O’Donnell was spread across the news at the Los Angeles 1932 Summer Olympic Games, but insisted he was only there as tourist. He also had a speaking tour in London as a lecturer on Organized Crime.

In the end having lost two brothers, 8 of his gang members and survived ten assassination attempts “Spike” O’Donnell died on August 26,1962, from a massive coronary thrombosis.