The Fox Lake Massacre was an event when Prohibition Era violence spilled over into Lake County, northeastern Illinois on June 1, 1930. Gangsters from Terry “Machine Gun” Druggan & Frankie Lake’s gang were gunned down at Manning’s Hotel in Fox Lake.

At 1:40 a.m. on June 1, 1930, mobsters who were in the enclosed porch at Manning’s Hotel were machine-gunned without warning, its believed there was at least two gunmen with Tommy Guns who opened fire through the window. Louis Capella, who was a bartender in Manning’s Hotel, said “They were having a good time all evening.” All was “merriment” that night. Just before the shooting he started sweeping around the Druggan table to give them the hint to leave. When he heard the first shot, he dove behind the bar and escaped injury. “When it was quiet, I looked out and saw some of the injured people running.” 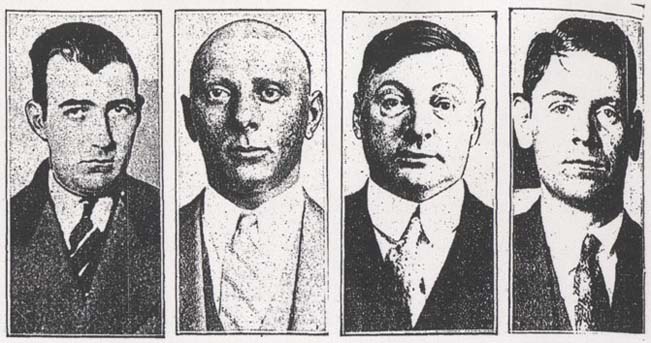 There were five victims, three died, Michael Quirt, Sam Pellar, and Joseph Bertsche. George Druggan, the brother of Terry Druggan, was severely wounded along with Vivian McGinnis, wife of Chicago attorney Arthur J. McGinnis, Mrs. McGinnis and George Druggan were driven to Chicago, two and half hours away, for medical attention. 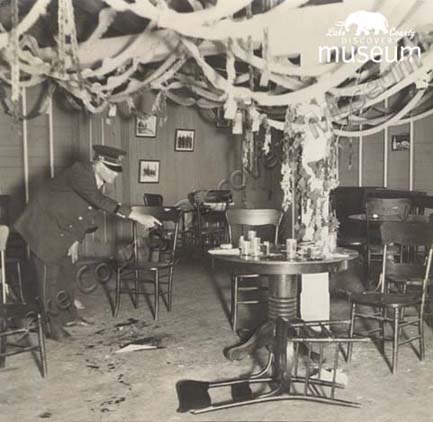 There are competing theories for the reason behind the shooting:

It was revenge for a high profile hit on a hitman for the Terrible Genna’s which happened the day before.

The shooting was linked to the Druggan / Lake gang muscling in on the area and trying to sell their beer, however the “local” beer supplier was “Bugs” Moran, who was said to be allied with Joe Aiello in the area. Its believed Moran’s North Side gangsters had been following the Druggan / Lake mob and waited till they were seated in Mannings and opened fire through the window.

The case remains unsolved but in the aftermath this and other lawlessness over 200 mobsters were arrested throughout Chicago.