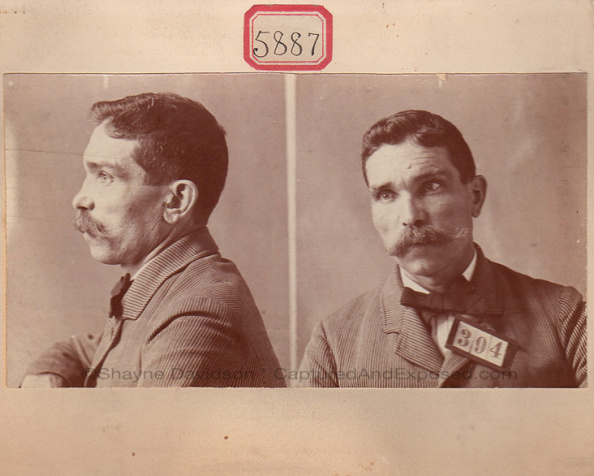 During the 1800’s and early 1900’s there was a practice that was used among some bartenders and saloon keepers, who were criminals themselves would spike drinks with knock-out drops or powders for the purpose of robbing a victim.

In Fort Wayne, Indiana was a bartender named Dennis Houlihan, who was known as the “Happy Hooligan” or “Knock out” who would practice such a crime on unsuspecting customers in his bars.

Dennis, an Irishman was described in the media of the day as a “grafter, dispenser of knock-out drugs and all round thing man.” He worked as a bartender at the Shamrock Saloon. Dennis Houlihan was arrested in August 1901 on suspicion of robbery having “relieved the pocket” of Shamrock customer Thomas Otis of $17.

However Thomas, who by all accounts had quite a few drinks, possibly with a bit of the old knock-out powder or drops added to his drinks. Thomas Otis wasn’t able to say with any certainty where his money went and the case against Dennis was dismissed.

Police were informed that Dennis and Jack Cain, the saloon owner previously ran a notorious dive bar in Cleveland, where sailors were regularly given knock-out drops and robbed of their cash.

Unwilling to let Dennis go free, he was immediately rearrested for “flim flamming” a man out of a twenty-dollar bill at a different bar. This time the charges stuck and Dennis “Knock out” Houlihan got a $200 fine and six months in the workhouse.

Another notorious practitioner of this art was an infamous gangster and saloon owner in New York City, Thomas “Shang” Draper. Draper was what was known at the time a Shanghaier, which is how he got his nickname. Shanghaing was another form of knocking out and robbing people, Draper would add the knockout drops to the drinks of unsuspecting sailors and customers, when the drugs kicked in the person would be robbed and when they would wake up much later they often found themselves on board boats far out to sea, sailing to far off places in the world.