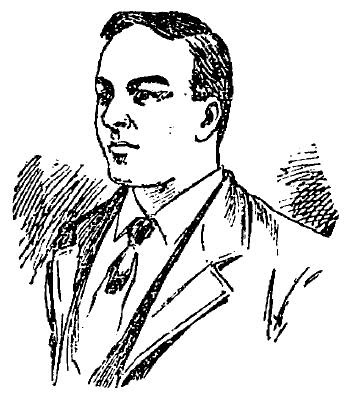 Thomas “Buff” Higgins was a notorious figure around the streets of Chicago’s Bloody Maxwell neighborhood, born in Ireland in the early 1870s, Buff Higgins immigrated with his parents to Chicago at the age of 2. As a boy, Higgins attended the Walsh School, where schoolboys banded together in groups, Irish, German, Polish etc

In pre Prohibition Era Chicago the John A. Walsh school in the Bloody Maxwell district stood right in the middle of a divided neighborhood the Irisher’s on one side & The Bohemians on the other. Between 1880 & 1905 fights were common in the schoolyard, and through them, Buff Higgins learned to fight.

According to the Chicago Tribune, “Fighting came to him easily, and nature had given him a body well adapted for physical combat. Experience supplemented his natural ability as a fighter and it was not long before ‘Buff’ Higgins was a man to be feared by each and every one who happened to come into contact with him.”

On the morning of September 3, 1893, Higgins, joined by two associates, Harry “Sheeney Joe” Feinberg and Edward “Red” Gary, were involved in a robbery-gone-wrong at the McCooey home on Peoria Street, where Peter McCooey was fatally shot, but stayed alive long enough to name “Buff” Higgins as the shooter.

It’s here where accounts differ about what happened next. According to the police report.

Under intense interrogation by police, Higgins denied being a part of the crew at the McCooey home. Thinking he might react to the crime scene, officers brought Higgins back to the McCooey home, and made him face the family. They returned to the police station, and under continued questioning, Higgins confessed, signing a statement saying he had committed the murder of Peter McCooey.

In Higgins’ own account, which he gave in court was very different. In Higgins version of events, after returning from the McCooey home, the police stripped him naked and threw him into a basement cell, where he remained for four days without food or drink. He requested his lawyer, A.J. Hanlon, the police refused. Finally, after four days, when Higgins was famished and devoid of all hope, the police captain appeared at his cell with a bottle of whiskey, Higgins told the captain there was 50 cents in his clothes that he would happily trade for the liquor, and the captain obliged. Buff Higgins was quickly in a state of delirious drunkenness. It was at this point, Higgins claimed, that the captain offered him his freedom. All he had to do was sign a statement declaring his innocence, and he would be free to go. Higgins signed, while drunk, without his lawyer present and more than likely illiterate, so couldnt read anyway. Within 3 months on November 29, 1893, a jury returned a verdict of first-degree murder against Buff Higgins, and sentenced him to death.

He did lodge an appeal, however the appeal failed. On March 23, 1894, Buff Higgins was led onto the platform and a noose placed around his head and he was hanged.