Thomas “Shang” Draper, was a criminal, gang leader and saloon owner. His bar was located on West 28th Street in New York. He was also a front or fence for other criminals that worked the waterfront.

The “shang” part of his name came about because he would use his bar to drug or “Shanghai” unsuspecting victims, usually by putting drugs into their drinks, robbing them and when the victim would wake up much later, they would find themselves far out to sea “working” on boats and sailing to far off places, sometimes taking months to get home again. Shanghaiing wasnt uncommon in the 1800’s, one of the more notorious Shanghai artists was Tommy Hadden but one of the most infamous was Mickey Finn.

“Shang” Draper is credited for creating the “badger” game, this was usually worked on unsuspecting victims in his bar, one of his bar girls to lure drunken men into a dark room where they would be beaten, robbed and thrown out on the street. Draper made thousands of dollars using this technique.

He worked closely with Fredericka “Marm” Mandelbaum, a fence for the city’s criminals and who had funded some of Drapers bank robberies, not all of them were successful. “Marm” Mandelbaum could be seen as a female gang boss, who had a bunch of notorious gangsters and women thieves working for her. Mandelbaum was known to fund criminal activities for a cut of the profits, one such job she helped fund was the Manhattan Savings Institution Bank Robbery in 1878.

The Manhattan Savings Institution Robbery was a well planned bank job that netted the robbers nearly $3 million in currency and securities, in today’s dollars it remains the largest bank robbery in history. The crew that was put together included some of the most well known characters of the day. 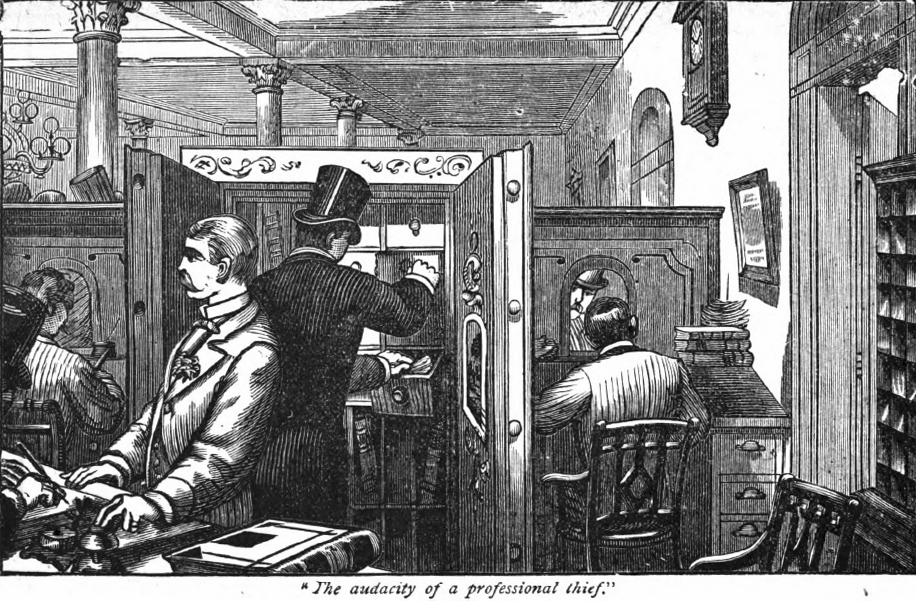 George Leonidas Leslie who was the son of a wealthy Cincinnati brewer, Leslie moved to New York to become a bank robber. He was a trained architect, adept at engineering and invention. Leslie had invented a safe-cracking tool called it “the little joker”—it was a metal disk that, when placed behind the dial of a combination lock, would record the numbers of the combination.

The muscle of the gang was Red Leary, who stood six foot four and had a hair trigger temper. While the plan explicitly avoided violence, it didn’t hurt to have some intimidation, if only to keep the gang in line. Other members of the gang included Old Jimmy Hope, Johnny Irving, Piano Charlie Bullard, Johnny Dobbs and more.

However, tensions grew between the gangsters and Leslie split leaving the gang and taking his “Little Joker” safe-cracking tool and plans for the bank with him and joining up with Travelling Mike Grady and his gang including Johnny “The Mick” Walsh. This didnt sit well with Leslie’s former gang, there were also rumors that Leslie was having an affair with “Shang” Drapers wife. Either way George Leonidas Leslie’s body was found partly decomposed near Yonkers in New York, he had been shot twice in the head and once in the chest.

“Shang” Draper now took over the running of the gang to do the Manhattan Savings Institution job which took place 5 months after Leslie’s death.

Draper was also responsible for shooting and injuring one of the Dutch mobs leaders, Billy Porter or known by his real name William O’Brien in “Shang” Drapers saloon on Sixth Avenue, Billy Porter had just shot and killed Johnny The Mick Walsh, leader of the Walshers, only moments before Johnny the Mick had shot and killed Johnny Irving the leader of the Dutch Mob and an associate of “Shang” Draper. 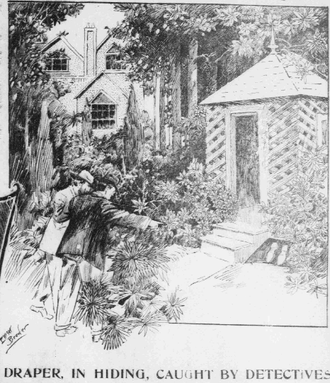 In an attempt to go straight Draper would eventually leave New York and open a sporting goods store, which for a time was successful but he lost everything due to gambling debts. Thomas “Shang” Draper died in 1907

← Billy Porter and the Dutch Mob ← The Tweed Ring