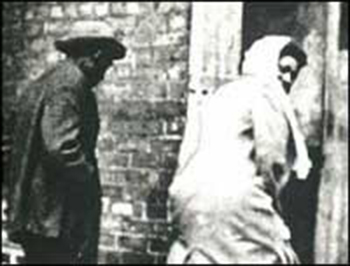 Fredericka “Marm” Mandelbaum was a New York entrepreneur and operated as a criminal fence to many of the street gangs and criminals of the city’s underworld, handling between $1-5 million in stolen goods between 1862 until 1884.

Like her rival John D. Grady and the Grady Gang, she also became a patron to the criminal elements of the city and was involved in financing and organizing numerous burglaries and other criminal operations throughout the post-American Civil War era.

Emigrating from Prussia with her husband Wolfe Mandelbaum, the two arrived in New York in 1848. Purchasing a dry goods store on Clinton Street, by 1854, the business was operating as a front for the Mandelbaums’ criminal operations (she would later need to store goods in two large warehouses in the city).

However, instead of waiting to be approached by criminals, Mandelbaum began financing thieves and burglars and was involved in planning some of the biggest thefts in the city’s history.

Expanding her operations, she controlled several gangs of blackmailers and confidence men as well as a school to recruit and teach younger criminals on pickpocketing.

During this time, she had become one of New York’s most prominent hostesses of New York’s high society, as well as the underworld, regularly associating with some of the most well-known criminals of the day including Queen Liz, Big Mary, “Black” Lena Kleinschmidt, Adam Worth, Sophie Lyons, Shang Draper and George Leonidas Leslie as well as judges and police officials.

Eventually she became under investigation and ran to Canada, where she worked for charities. She is said to have died in Canada but some think she faked her death and moved back to New York again 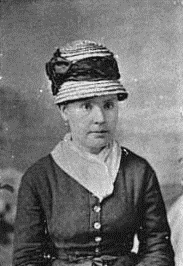 Little Annie Reilly also known under the aliases Kate Cooley, Connelly and Manning she was a thief and con artist widely regarded as “the cleverest woman in her line in America”

She was one of Fredericka “Marm” Mandelbaums elite inner circle during the 1860’s & 70’s. Annie Reilly was born in Ireland in 1844. She later immigrated to the United States and settled down in New York City.

As of 1886, she had stolen more property in the last fifteen years than any other female thief in the United States. Read more about her Little Annie Reilly 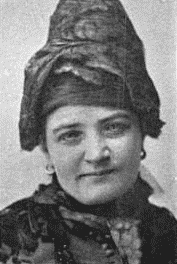 Sophie Lyons was one of the country’s most notorious female thieves, pickpockets, shoplifters and confidence women during the mid-to-late 19th century.

She and her husbands Ned Lyons and Billy Burke were among the most sought-after career criminals in the United States and Canada, being wanted in several major cities including Philadelphia, Boston and Montreal, from the 1860s until the turn of the century.

She was one of Fredericka “Marm” Mandelbaums elite inner circle.

Lena Kleinschmidt was a prominent jewel thief during the late 19th century, she was an associate of fence Fredericka “Marm” Mandelbaum and Adam Worth.

Among others in Mandelbaum’s clique, she and con artist Sophie Lyons served as protégés early in their careers shoplifting and pick pocketing. Lena eventually moved to Hackensack, New Jersey, and, while posing as the wealthy widow of a South American mining tycoon, became known as a local hostess giving elaborate dinner parties in the style of Mandelbaum. 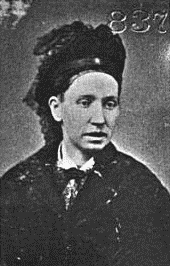 Ellen Clegg specialized in pick pocketing and shoplifting. She was an associate of Marm Mandelbaum and she was well known to authorities in several major cities along with her husband James “Old Jimmy” Clegg and she also had an extensive arrest record.

On December 1876 she was arrested along with Tilly Miller, “Black” Lena Kleinschmidt and four other shoplifters in Boston and had her picture taken by the Boston Police Department for the “Rogues’ Gallery”, which was an early police database of known criminals.

She was later arrested in the city for pick pocketing two years later and sent to the House of Correction.

She returned to New York shortly after she was released and was arrested again 1879, she pleaded guilty and was sentenced to three years in Blackwell’s Island. 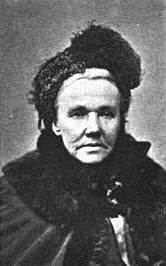 Margaret Brown was a criminal and thief during the late 19th century. She was most widely known under the name Old Mother Hubbard, after the nursery rhyme of that name, which was popular at the time. Among her aliases she also included the surnames Young and Haskins.

She was one of the most well-publicized female thieves in the United States during the mid-to late 19th century and was part of Marm Mandelbaum’s “inner circle” which included other well known women criminals.

Born in Ireland, she became a prominent shoplifter and pickpocket. She was employed as a housekeeper at times but she had a criminal career lasting over fifty years with many arrests and time in prison.

She ended her criminal career on Boston’s Deer Island due to her old age and infirmity., although she was originally sentenced to two years in Boston House of Correction.

← The Death of Bill “The Butcher” ← Yankee Sullivan Prizefighting Champion