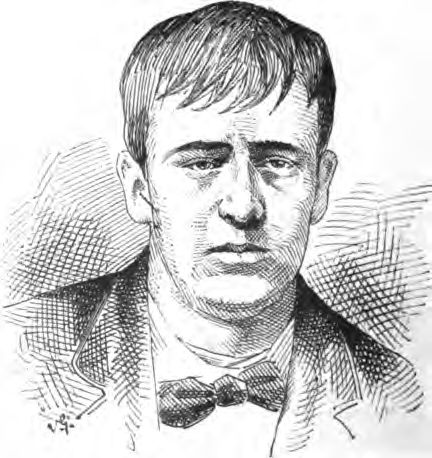 John Walsh or “Johnny The Mick” was a criminal and gangster in early New York, 1852 – 1883. He was leader of the gang The Walshers which he founded in the 1870’s and with their shakedowns and violence they were dominant around the Bowery in Lower Manhattan. This was a period when some of the biggest and most well known names were active.

George Leonidas Leslie a master safe cracker, Fredericka “Marm” Mandelbaum who had her own criminal network of pick pockets and thieves working for her were all connected to the Manhattan Savings Institution robbery of 1878, one the biggest bank robbery’s in US history.

“Johnny The Mick” was a stocky built man who was reportedly deadly with both his hands & knives who worked as an enforcer for another gangster, Mike Grady. Grady had been approached by George Leslie to act as muscle in the robbery, in which Walsh would be cut of the haul from the bank. George Leonidas Leslie would be murdered in a dispute connected with the bank robbery.

Over the years he developed a rivalry with another gangster, Johnny Irving, the leader of the Dutch Mob for control of the Bowery. Walsh had some old scores to settle with Johnny Irving. Walsh blamed Irving for being party to the murder of Leslie by luring him to his death

The police refused to interfere in the gang war, as was general policy at the time, preferring to allow the gangs to wipe each other out. On three separate occasions, the two gang leaders fought each other in knife fights although neither won.

The last encounter between the gangsters however also ended in a draw and both of their lives, according to an account in The New York Times. Walsh was drinking in a bar on 6th Avenue, when he was confronted by Irving and one of his gang, Billy Porter. During the argument, Walsh pulled out his gun and shot and killed Irving, in turn Porter then shot and killed Walsh. Porter would be arrested and questioned but later released with no charges.

Sources:
King of Heists: The Sensational Bank Robbery of 1878 That Shocked America