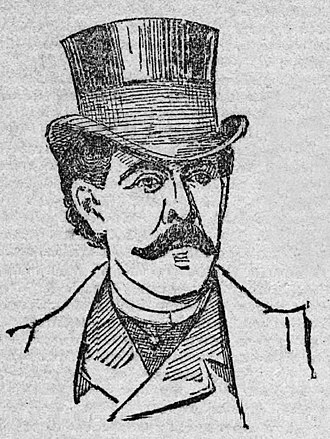 It was described by a journalist for the Cincinnati Inquirer as having “a beastliness and depravity… compared with which no chapter in the world’s history is equal.”

Armory Hall was often the scene of barroom brawls and gang violence.

Brawls and bloodshed were commonplace at McGlory’s. The incautious visitor who came there alone might be drugged, robbed, tossed into the street, and then stripped of all his clothing.

“As an entrepreneur of pleasure, McGlory took pride in his reputation for operating the most vicious and dangerous dive in New York.”

Drunken customers were robbed, mostly by the female regulars who flirted with the victim beforehand, and then dragged from a table by a bouncer and thrown out into the street. Once outside, the victim would be searched for anything of value and was usually stripped of his clothes

Many of the bouncers were well-known criminals and hired thugs of the Five Points. These men were described as “some of the most expert rough-and-tumble fighters of the period” and could be seen walking the club freely wearing pistols, knives, brass knuckles, and bludgeons which they often used against unruly or otherwise uncooperative customers

McGlory also held athletic events at Armory Hall and charged 15 cents to attend these promotions. In 1883, his Grand Scarlet Ball included a cakewalk, mixed boxing matches, a beauty contest and a masquerade ball

Armory Hall was entered from the street through a double doorway, which led into a long, narrow passageway with its walls pained “dead black”. Fifty feet down the unlighted passage was the barroom and from there the main dance hall, furnished with chairs and tables, which accommodated up to 700 people.

A balcony ran around two sides of the hall with small box seats, some containing secret compartments, separated by heavy curtains reserved for wealthy patrons. These were usually out-of-towners who were known as big spenders in the city’s many resorts and clubs. Private exhibitions were held in these boxes “even more degraded then the Haymarket”