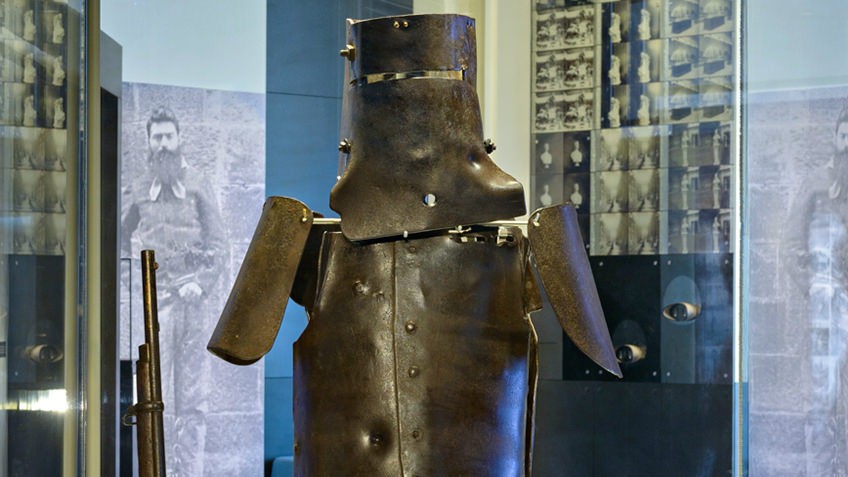 In a bit of a break we can have a look at Australia and one of the most famous gangsters / outlaw of them all Ned Kelly or Buckethead Ned. He was the son of Irish parents, his father Red Kelly had been a convict who had been sent to Van Diemen’s Land (Tasmania) in 1842, his mother Ellen moved to Australia with her family in 1841.

The Kelly’s were no stranger to the law, the police thought the whole family were trouble makers and criminal. His father Red Kelly had been arrested and put in jail a few times, his uncle James Kelly had been given the death penalty, which was later reduced to 15 years, for trying to burn down a house. So the Kellys were well on their way to becoming infamous.

In an incident in 1871, Ned escaped being shot by a police man, Ned had taken his friends horse to go to his home but he did not know the horse had been stolen from the post office, when he was seen by the police a fight broke out and the officer tried to shoot Ned three times but the gun jammed so the officer beat Ned over the head with it. Ned was sent to Pentridge Gaol in Melbourne and released in 1874. 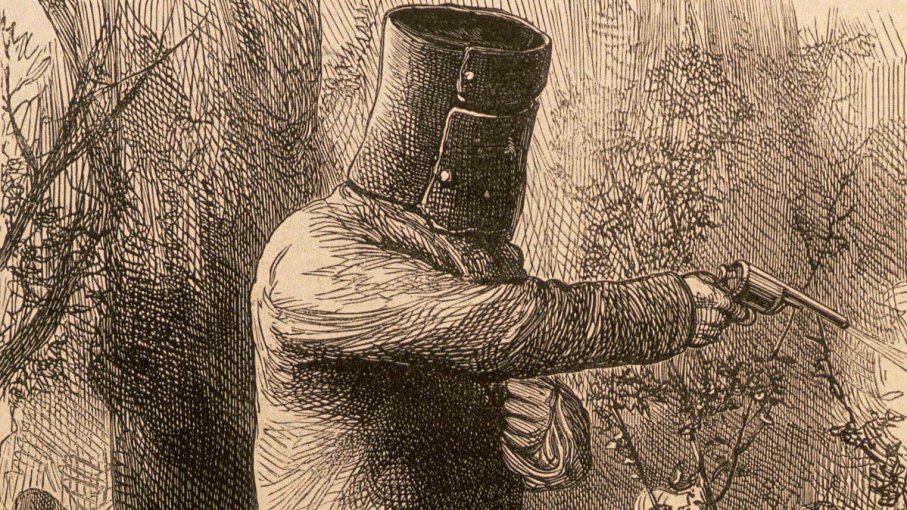 Constable Fitzpatrick was in charge of the small police station in Greta. Because of the Kelly’s long history of criminal activity, police given orders that they were not to go to the Kelly’s house alone. In April 1878, he went to the house to arrest Ned’s brother, Dan Kelly for horse stealing, Dan refused to go to the police station because the policeman did not have a warrant. This started a fight with members of the family and Fitzpatrick hurt his wrist. But when Fitzpatrick went back to the police station he said Ned had shot at him three times and Ellen Kelly had hit with a shovel. Police went to the Kelly house and arrested Ellen and she was sentenced to 3 years.

Ned and Dan Kelly went into hiding in the bush. They were later joined by two friends, Joe Byrne and Steve Hart. On 25 October 1878, police set out to find the Kellys. The group of police decided to split up to look for them, the Kellys heard the noise of the police and decided to capture them and take their guns, one policeman surrendered, the other pulled his gun and the Kelly brothers killed him.

The police in the other group who had left to find the brothers heard the noise and came back, drawing their weapons, one was killed instantly while the other ran, Ned Kelly chased him and shot him twice, while lying on the ground Ned shot him again and killed him. The policeman who surrendered escaped and made it back to the police station. This would lead to them having a reward of 2000 dollars captured dead or alive. 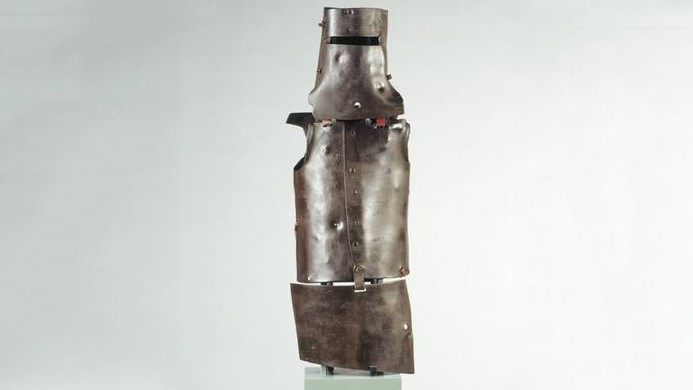 While the Kelly gang were on the run from the police for the next 18 months, they would rob banks, take hostages and even impersonate police officers and indeed would even write an 8,300 word letter, which now resides in the National Museum. The final showdown with the Kelly gang came when Ned and Steve Hart took 70 hostages at he Glenrowan Hotel, while Joe Byrne and Dan Kelly tried to derail a train that would carry the police, that plan failed. The police managed to get there and surround the hotel

Inside, the Kelly gang had made suits of armour including helmets, the armour weighed nearly half the body weight of each man, the suit of armour Ned Kelly wore is on display at the National Museum. Over the next seven hours the police and the Kellys had a shoot out, several of the hostages inside were injured and 3 died. Joe Byrne died of a gun shot wound through an artery, Dan Kelly & Steve Hart are believed to have killed themselves. The shoot out lasted so long that the police decided to set the hotel on fire. With the building in flames Ned Kelly walked out in his armour shooting at the police while their bullets bounced off him, one police officer shot Kelly in the legs in the area that wasnt protected by the armour. 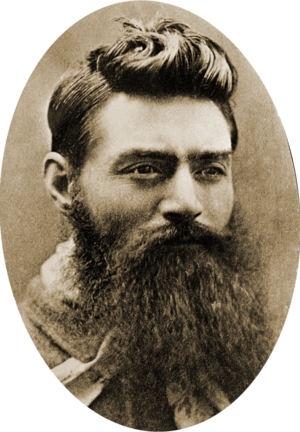 Ned Kelly was brought to Melbourne and tried, he was found guilty of two murders and sentenced to death by hanging. The judge said “May God have mercy on your soul”. Kelly replied “I will go a little further than that, and say I will see you there when I go”. Many people did not agree with the death sentence. A petition with more than 60,000 names asked the government for mercy. Ned Kelly was hanged on 11 November 1880.