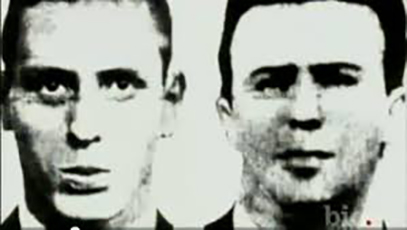 Billy McCarthy was a stick up man and a members of Frank Cullotta’s burglary crew in Chicago, Illinois. McCarthy wouldnt be a household name but a series of events would lead him to be remembered in a scene in Martin Scorsese’s classic Casino.

One night Billy McCarthy was drinking in the Black Door bar by himself, the Black Door was a bar in Rosemont Mob-connected bar. Two brothers managed the bar, Ronnie and Phil Scalvo, their father was closely tied to the Chicago Outfit. McCarthy, who was drunk got into an argument with the brothers, who beat him up and threw him out of the bar.

For about a week they went back and forth to the Black Door watching the brothers. But every time the brothers left the bar a cocktail waitress left with them. Killing innocent civilians was not looked upon too kindly by the Outfit, so it McCarthy & Miraglia decided to wait for the right opportunity.

That opportunity came soon enough, one night as the Scalvo brothers were leaving the Black Door, again with the cocktail waitress when all three were shot dead by McCarthy and Miraglia. This enraged the Outfit, not only did they kill connected men in mob territory, they also killed an innocent civilian. This was only going to be solved in one way, death.

The Outfit bosses wanted the murderers identified and dealt with. Tony “The Ant” Spilotro, who had been working for Mad Sam DeStefano took this opportunity to show the Outfit bosses he was up for the job and to become a Made Man. Spilotro soon found out that McCarthy had taken a couple of beatings from the Scalvo brothers and that in one of those beatings Jimmy Miraglia was present. Spilotro knew that both McCarthy & Miraglia were associates of an old friend of his, Frank Cullotta. Spilotro paid Cullotta a visit and asked him about McCarthy & Miraglia, Spilotro explained that while he didn’t think Frank had taken part in the murders, some people did. Frank could either prove himself by setting up McCarthy, or die along with them. 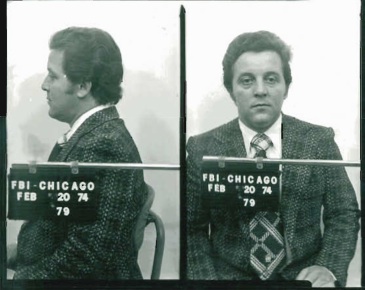 Cullotta knew he was in a tough place, he set McCarthy up, Frank got McCarthy on the phone and scheduled to meet. That night he met Tony and an someone going by the name of Saint at Howard Johnsons. Tony took Franks car and left him with Saint. About forty minutes later Tony came back. He said to Frank, heres your car, see you later. Jimmy Miraglia went missing a few days later. Tony Spilotro told Frank Cullotta all about it shortly afterward.

Spilotro said, that Billy McCarthy was one tough fucking Irishman. We beat that motherfucker with everything, they beat him for three days, even stabbing him with ice-picks but he wouldnt tell us who did the Scalvos with him. We finally got so pissed off we put his head in a vise and turned it. The kids eyeball popped right out of his fuckin head. Billy begged for me to kill him. He gave up Jimmy Miraglia’s name just before he died.

In turn, Jimmy Miraglia had been found drinking in a bar by Spilotro and his crew, they brought him into a back room and beat him but didnt kill him, they then took him and put him in the trunk of his own car, then brought him to where McCarthys body was being kept. Jimmy knew he was going to be killed. He asked to be strangled so his wife could collect some insurance money. We did what he wanted and dumped him in the trunk of a car along with Billy. Then we drove the car to another neighborhood and ditched it. A couple of days later somebody smelled the stench and called the cops.