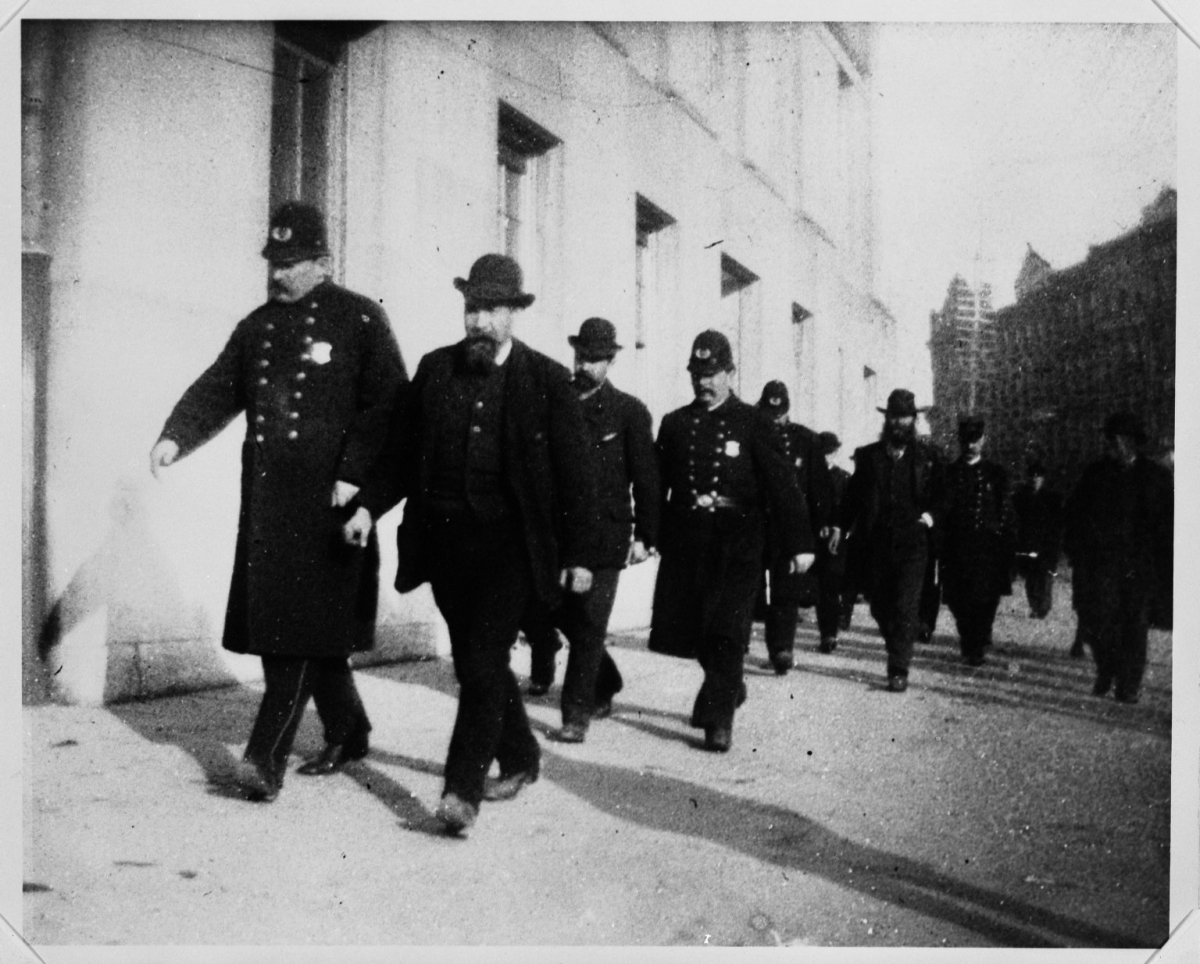 Long before Brooklyn became incorporated into New York and became one the Borough’s it was just as notorious as other parts of Manhattan, although the Gangs of Brooklyn wouldn’t have been as well known as the Gangs of New York. The Battle Row Gang were one such gang, however they are not to be confused with a gang of the same name from Hell’s Kitchen on Manhattan Island.

The Battle Row Gang, who had a two decade long reign from the 1870’s to the 1890’s, were according to the Brooklyn Daily Eagle “composed of the scum of the Fourteenth Ward” which is now Williamsburg.” They were known as “fighters and rowdies,” and had their headquarters at “Crow” McGoldrick’s saloon on Union Avenue and North First Street.

Their first claim of notoriety came in July 1871 when a member of the gang, Henry Rogers killed Brooklyn Police officer Jack Donoghue and was hanged for the murder. According to the the Brooklyn Eagle the gang started the night with a robbery of a watch and chain of an innocent passerby, who was knocked to the ground and robbed. A police officer arrived on the scene and attempted to break it up and demanded an explanation, at which point Rogers took the policemans club, the officer tried to summon assistance and the gang ran away.

They made their way to McGoldricks and not happy with just robbing a man they started to cause a scene, Rogers, who the rest of the gang looked up too said “If that Donoghue comes along tonight we will lay him out”. Jack Donoghue however was known personally by most of the Battle Row gang before he took a position in the Brooklyn Police he would socialize with them. When the badge of the Brooklyn Police was pinned on his breast he was determined to do his job faithfully, and according to reports he was a good officer and performed his duties well, however his past association with the gang followed him, he was determined to make that right and it would lead to animosity between him and the gang members.

As the gang grew more boisterous there was no sign of Donoghue so they became even louder, they knew he was on the beat that night and eventually Donoghue did arrive and was walking right to his death.

As Donoghue got closer, the gang became even noisier, Henry Rogers was now holding a cart rung behind his back, while others had heavy stone bottles under their coats, as Donoghue approached he told the gang if they wanted to sing and make noise they should go inside and start walking again, Donoghue took no more than 3 or 4 steps before Rogers stepped up behind him and hit him with the cart rung on the head, as Officer Donoghue lay defenseless on the ground the gang finished him.

A German man had witnessed what happened but didnt intervene, he ran and raised the alarm, however when police arrived at the scene the gang were gone and had left Officer Donoghue where he lay. Eighteen members of the gang were arrested in the follow up to this gruesome crime, all but Henry Rogers were let go. Rogers was tried and convicted for the murder of Officer Jack Donoghue, who was only trying to perform his duties and to make good on his promise to disassociate from his old acquaintances.

Henry Roger was tried in front of Judge Gilbert with associates Vorhees & Johnson and a jury. During the trial the majority of Rogers so called gangster friends all testified that Rogers had hit Officer Donoghue with the cart rung. When Rogers took to the stand to give evidence he testified that he did in fact hit Officer Donoghue but implicated another member of the gang known only as Denver delivered the final blow. Rogers stated that his only intention was to “lay him out a little” and that “he knew and was friendly with Donoghue for nine years until his death”

Henry Rogers was found guilty of murder and sentenced to hang.

However, the gang were only starting, in June of that same year, two factions of the gang fought with “pistols, knives, fists and slingshots. The battle raged, ”furiously and unrestrained” for thirty minutes. One dying member, Patrick Cash, asked to name his assailants, replied “I’d die with the name of the fellow in my throat, before I’d give him away.”

Please note: The image used does not depict either Donoghue or the Battle Row Gang. The photo is Brooklyn Police bringing prisoners to court in 1872