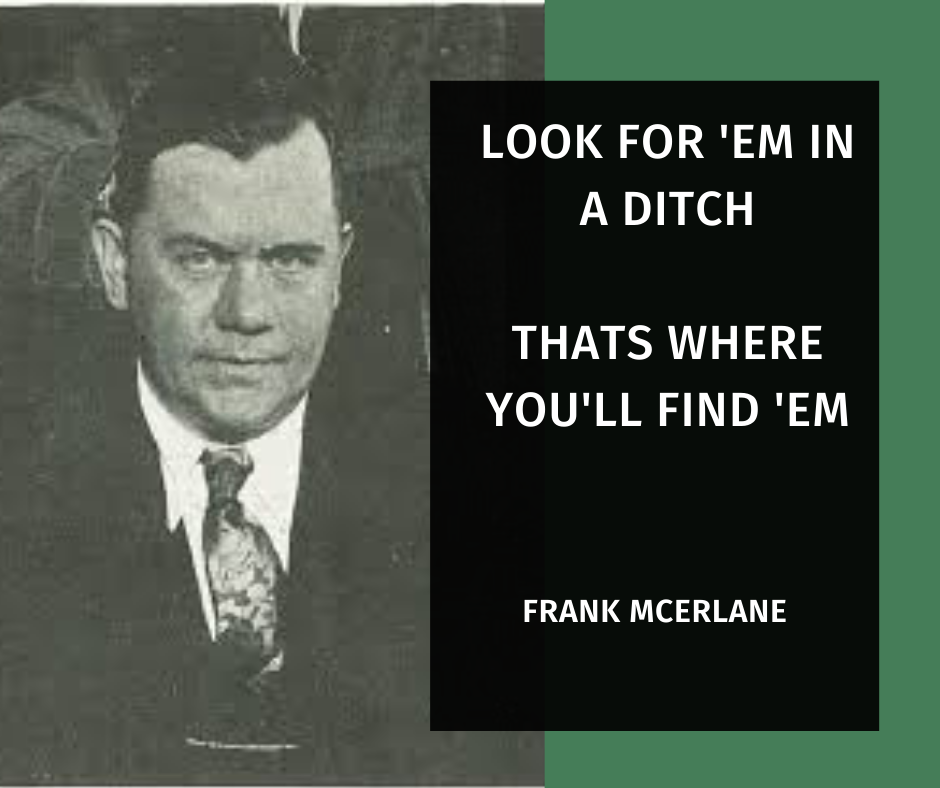 When Frank McErlane was recovering from a gunshot wound in hospital 2 or 3 men burst into his room and opened fire, Frank who had a gun with him in the hospital room returned fire. McErlane said to reporters who interviewed him saying, look for em in a ditch, that where youll find em.

It later turned out that one of the gunmen was Sam Malaga, a driver and bodyguard for gangster and politician “Dingbat” O’Berta. Frank McErlane got his revenge.

A gunman, who some believe was Willie Niemoth did McErlane a professional favor, Sam Malaga’s body was found in an icy pool of water, Malaga had tried to run from the car they were travelling in, while “Dingbat” O’Berta’s body was found inside the car.