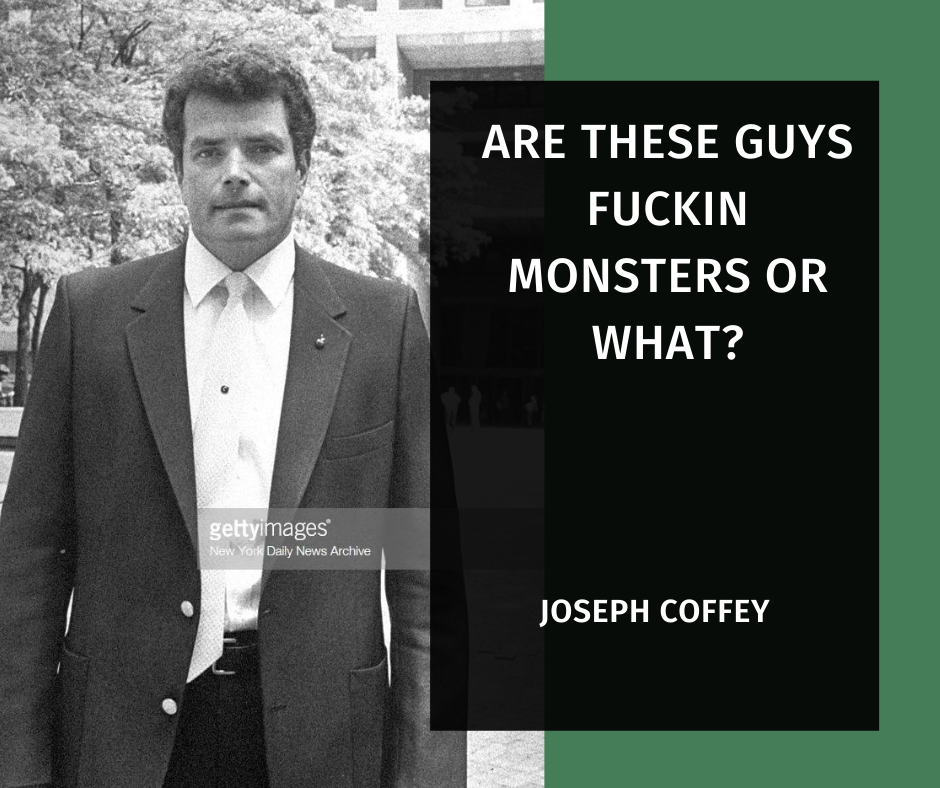 “Publicity Joe” Joseph Coffey would frequently use the media to assist in his investigations, leading some to say there wasnt a microphone he didnt refuse

When Joe Coffey had heard the reports of murder and dismemberment by the Westies in Hells Kitchen, Coffey said: “Are these guys fuckin’ monsters or what?” To which his partner Kenny McCabe replied: “You ain’t gonna believe some of the things we been hearing.”

Coffey had been involved in mobsters since his early days, his father was shot by John “Cockeye” Dunn in a labor union dispute. In turn Joe Coffey became an NYPD officer and ultimately had a hand in bringing down the Westies for good and becoming a thorn in the side of many mobsters, including the bosses of New Yorks Five Families.

In his long career he had been involved with the Son of Sam serial killer, investigating the Lufthansa Heist and the Commission Case which put the heads of the Five Families in prison, although Paul Castellano was killed before he made it to trial.