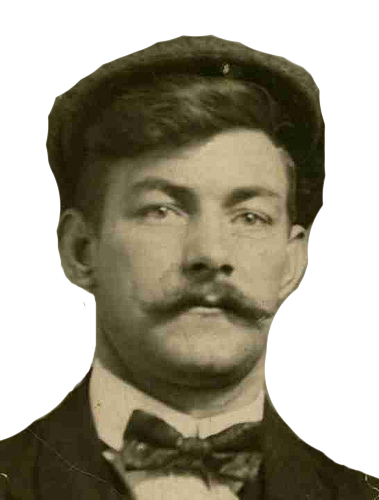 George C. Parker also known as James J. O’Brien, Warden Kennedy, was a con artist born in New York to Irish immigrant parents in 1860, Parker would become best known for selling property he didnt own, notably the Brooklyn Bridge and many other national landmarks, usually to unwary newly arrived immigrants.

The Brooklyn Bridge that links Brooklyn to Manhattan was opened in May 1883. It cost $15.5 million (that’s a bit over $400 million in today’s money) and the lives of 27 workers to build. It was a project that the infamously corrupt Boss Tweed had given his blessing too and when Boss Tweed had died in prison it was still not completed.

As soon as the Brooklyn Bridge was complete, con artists saw the potential in a new money-making venture. A industry grew among people selling the structure to unsuspecting patsy’s. Usually the con artists would dupe newly arrived immigrants straight off the boats docking in New York, some con artists even had contacts working on the ships to let them know which passengers looked as if they had money or were quite rich. 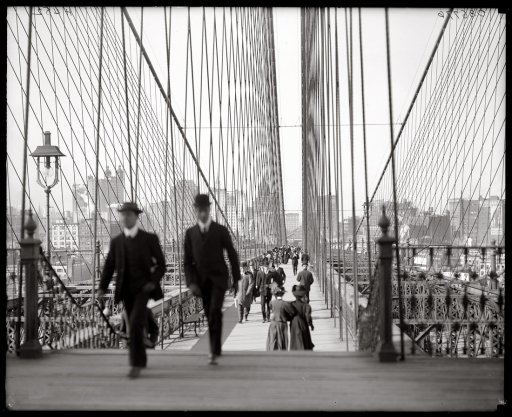 George C. Parker was said to have sold the Brooklyn Bridge at least twice a week for many years to unsuspecting buyers, the idea behind sale the Brooklyn Bridge was that the new owners could erect toll booths and charge people for access to Manhattan and then charge them again on the way back across the bridge. It was an elaborate scam where, if Parker was challenged he could produce high quality and quite impressive forged certificates of ownership. If the mark still had questions he would simply tell them that he was a bridge builder, not a bridge owner.

George Parker would sell the bridge from anything between $75 & $5,000, while the gullible buyer would receive nothing more than a forged set of papers of ownership. Chaos would usually ensue when police would have to come to the bridge to break up toll booths that the new owners set up and begin charging people for using their bridge.

But George C. Parker didn’t just sell the Brooklyn Bridge, he also sold the Statue of Liberty, the old Madison Square Garden, the Metropolitan Museum of Art and Ulysses S. Grants Tomb, which itself was another elaborate scam where he claimed to be Grants grandson, even going as far as to set up an office near the Tomb to which he would bring people and produce forged documents to prove his claim. Parker also successfully sold the rights to plays and theater productions which he didn’t own. 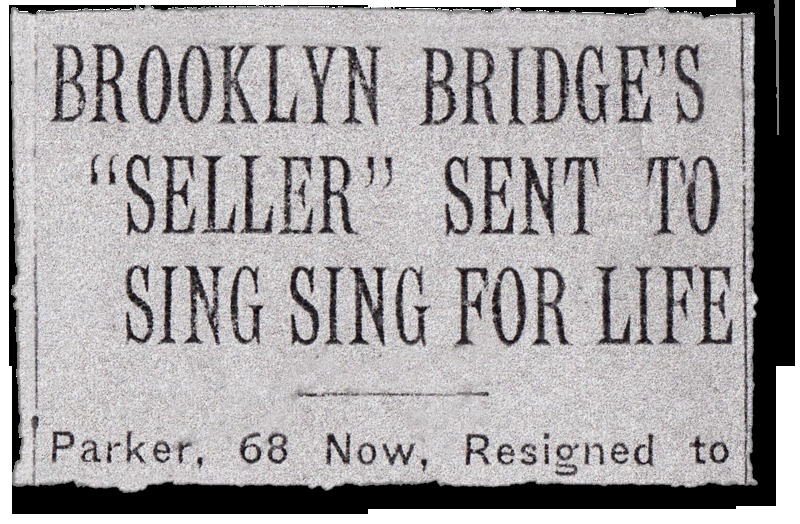 Of course luck would run out and George C. Parker was caught and brought before the courts but as luck would have it, Sheriff Flaherty arrived at the court and left his hat and coat down, Parker proceeded to take his clothing, put it on and walk out of the court and to freedom. But his luck would run out again and with no getting out of it this time, George C. Parker would eventually be sentenced to life in Sing Sing prison at the age of 68, where he died. By all accounts, he was popular with the prisoners and prison staff, recounting to them his tales of selling the Brooklyn Bridge and more.