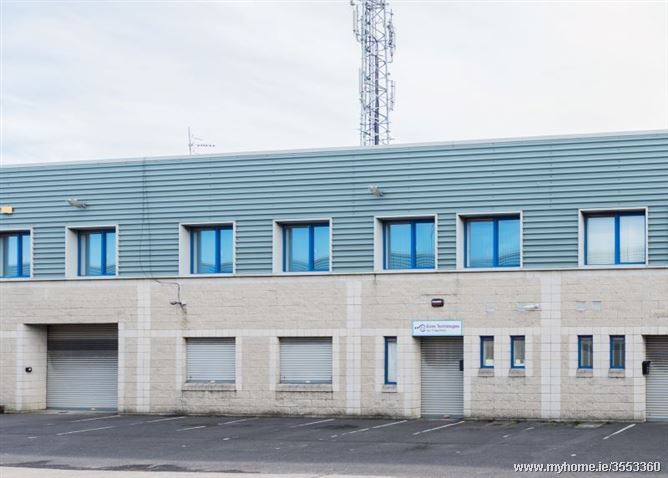 The INLA (Irish National Liberation Army) were an Irish Republican group similar to the IRA though much smaller but no less deadly, the group have a series of high profile assassinations including the killing of a British MP Airey Neave in 1979 & the highly impressive prison assassination of Loyalist Billy Wright in 1997 among other’s.

Accounts of what was the motivation for the incident are conflicting some newspapers say that the six men arrived at a warehouse looking to demand money from the owner of the premises but unknown to the six men, who were linked to a Dublin gang, was that the owner had employed the INLA to protect his premises.  According to Gardai (Police) however, said that a smart remark in a chip shop led to “a few slaps outside” between teenagers and then criminal damage valued at less than a €1,000 to a van started the whole thing, a relative of one of the teenagers was involved with the INLA.

When the six men arrived, the INLA was waiting inside in strength and armed. The ordinary criminals were stripped naked, however, before being over-powered one of the gang was able to use his mobile phone to call for reinforcements, all six were then stripped naked and subjected to torture by having boiling and ice-cold water poured over them repeatedly. They were told they would be shot dead if they did not leave the country within 24 hours.

Reinforcements would arrive soon enough two vans carrying up to twelve men associated with the criminal gang arrived and a full scale fight broke out. Shots were fired and other weapons, including machetes, knuckle dusters, batons and a sword were used freely, one man, Patrick Campbell originally from Belfast but living in Dublin for a number of years died from his wounds after being hacked with a machete and having an artery severed.

Following the death of Patrick Campbell, the INLA vowed revenge. A number of the criminal’s hired hands immediately left the country. Over time most returned, maybe believing the heat was off. But over the next few years a series of killings, bombings and assaults would take place.

The first victim of the INLA’s revenge was a 31 who was shot dead in the stairwell of a block of flats in St Michael’s Estate in Inchicore, Dublin in April 2000. He had been questioned in relation to the Ballymount episode. Its believed he had probably gone to the warehouse only because he thought his friends were in danger. It is not believed that he was involved with criminal activity.

The criminal gang were not going to back down. It was their turn. They tracked down and murdered one of the INLA’s most high-profile figures, and shot him dead in Dundalk in August 2000. His killers shot him eight times, including one bullet in each eye.

The next victim was a bouncer at a bar, he was also linked to the criminal gang and was also questioned about the Ballymount Bloodbath. He was shot in the side of the head as he stood outside Charlie P’s bar on Eden Quay in Dublin city centre in June 2003. Some time before his murder a bomb had been placed under his car but it had failed to go off.

In retaliation the gang strangled a 32 year old INLA member originally from Larne, Co Antrim, who had been living in St Theresa’s Gardens in south inner city of Dublin since the late 1990s. His body was found outside the village of Togher, Co Louth, on August 2, 2003.

On May 24, 2005, the criminal gang struck again, this time it was the man who had set up the Ballymount Bloodbath with the INLA members. A 36 year old man was shot twice in the head and body outside a house he had just moved into in Clondalkin, Dublin. He was lying in bed upstairs when the gunman called to the front door which was opened by one of his children. The gunman ran upstairs shot him where he lay and then left with three children, all under 11, screaming in the presence of their murdered father.

On September 9, 2008 two INLA gunmen turned up at the home of a 27 year old, another criminal who had been questioned by gardai about the Ballymount affair. He also was upstairs in bed watching TV at around 11.20pm when the assassins burst in brandishing guns in front of his partner and young children. The man, trying to flee the killers jumped from the bedroom window onto the bonnet of his car but was gunned down in the front garden.

In what started over a supposed fight between teenagers and some criminal damage to a van, ended with injuries, shootings, bombings, 7 deaths and 7 people in prison.