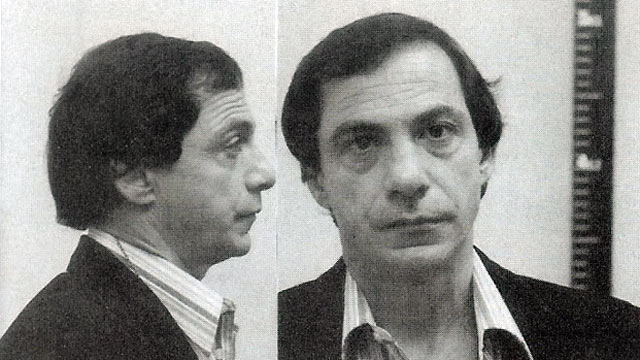 Henry Hill, best known to most people as the character played by Ray Liotta in Martin Scorsese’s 1990 masterpiece Goodfella’s, which itself was based on Henry Hill’s life story as told by Nicholas Pileggi in his book Wiseguy: Life in a Mafia Family. Born in New York in 1943 and grew up in Brownesville, Brooklyn Henry Hill was born to an Irish father and Italian mother. 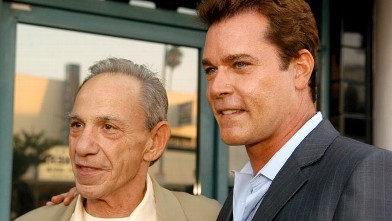 Living in Brooklyn, Hill lived across the street from where mobsters would meet and hang out, Hill would say that he admired the mobsters, the way they dressed and the cars that would line the street. When he was a teenager Henry Hill walked into a cab stand that was owned by Lucchese Crime Family captain (Capo) Paul Vario looking for an after school job. Soon he was running small errands for the wiseguys that hung out around Vario’s cab stand, pizzeria and shoe shine stand. 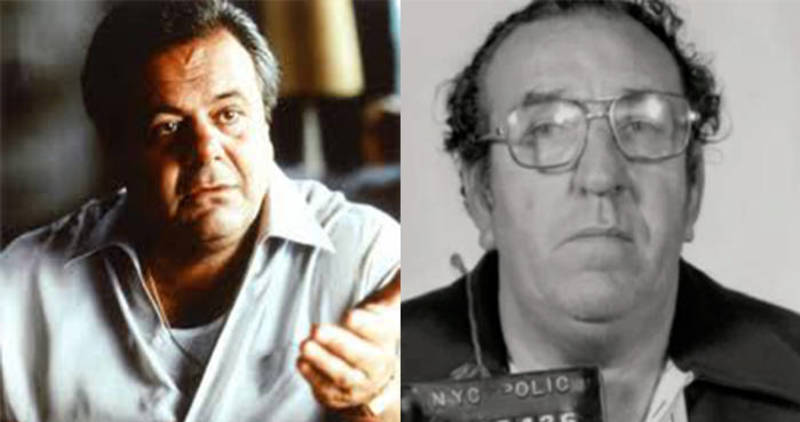 After running errands for a few years for Paul Vario, Hill would start collecting gambling money and working serving drinks at card games when he was first introduced to another Irishman, James “Jimmy” Burke who was a notorious hijacker and well known and respected associate of the Lucchese Crime Family. Henry Hill would say that he was dazzled by Burke who was generous with his tips “He was sawbucking me to death. Twenty here. Twenty there. He wasn’t like anyone else I had ever met.” Jimmy Burke was played by Robert DeNiro in Goodfellas. 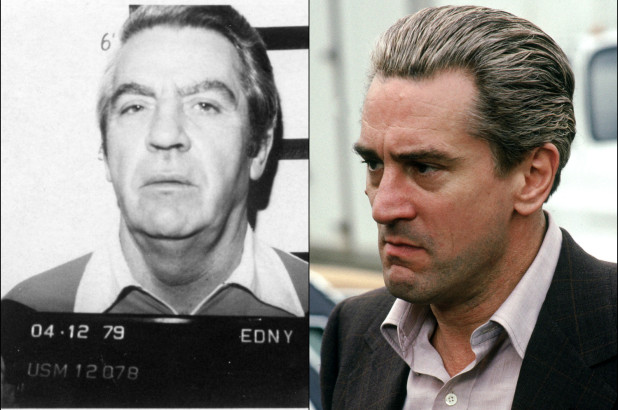 At the age of 15 Hill dropped out of school completely to become a full time gangster, he had been given a no show job and a union card in the bricklayers’ local, which were highly sought after, it allowed Hill to pick up $190 a week for no work but more importantly it will allow Hill legitimate access to construction sites to collect gambling debts and payments from the construction workers.

Hills first real encounter with criminality came when a businessman from Alabama moved to New York and opened the Rebel Cab Company around the block from the Vario cab dispatch, this didnt sit well with Paul Vario so he did something about it. One night Henry Hill along with Paul Vario’s brother Vito “Tuddy” Vario drove over to the Rebel Cab Company with a container of petrol, Hill smashed the windows of the cabs and poured the petrol all over the cabs then set them alight by throwing lighting matchbooks into each cab. His first arrest came when he was 16 and would earn him the respect of the Vario Crew and Jimmy Burke in particular, Hill and Lenny Vario, Paul’s son used a stolen credit card to try buy tyre’s for “Tuddy” Vario’s car, Hill, after a rough interrogation only gave his name, was given a suspended sentence.

After a 3 year enlistment in the serving with the 82nd Airborne Division at Fort Bragg in North Carolina, where he maintained his contacts with the mob and also continued running scams like selling cigarettes, fronting money and where he would also do a 2 month stint in the stockade for getting drunk and fighting. When Hill was discharged he went straight back to Brooklyn and to the Mob where he would become infamous. 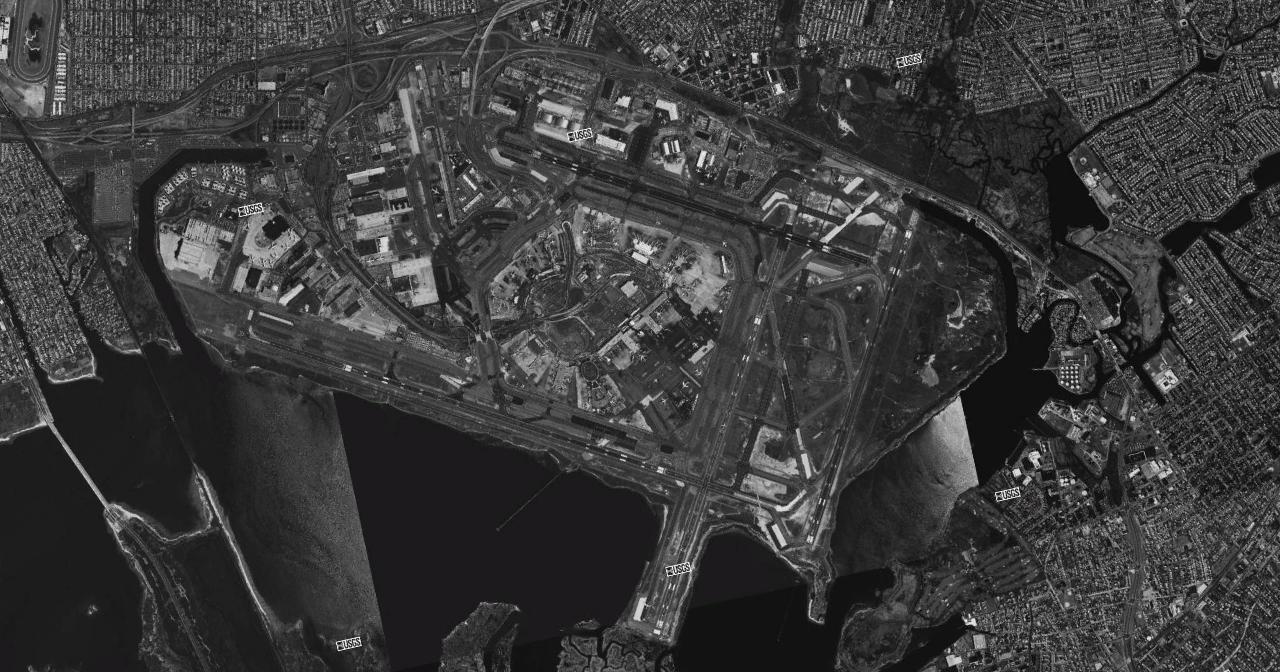 John F. Kennedy Airport was seen as being Vario Crew territory, although the other New York Mafia Crime families claimed the airport also as their territory and therefore it wasn’t uncommon for the crime families to work together while pilfering it. Following a tip-off from Robert “Frenchy” McMahon an airport worker, on April 7, 1967, Hill and Tommy DeSimone, who was played by Joe Pesci in the Goodfellas movie, committed the Air France robbery in which $420,000 was taken from a security room within the Air France building. Deciding an armed robbery would draw too much heat, Henry Hill came up with another plan, Hill and McMahon got the security guard drunk, brought him a motel where there was a prostitute waiting, stole his keys and made copies of them and replaced the original keys. On the night of April 7, Hill and DiSimone walked into the airport, using the copied keys and loaded $420,000 into a suitcase and walked out unchallenged and unnoticed while the guard had been on his break. No shots were fired and the money was not reported missing until April 11, 1967. They shared the take from the heist with senior Mafia members, giving $120,000 in total to Paul Vario and Sebastian Aloi of the Colombo crime family, in recognition that the cargo terminal fell within the Colombo family’s ‘turf’

Hill used his proceeds of the Air France robbery to buy The Suite, a restaurant on Queens Boulevard, in order to have a legitimate business for tax purposes, however it soon became a mob hangout and would be the scene of a major murder and was also the iconic “Go Home and Get Your Fucking Shine Box” scene in the movie Goodfella’s, the murder of Gambino Crime Family member William “Billy Bats” Bentvena or sometimes Devino. However unlike in the movie the murder wasnt over some insults, tensions had been brewing over some weeks between Billy Bats and Tommy DeSimone and Jimmy Burke over rackets and book making business that Burke and DeSimone had taken over while Billy Bats was in prison. Now that Billy Bats was a free man and had been celebrating in The Suite an altercation between Tommy DeSimone and Billy Bats took place on June 11, 1970. Soon after DeSimone and Burke planned Billy Bats murder, they lured him to The Suite, which according to Hill had been deliberately cleared out, Burke had gotten Billy Bats heavily drunk before him and DeSimone assaulted him while Henry Hill stood back and watch. Assuming Billy Bats was dead, they wrapped him up and put him the trunk of the car and drove to Pennsylvania, however, Billy Bats wasnt dead and the three of them heard noises coming from the car, they pulled over and proceeded to stab Billy Bats to death before burying him.

After serving a prison sentence for an assault on a mobster in Florida who owed huge gambling debts, Henry Hill had made connections to the drug industry through a connection in Pittsburgh and soon began selling, heroin, cocaine, amphetamines and marijuana, this would also be his and others downfall. Jimmy Burke also joined Hill in the drug dealing business even though it was against the Lucchese Crime Family rules that there was to be no drug dealing, the ban was in place because the prison sentences imposed on drug traffickers were so lengthy that the accused would often become informants in exchange for a lesser sentence.

The downfall began when a young kid who was working as a “mule” for Hill “ratted” Hill out to Narcotics Detectives. “The Youngster” told them that Henry Hill was connected to the Lucchese crime family and was a close friend to Paul Vario and Jimmy Burke and “had probably been in on the Lufthansa robbery”. Knowing who Hill was and what he did, they put surveillance on him, taking pictures. Detectives put wiretaps on Hill, but Hill and his crew used coded language in the conversations. 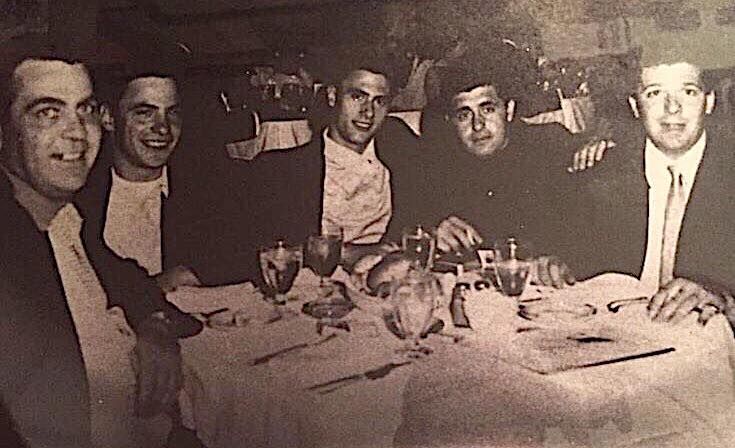 On April 27, 1980, Henry Hill was arrested on a narcotics-trafficking charge. He was convinced that his former associates planned to have him killed: Paul Vario, for dealing drugs against the rules and Jimmy Burke, to prevent Hill from implicating him. Agents also played tapes so that Hill heard on a wiretap that his associates Angelo Sepe and Anthony Stabile wanted to have him killed, they were telling Burke that Hill “is no good”, and that he “is a junkie”. Burke told them “not to worry about it”. Hill was further convinced by a tape played to him by federal investigators, in which Burke tells Vario of their need to have Hill “whacked.” 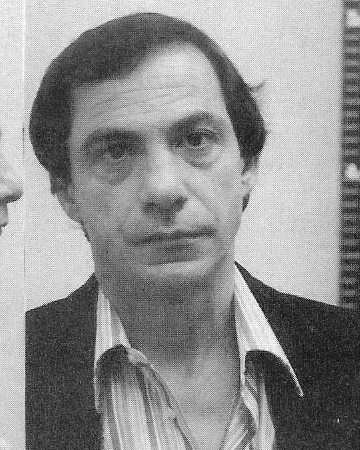 Prosecutor Ed McDonald didn’t want to take any chances and arrested Hill as a material witness in the Lufthansa robbery. Hill then agreed to become an informant and signed an agreement with the United States Department of Justice Organized Crime Strike Force on May 27, 1980. Henry Hill testified against his former associates to avoid killed by his crew or going to prison for his crimes. His testimony led to 50 convictions. Jimmy Burke was initially given 20 years in prison for a point shaving scam and later was given a life sentence for the murder of Richard Eaton, he died of cancer in prison at the age of 64. Paul Vario four years for helping Henry Hill obtain a no-show job to get him paroled from prison and was later given a 10 year sentence for extortion, he died in prison at age 73. Tommy DeSimone was killed allegedly on the orders of John Gotti, the infamous Gambino Crime Family Boss, for a string of murders and other activity.

Henry Hill entered the Witness Protection Program with his wife Karen and their children. While in his new locations Hill hosted backyard cookouts for his neighbors, and on one occasion, while under the influence of a combination of liquor and drugs, he revealed his true identity to his guests. Federal marshals, were forced to relocate him, after a few months had passed Hill repeated the same breach of security, causing the government to expel him from the Federal Witness Protection Program.

Henry Hill and his wife Karen divorced after 25 years of marriage, Hill, deciding that all of his enemies were or in prison and no longer a threat would go on to write books, hold book signings, TV and radio appearances and live openly under his own name until he died in California in June 2012.