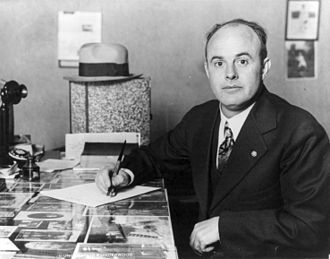 George Cassiday was born in 1892 and fought in the First World War and a founder of the Irish Veterans Association upon his return after the war, he found employment difficult after the war and almost by accident he became a bootlegger, he would also become known as the Man in the Green Hat.

Unlike most of the bootleggers at the time Cassiday found fame and fortune in Washington D.C, indeed he was the bootlegger to Congress. Cassiday gave a 6 part expose to the Washington Post in 1930 when he had been arrested for a second time in ten years. He would say  “A friend of mine told me that liquor was bringing better prices on Capitol Hill than anywhere else in Washington and that a living could be made supplying the demand,”

George Cassiday was no ordinary bootlegger, his office was based inside Capitol Hill. From 1920 his first office was based in the House of Representatives where his first two customers were two Southern Congressmen who had voted for both the Eighteenth Amendment and the Volstead Act, by the 1930’s Cassidy’s maintains that he was selling alcohol to the vast majority of Congressmen & Senators all of which had voted for the Prohibition Laws.

From 1920 to 1925, he sold alcohol to House Members in the House Office Building which is now the Cannon Building. Cassiday recalled that Representatives were customers “nearly every day Congress was in session I had no serious trouble.” Business became so good that he found himself “hustling from the time the offices opened at 9 o’clock in the morning until well along in the evening.”

Cassiday would regularly travel to New York and bring back “35 to 40 quarts in two large suit cases” by train. A Member of Congress, he claimed, secured basement office for him that suited this operation. The room, Cassiday explained, “opened on the court and when the blinds were pulled and the door was bolted there was no chance of being interrupted at work.”

However, 1925 the Capitol Police busted his operation and arrested him and broke up his operation, when he was arrested with alcohol in a briefcase, Cassiday pled guilty to possession of alcohol and was banned from House premises. But it didn’t end there, he soon opened in the Senate Office Buildings which is now the Russell Building and got straight back to work selling alcohol to Congressmen & Senators until 1930.

Having worked in both the House and Senate, In the House, he told the Washington Post, “I dealt directly with most of my customers,” but “most of the senators would order their liquor through their secretaries.” Cassiday added, “You find a more general spirit of good fellowship and conviviality in the House.” He would also remark that he had no trouble getting alcohol into the House as at the time he wasn’t searched going into the House but only when leaving, so he could carry suitcases full of alcohol into the building, Senators & Congressmen weren’t searched entering or leaving the building so it worked out great.

“As the result of my experience on Capitol Hill since prohibition went into effect I would say that four out of five senators and congressmen consume liquor either at their offices or their homes.”

Cassiday was arrested again in 1930 and charged with a felony and sentenced to eighteen months, which he never really did any serious time, you signed himself out of prison and night and signed back in in the mornings. He kept a Black Book with all of his customers names in it, his wife burned or destroyed the Black Book and Cassiday never named any names of Senators or Congressmen except to say that most were his customers.