Jimmy Hoffa’s disappearance is probably one the most widely known and most talked about in history, its been the subject of books, TV, news & now a major movie. With the release of Martin Scorsese’s The Irishman just around the corner we can have a look at the real life people who the movie is based on. 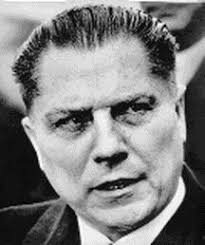 Jimmy Hoffa was an American labor union leader who served as the President of the International Brotherhood of Teamsters union from 1957 until 1971.

From an early age, Jimmy Hoffa was a union activist by 1952 he was national vice-president of the Teamsters, and was its general president between 1957 and 1971. He played a major role in the growth and development of the union, which eventually became the largest union in the United States with over 2.3 million members at its peak.

During his early years working in the Teamsters Hoffa became involved with organized crime. He was convicted of jury tampering, attempted bribery and fraud in 1964, in two separate trials. He was imprisoned in 1967 and sentenced to 13 years. In mid-1971, he resigned as president of the union as part of a pardon agreement with President Richard Nixon; and he was released later that year, although barred from union activities until 1980.

Hoffa, hoped to regain support and to return to the Teamsters leadership. Hoffa’s plans to regain the leadership of the union were met with opposition from some members of the Mafia, including some who would be connected to his 1975 disappearance.

Hoffa vanished in late July 1975 and was never found.

Frank Sheeran, was over six feet tall and had got his start by making collections for loansharks around Philadelphia, this would lead him to make connections to the world of criminals.

Sometime in the mid 1950’s Sheeran became associated with Russell Bufalino, who was head of the Bufalino Crime Family and became his chauffeur, doing jobs and making deliveries. 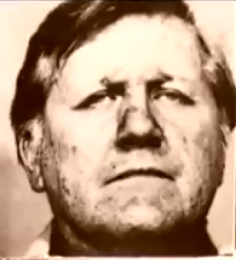 Sheeran was put in contact with Jimmy Hoffa, the president of the International Brotherhood of Teamsters labor union. Hoffa needed some muscle to ensure the silence of his enemies. The story goes, Hoffa said to Sheeran, “I heard you paint houses.” Sheeran replied yes and added, “I also do my own carpentry”. In Mafia code language I heard you paint houses meant he killed people and doing his own carpentry meant he disposed of the bodies too.

While he served as Hoffa’s muscle, his job was to beat and intimidate Hoffa’s enemies, kill people trying to start rival unions, and gun running to name some of his jobs.

As they worked together Sheeran and Hoffa grew close, Sheeran was rewarded by being given a lucrative job as president of the Local 326 in Wilmington, Del. That position would give him rewards too in return for mob favors. But in time things turned sour for Hoffa due to the company he kept and his business practices, investigations, prison time and falling out with the mob sealed his fate and allegedly it was up to Frank Sheeran to take care of his old friend.

Sheeran and a few associates picked Hoffa up at a restaurant called the Red Fox. Sheeran claimed that his presence helped put Hoffa at ease about driving to a meeting at a Detroit house. From the book I Heard You Paint Houses: “When Jimmy saw . . . that nobody came out of the rooms to greet him, he knew right away what it was,” Sheeran said in the book, adding that Hoffa tried to flee. “Jimmy Hoffa got shot twice at a decent range — not too close or the [blood] splatters back at you — in the back of his head . . . My friend did not suffer.”

Russell Bufalino also known as “The Quiet Don”, McGee or “The Old Man”, was involved in the traditional underworld rackets such as gambling, extortion, robbery, theft and debt collection. By the time Bufalino reached his mid-20s, his criminal record showed arrests for petty larceny, receiving stolen goods, conspiracy to obstruct justice, drug dealing, and fencing stolen jewelry. When the Prohibition Laws were enacted in 1919, Bufalino quickly became involved in the lucrative new business of bootlegging. 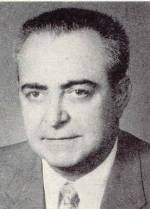 In 1977, Bufalino was indicted on extortion charges. On August 8, 1978, Bufalino was convicted and sentenced to four years imprisonment for his part in the extortion attempt. Regarding an incident during the sentencing, Bufalino stated to the court “If you had to deal with an animal like that, Judge, you’d have done the same damn thing.” Once in prison, Bufalino used his longtime driver, Frank Sheeran and aide to maintain his personal affairs and deliver orders to the acting leaders.

Angelo Bruno was a Sicilian-American mobster, notable for being boss of the Philadelphia crime family for two decades until his assassination. Bruno gained the names “the Gentle Don” or “the Docile Don” due to his preference for conciliation over violence. 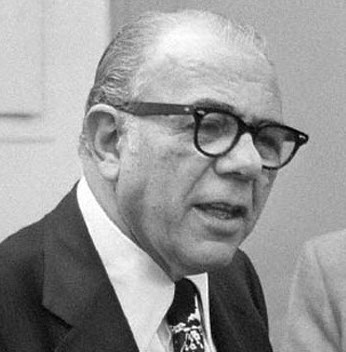 On March 21, 1980, the 69-year-old Bruno was killed by a shotgun blast in the back of the head as he sat in his car in front of his home at the intersection of 10th Street and Snyder Avenue in South Philadelphia, his driver, John Stanfa, was wounded.

It is believed that the killing was ordered by Antonio Caponigro aka Tony Bananas, one of Bruno’s top men. A few weeks later, Caponigro’s body was found dead, battered and nude, in the trunk of a car in The Bronx. The Commission had reportedly ordered Caponigro’s murder because he assassinated Bruno without their sanction. Other Philadelphia family members involved in Bruno’s murder were tortured and killed. 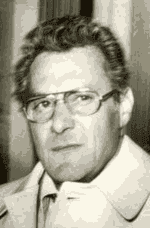 On March 21, 1978, Briguglio was murdered gangland-style on Mulberry Street in New York’s Little Italy. Two gunmen pumped several shots into his chest and head. At the time he had allegedly been talking with prosecutors and was about to make a deal in exchange for his testimony against Provenzano

Tony Pro Provenzano used his position as the Teamsters vice president to siphon off union funds for his personal use. Jimmy Hoffa and Tony Pro were initially close friends and allies but the two became enemies, their relationship soured after Hoffa was unable to secure a Teamsters loan for a restaurant he wanted to open.

Allegedly Hoffa had also insulted Provenzano, telling him “It’s because of people like you that I got into trouble in the first place.” 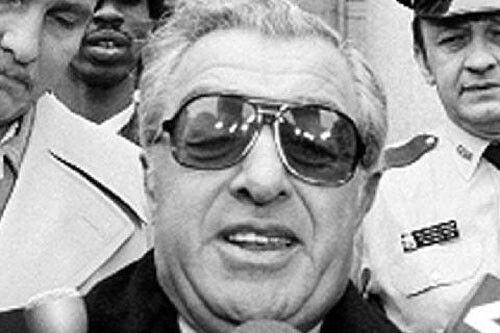 Jimmy Hoffa had encouraged the Mafia that were involved with the union to use it as their own personal piggy banks. Hoffa and Provenzano were eventually jailed for their activities, and were sentenced to federal prison. Hoffa had been pardoned from prison by President Richard Nixon in 1971, with the provision that he could not engage in union activity.

Provenzano was forbidden to engage in union activity for five years as part of his parole, though he remained a power inside the union. Hoffa opposed Provenzano’s desire to assume his old post at Local 560 after his five period was up, while “Tony Pro” was adamantly against Hoffa’s intent to be reelected president the Teamsters. In the contest of wills, while Hoffa had the hearts of many of the union’s rank and file members, Provenzano had the power of the Mafia.