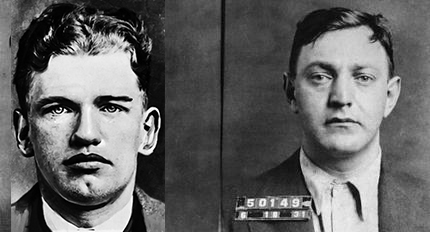 With the months of May and June being the bloodiest part of the gang war between the Schultz and Coll gangs which left a trail of dead bodies in its wake, there would be further violence and one of the most infamous shootings was still to come.

On July 28th came the shooting that would give Coll his title of Mad Dog. In another attempt to whack Joey Rao, a car pulled onto 107th Street in East Harlem, where innocent children were playing and some men were standing outside a social club, Joey Rao being one of them and the intended target. As the car passed by the passengers inside opened fire with shotguns and machine guns, Joey Rao was unharmed but five children were wounded in the crossfire, leaving five year old Michael Vengalli dead.

That shooting caused outrage and the police offered a 10,000 dollar reward for any information that would lead to the arrest of Vincent Coll. The gang went into hiding in Upstate New York until the heat died down.

The next murder in the war came in October of that year. On the 2nd October Coll gang members Frank Giordano & Tuffy Ordiniero pulled up outside a garage that was used as a Schultz a beer distribution location. Tuffy Ordiniero got out of the car and went to the door of the garage and asked for Joe Mullins who was in charge of the garage, when Mullins came forward Ordiniero took out a gun and shot him three times. Ordiniero tossed two pennies on the ground beside Mullins, some say that meant his life was only worth the two cents.

On February 1 1932 came another shooting in which two key Coll men were killed, an innocent woman also died and another three people wounded. A house in the Bronx which belonged to Mike Basile’s sister and had been used as a headquarters by the Coll gang. That night while the house was full of men, women and children, when a knock on the door allowed four men to enter, they made their way into the apartment and shot Patsy Del Greco & Fiore Basile, both died along with an innocent woman who had been visiting was also shot dead.

And on 8th February 1932 came the death of the Mad Dog. Vincent “Mad Dog” Coll was staying in the Cornish Arms Hotel and had to make or receive a phone call, some say he was going to talk to Owney “The Killer Madden. Vincent Coll made his way to West 23rd Street and the London Chemists drugstore, at the back of the store was a phone booth, while Coll was in the phone booth a car pulled up outside, three men got out of the car, two waited outside the store while the third went in and pulled a machine gun from under his coat. The gunman made his way to the phone booth and opened fire while Coll was inside. When the shooting had stopped Coll fell from the phone booth riddled with bullets and died instantly, while the killers escaped bringing to an end the Coll Schultz gang war