“Vannie” Higgins in a Shootout in Bay Ridge Brooklyn 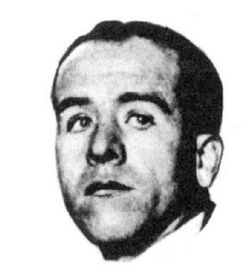 Charles “Vannie” Higgins lived in an apartment on Ridge Boulevard, in Brookly much to the annoyance of his neighbors. He was known as the last Irish Boss of Brooklyn or the “czar of Brooklyn liquor interests” or the Brooklyn beer baron, though he would strongly deny these claims.

The Brooklyn Eagle newspaper said about Higgins, “that Higgins rose from the status of a mere taxi operator, that he now owns a fleet of cabs, that he has a great interest in aviation, and that he operates two seaplanes, both of which seem able to fly only at night.”

On Tuesday March 19th 1929 around 1 am, Sgt. Johnny McGarty was working in plainclothes and had just gotten off the subway at the Bay Ridge Avenue stop when he heard two gunshots, followed by another 6 and obviously decided to investigate. He said he ran down 69th Street, toward Third Avenue and I saw a man chasing another man and firing at him. There were others dodging here and there, and there was lots of shooting. He shouted Police but the men kept running and went through a door, which McGarty followed, inside he seen the gunman standing over the other man, who appeared to be shot in the leg.

As he ordered the gunman to drop his weapon, the gunman turned and fired at McGarty, in return McGarty shot the gunman four times, I had to get the revolver out of the hands of the man who had fallen, McGarty said. He looked up at me and mumbled, “I’m a cop.” Naturally I bent down over him, and he said, “I know you, you’re a sergeant in the 39th.” Then I asked him to tell me what had happened, and he asked me to get him a priest. He wouldn’t tell me a thing. He stuck out his hand, though, and I shook it.

Not all was what it seemed however, the police commissioner released a statement the next day saying that Patrolman Daniel Maloney, “was certainly not doing police duty,” It turned out that patrolman Maloney Maloney had been at a meeting of rival bootleggers at the Owl’s Head Tavern, a speakeasy on the northeast corner of 69th and Third.

“Vannie” Higgins had been having some issues with a rival named Tommy Connell, Connell its been reported was a quiet & sedate young man who had an interest in bootlegging, but he was plying his trade in “Vannie” Higgins territory which led to tensions between the pair. A sit down had been arranged in the Owl Tavern so the two could work out the disagreements, Higgins had brought some friends, one of which was an ex cop who had resigned in protest at what he perceived as the police harassing Higgins, their wives were also present, so Tommy Connell could be at ease and make everything seem ok. #

But it didnt turn out like that, according to the bartender at the Owl Tavern, patrolman Maloney burst in demanding to speak to Connell, Maloney fired a shot inside the tavern and then dragged Connell outside and once out on the side the shooting started up to 60 shots were fired in what the media called “The Battle of Bay Ridge”. In the meantime everyone ran and went there separate ways, Connell ran and Maloney gave chase firing shots as they ran.

Soon enough police arrived and start rounding up people, Paul Ekart, who is described as a stout fellow, couldnt run far and was caught and arrested, “Vannie” Higgins was found on 69th Street hiding behind a taxi by patrolman Reed, Higgins told Reed that he was afraid and dived for cover behind the taxi, which Reed was having none of, and Connell had been arrested after he received treatment from being shot in the leg. Two of Higgins associates Bill Bailey and Bill Benson both had escaped.

Higgins, Connell and Eckert were arrested and arraigned in Fifth Avenue Court the next day. “This trio, appearing diffident and looking misjudged…all pleaded not guilty…and all were held without bail,” the Eagle reported. However, bail was later set at $5,000 both Higgins and Eckert posted it, left together in a car. Connell was sent to Swedish Hospital to get more treatment for his wounds.

In the aftermath it turned out that patrolman Maloney seemed to be the key to whatever happened. On his body they found four revolvers, one in his hand, two in his pockets and another in his holster. “He had no right to be where he was shot,” the police commissioner said. “We cannot understand why he had four revolvers on his person…He certainly had no police reason for carrying so many guns.”

The felonious assault charges against Higgins, Connell and Eckert were discharged after the trial, in April 1929, at which the nine witnesses who testified, including four cops, didn’t say they’d seen anyone else do any shooting.

← The failed hot on Eddie Diamond ← The Five Points