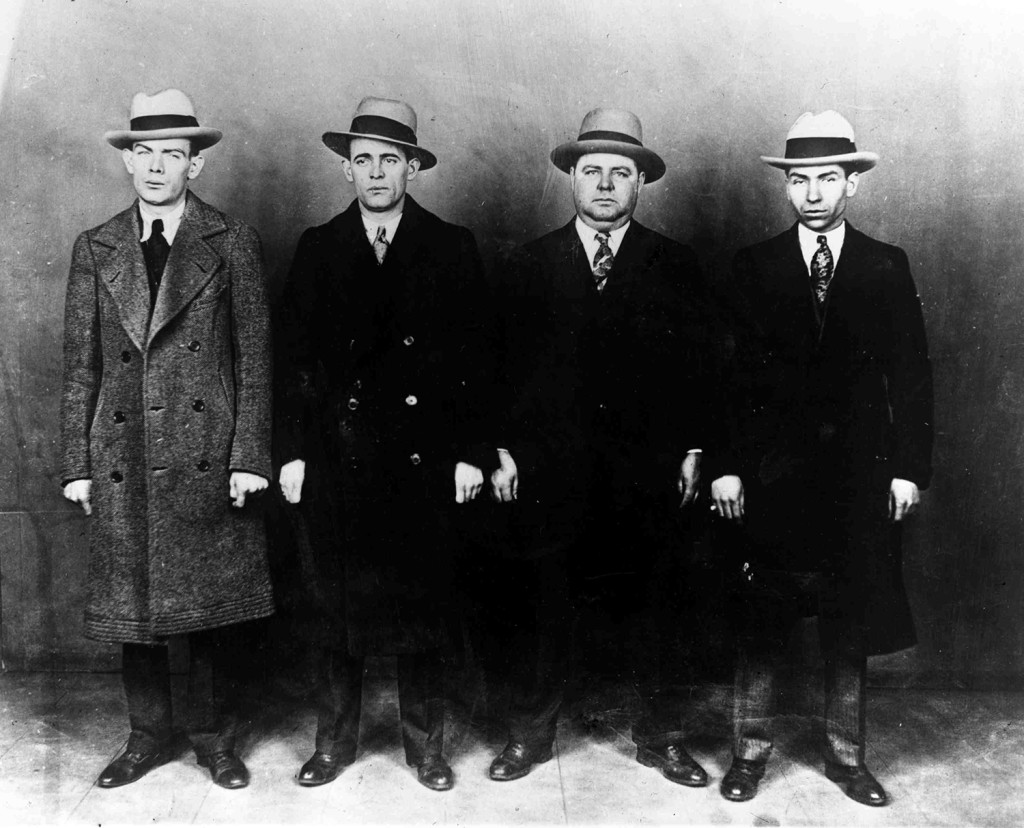 In what may be an unusual looking police line-up and one of my favorite pictures. Taken in 1926 all four were brought in for questioning in connection with a Felonious Assault. They were supposed to have taken part in an attempted robbery of Charles Haffman & Albert Levy.

On 1st December 1926 a car carrying Charles Haffman & Albert Levy was driving around Central Park, Albert Levy was reported to have $8,000 in his pocket. As they were driving toward 105th Street, a car with four men pulled up next to them, one of the passengers shouted “Pull over there. We know what you got” With that Haffman and Levy drove faster, one of the passengers in the chasing car fired a couple of shots, smashing the glass and hitting Levy in the wrist and right arm. Then the car pulled over, the four occupants of the other car jumped out and ran to the parked car and began to tussle with Levy, he put a fight and a crowd began to gather, so the four jumped back into their car and drove off.

In the hospital Levy identified the four men, Charles Haffman confirmed their identities, 20 detectives were sent out to hunt the attackers and soon arrested Eddie and Jack Diamond, Fatty Walsh and Lucky Luciano. Two of the four were taken to the hospital, so they could be further identified by Albert Levy, however Levy suddenly forgot who his attackers were, he said “There’s some mistake, these aren’t the men”

Back at the police station all four were questioned about another unrelated shooting, then released. “Lucky” Luciano was issued with a summons to appear in traffic court, while Eddie Diamond was re-arrested in connection with a hold-up from the previous week.

← Lucky Luciano goes for a ride An Unusual Police Line-Up →