Lucky Luciano goes for a ride 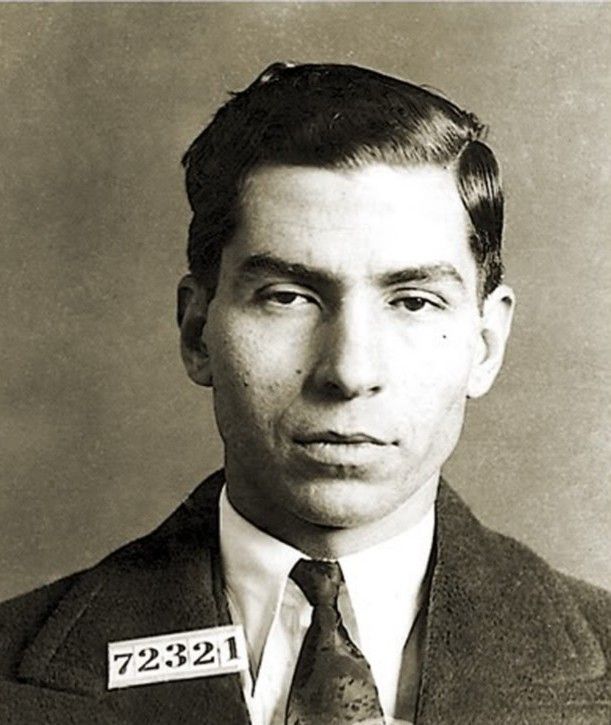 Throughout this episode both Entrata and “Legs” Diamond were in hiding, Entrata was caught and brought in for questioning, however there was no sign of Legs Diamond anywhere. Three months after the shooting police were still looking for “Legs” Diamond, running out of ideas they decided to pay Diamonds old friend Charles “Lucky” Luciano a visit. Both Luciano and Diamond had a history together, both were former bodyguards for Arnold Rothstein.

On October the 16th 1929 as Luciano was going to a house he owned in the Bronx, he pulled his car into the garage of the house and as he was pulling the door of the garage down he was grabbed by a couple of big detectives who threw him against the wall of the garage and frisked him. “Im pretty sure they was cops the minute I saw them” Luciano would say 25 years later. “Then a car with two more guys pulls up to the curb.Each one of ’em takes hold of an arm and hustles me into the car and throw me face down in the back”

When in the back of the car Luciano said his hands were tied behind his back and tape placed over his eyes. Then the detectives proceeded to beat and question him as to where “Legs” Diamond was, Luciano told them he hadnt seen Diamond for over a year, needless to say the detectives werent happy with his answer and so decided to beat him some more and keep questioning him, after a few hours the detectives came to the conclusion that Luciano wasnt going to give anything up. They proceeded to take a ferry ride to Staten Island where they dumped a semi conscious Luciano on Huguenot Beach.

When he regained his senses Luciano made his way home, however he met a policeman which Luciano offered $50 to call him a taxi and leave him be, the officer refused and brought him to hospital, where he was questioned further. Luciano gave a statement that he had been picked up by rival mobsters in a limo and beaten. The newspapers picked up on the story, saying he had survived a “one way ride”. This is partly where the myth of how Luciano got the name “Lucky” started, in reality he had the name Lucky before this event.