Capone’s Board of Director’s 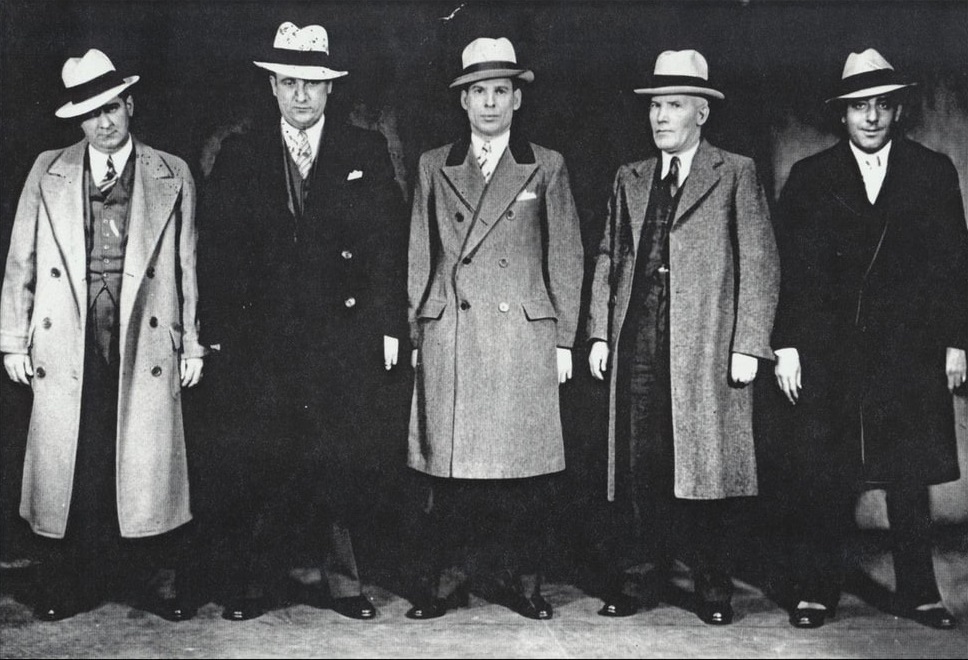 On the 1st of November 1932 a police raid managed to take into custody Al Capone’s Board of Directors. Chicago Chief of Detectives, William Shoemaker, who was looking to arrest William “Three Finger Jack” White stumbled across a meeting of the biggest names in Chicago’s gangland on the fourteenth floor in one of Chicago’s finest skyscrapers at No.1 La Salle Street, surprising Detective Shoemaker as much as it did the gangsters.

The scene was described to the media by Detective Shoemaker like this; the gangsters were meeting like the presidents of banks, in an expensive directors suite. At the head of the large mahogany table was Murray “The Camel” Humphries, who had taken over from Al Capone while he was in prison. Next to Humphries, to his right was sitting William “Klondike” O’Donnell the Southside Beer Baron. On Humphries left was sitting Marcus “Studdy” Looney a labor racketeer and business agent for the Teamsters Union.

Along the sides of the table were other racketeers and union business agents such as Thomas Cullen, John O’Brien, Joe Marino, Sam Alex, William Martin, Charles Sullivan, who had taken over the labor rackets from his brother in law and recently deceased Charles “Red” Barker. Charles Fischetti a labor racketeer and a former bodyguard to and Al Capone’s cousin. At the bottom end of the table was sitting William “Three Finger Jack” White. In the center of the table was a gold frame with the photo of Charles “Red” Barker.

A surprised Detective Shoemaker walked into the room and was greeted by Murray Humphries, sitting in his chair at the top of the table “Ah, how do you do. We meet again”. Shoemaker searched Humphries and found a gun, as he searched the rest of the members of the board he found a gun on Charles Fischetti, another when he searched William “Three Finger Jack” White and a fourth gun in a drawer in the desk.

The entire board of directors plus all of their bodyguards were brought down to the station, where Shoemaker was thinking of what charges should be brought against them, he knew they were up to something they shouldnt be but wasnt sure what it was. “I understand they’ve gone into the labor rackets”