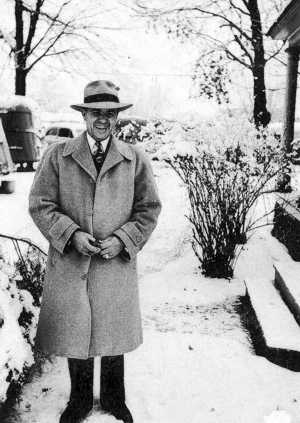 He was described as handsome and dapper, a quiet man with impeccable manners, saying sir when addressing people, a man of small stature and build, he was 5’3″ and 110 pounds. He was known as “Black” Charlie Harris, a ruthless gunman with a fierce reputation in Peoria & Southern Illinois.

Charlie Harris was a close associate of the Shelton Brothers of Southern Illinois throughout the Prohibition Era. The Shelton Brothers, Carl, Earl & Bernie ran the alcohol, gambling and other vices throughout East St. Louis and Southern Illinois in the Prohibition Era right through to the 1940’s, who were involved in all out warfare with enemy Charlie Bergir, who was briefly an ally in a war with the KKK. The warfare in Southern Illinois claimed many victims, some claim upwards of 3 figures and included bombs being dropped from planes and gangsters driving around in homemade tanks.

Harris was jailed in 1927 for violating Prohibition Laws while working for the Shelton Brothers as an agent who would buy alcohol for the brothers, for this he received a 10 year sentence, he was released in 1932 on parole, however he was arrested again in a counterfeit money scheme, for this Harris was sent to Leavenworth prison for the full 10 years. Harris would later recall with anger his back-breaking stint in Leavenworth.

When Harris eventually got out of prison, the Sheltons never showed their appreciation for Harris and for the next 10 years Harris patiently plotted his revenge. Although he was never indicted or charged for the murder of any of the Shelton brothers, its believed that “Black” Charlie Harris was involved in everyone of them, he did admit to the the murders of Carl and Bernie Shelton to a cell mate in prison.

Talking about the murder of Bernie Shelton, Harris told his cellmate that an unnamed accomplice waited in a green Chevrolet, one was spotted by witnesses near St. Joseph’s Cemetery. He hid in the woods on a hill between the cemetery and Parkway Tavern, where Bernie was. After Bernie emerged from the tavern, Harris needed just one shot to kill him. He then scrambled up a hill footpath and got inside the waiting Chevy. They then drove back to Fairfield, Illinois.

Carl Shelton was driving his Jeep near the family farm with a friend. At a rise in the road, they spotted a car hidden in the brush. Gunfire screamed, and Carl Shelton fell out of the Jeep. He died minutes later. Just after Carl Shelton was shot off his Jeep, his companion heard Shelton lament, “Don’t shoot me any more, Charlie. It’s me, Carl Shelton. You’ve killed me already.” A grand jury refused to indict Charlie Harris for the murder.

There were a couple of attempts on Earl Sheltons life and many mysterious incidents that happened to other Shelton family members that were never solved but the finger of blame always points back to “Black” Charlie Harris.