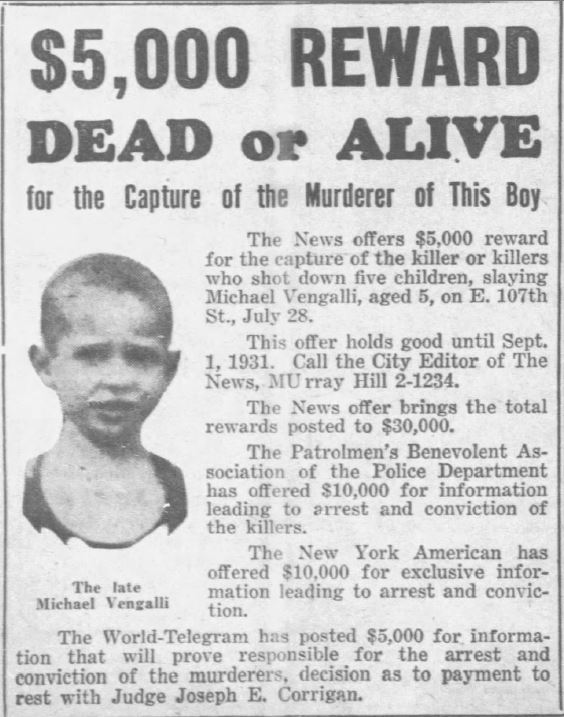 The New York Daily News offered $5,000 reward for the capture of the murderer of 5 year old Michael Vengalli, who was playing on the streets when a car roared down the street and opened fire indiscriminately in an attempted hit on a social club. The intended target was Joey Rao, a mobster connected to Dutch Schultz, however 5 children were hit by the bullets, killing one, Michael Vengalli.

The subsequent manhunt and outrage led Vincent Coll and his gang to go into hiding. The media and police dubbed Vincent Coll “Mad Dog” which would stick with him forever. Coll and most of his gang were eventually caught and put on trial but they were found not guilty.