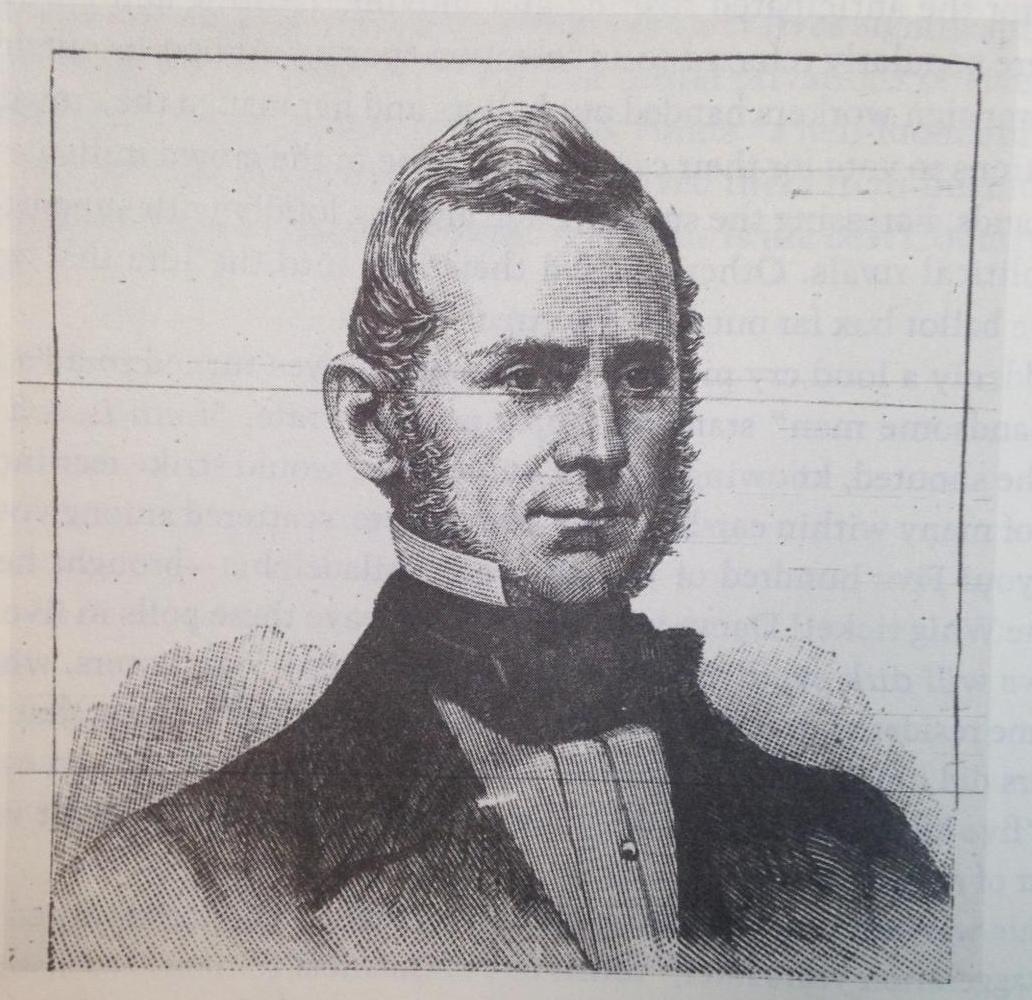 Isaiah Rynders was born in January 1804 in Waterford, New York to an Irish mother and German father. At around 12 years of age he started to work on river boats, starting at first as a deckhand, then eventually working his way up to becoming Captain of a sloop, a sloop is a boat with just one sail. He would be known as Captain Isaiah Rynders for the rest of his life.

In his early years Isaiah was well known professional gambler along the Mississippi River, amassing a fortune along the way. He was also very handy with a pistol and bowie knife, an incident in 1823 would bring him national attention in the newspapers. In Natchez, Mississippi 1823 he became involved in a dispute over a card game which resulted in a duel, each fighter was armed with a bowie knife, these were fights where one or both fighters usually died, Isaiah Rynders came out victorious when he killed his opponent. After this he returned to New York where he became involved in politics. 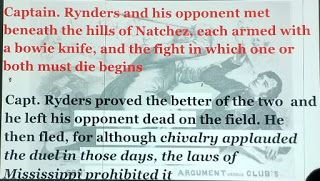 He was said to have been an enthusiastic supporter of Tammany Hall and he quickly established himself as one of the most politically skilled organizers in the city. He recognized the value of using the numerous street gangs for Tammany Hall’s purpose. One of his “specialties” was said to be hiring gangs from the Five to be organized on Election Day’s.

He was the owner of at least half a dozen green-groceries in Paradise Square and established a network of saloons and gambling houses which supported his political club and brought in a lot of revenue for Tammany Hall. Through this he was able to organize street gangs like Plug Uglies, Roach Guards and Dead Rabbits and bring them over to the cause of Tammany Hall and organize them into a voting block.

Some of his best men were Paudeen McLaughlin, Lew Baker, Jim Turner and John Morrissey. All of which were involved with the death of Bill The Butcher.

Captain Rynders’ best era was mostly from 1840 – 1860, during which time he operated from Sweeney’s dive bar on Ann Street, a saloon that was popular with volunteer firefighters, before he founded the Empire Club in 1843. According to the book The Empire Club was “Captain Isaiah Rynders and its membership was made up of a variety of “picked worthies” who could argue a mooted point to a finish with knuckles.”

The Park Row clubhouse quickly became the political hub of the Sixth Ward and, through a heavy campaign of voter intimidation and election fraud, he was credited for securing the presidency of candidate James K. Polk during the Presidential Election of 1844. 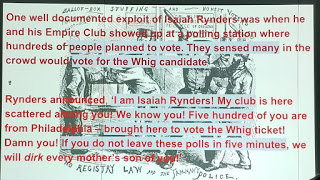 Riots, repeating voting and intimidation were a popular tactics of persuasion at the ballots and usually had Rynders’ name all over them to earn the results he was looking for in elections. This was true for both city politics and local politics, the 1844 Waterford election a good example of this when riots broke out. He was also responsible for Astor Theater Riots in 1849 and by the end of the decade, he was considered to be the leader of the Five Points gangs. The authorities often asked him to use his influence to cease rioting and other crime that the police couldn’t stop.

With Rynders influence and the “intense prodding” of voters by his men led to Franklin Pierce’s presidential election in 1852 and of James Buchanan, 1856. When Buchanan was elected President he appointed Rynders to the position of U. S. Marshall for New York’s Southern District. 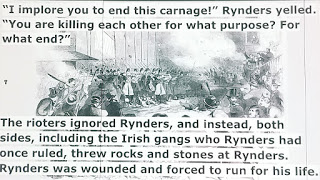 Toward the end of the 1850’s he switched his allegiance to the Know Nothing Party and renamed his political organization the Americus Club causing a deep rift between him and his protégé John Morrissey. This would lead to his downfall as the political boss of the Sixth Ward and when he was called during the Dead Rabbits Riot on the 4th of July 1857, he was attacked and pelted with rocks as he was ignored in attempting to persuade the rival factions to stop the rioting.

Captain Isaiah Rynders continued in public life in his capacity as U.S Marshall, he died in January 1885. John Morrissey eventually replaced Rynders as head of the Sixth Ward.