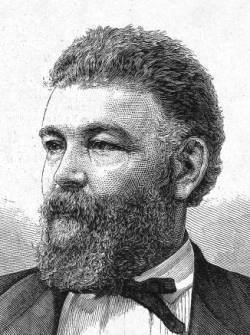 “Old Smoke” John Morrissey was born in Templemore, County Tipperary, Ireland in 1831. Around 1833 his parents emigrated to the U.S and settled somewhere near Troy, New York. In 1848 Morrissey moved to New York City and married the daughter of a ship’s captain, Sarah Smith, around 1849.

One story about how he got the nickname “Old Smoke” was during a fight with Thomas McCann, Morrissey was said to have been pinned on his back on burning coals from a stove that had been overturned. Morrissey endured the pain and fought off McCann. Enraged, Morrissey beat McCann senseless. He was named “Old Smoke” which stuck with him for the rest of his life.

He moved to San Francisco in 1851 during the California gold rush but he didn’t have any luck prospecting instead he became a renowned gambler and made a fortune winning gold from prospectors.

It was during this time in San Francisco that Morrissey appeared for the first time in a prizefighting boxing match. On 31 August 1852 he defeated George Thompson at Mare Island in the 11th round. With this success he returned to New York to fight the American Champion, Yankee Sullivan. 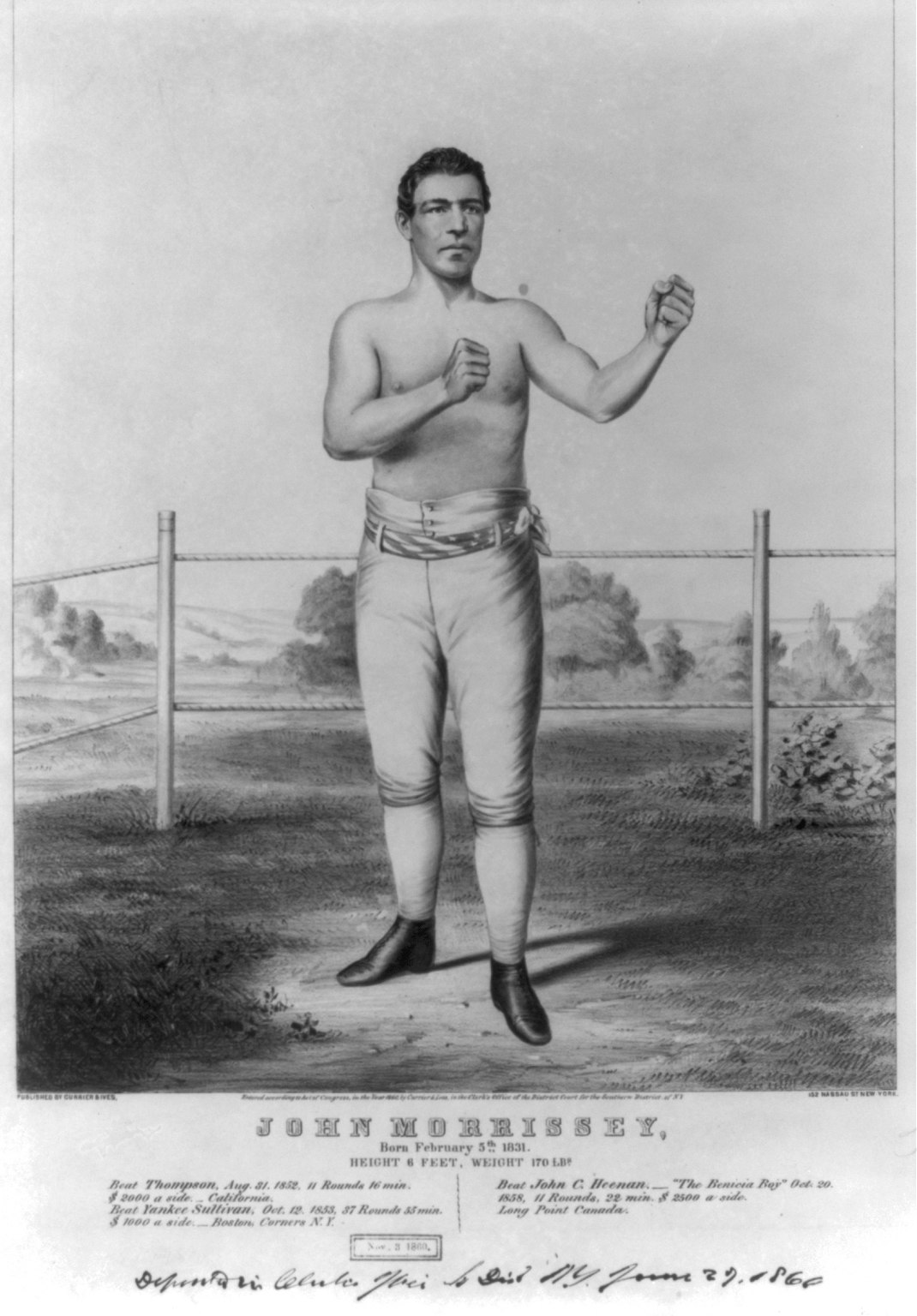 In 1853, Sullivan fought John Morrissey at Boston Corner, Massachusetts. Sullivan was the dominant fighter for the first ten rounds but wore down as fight went on, and was taking a serious beating after almost an hour of fighting. Sullivan was judged to have given an illegal blow to Morrissey and there was a dispute of the rules. The fight turned into a brawl involving Sullivan and both fighters’ trainers. Morrissey stayed out of the fight and was given the winners money as a result and claimed the title as champion. Not everyone would accept this claim however.

Morrissey became the muscle behind Tammany Hall, organizing a group of toughs including Blacksmith Dan Edgar, Lew Baker, Jim Turner & Paudeen McLaughlin who had his nose bitten off during a brawl. he also had the backing of the Dead Rabbits, a violent gang from the Five Points neighborhood in Lower Manhattan.

Soon he developed a rivalry with none other than William Poole or “Bill the Butcher”. You would recognize him from the 2002 movie Gangs of New York. Bill The Butcher was the leader of the Bowery Boys, a boxer himself and also a member & political enforcer for the Know-Nothing Party.

On the night William Poole or Bill The Butcher died, two of Morrissey’s friends, Lew Baker and Jim Turner, shot and fatally wounded Bill the Butcher at Stanwix Hall on February 1855. Morrissey and Baker were indicted for the murder, but the charges were dropped after three trials resulting in hung juries. His political enemies would use this against him.

Morrissey retired from boxing in 1859. He focused his attention on gambling establishments and allegedly owning stakes in many illegal casinos. In 1866, with the backing of Tammany Hall he ran for Congress. Despite his indictments and convictions for various crimes he became a Congressman and served two terms. As a Congressman, he was known to use strong-arm tactics to accomplish his legislative goals.

He grew tired of Tammany Hall and their corrupt ways and he stepped down after his second term and ran as an Anti – Tammany candidate. He was elected to the New York State Senate in 1875 and was re-elected in 1877.

On May 1, 1878 at the age of 47 John Morrissey died after getting Pneumonia. The entire State Senate attended his funeral in Troy, and 20,000 mourners lined the streets to pay their last respects.