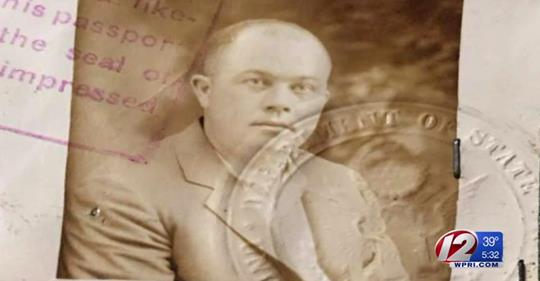 Danny Walsh was a mobster from Providence, Rhode Island involved in bootlegging during Prohibition. He was the top underworld figure in southern New England, and last major Irish-American gangster in the region, until his kidnapping and apparent murder in 1933.

When Prohibition started Walsh was just earning $5 a day in the mill town of Pawtucket. But he learned there was money to be made supplying liquor. With liquor selling for 65 cents a gallon in Canada and $7 a gallon in American cities, it’s easy to see why bootlegging was more appealing than working in a hardware store.

He also made sure he stayed friendly with the New England criminal leadership. He worked closely with the acknowledged chief of New England organized crime, “King” Charles Solomon in Boston. Walsh became close with bankers and politicians. With the state firmly opposed to prohibition, Massachusetts one of the few States that didnt enforce the Volstead Act, Walsh was ready to supply to Rhode Island business and political elites with alcohol.

He established a formidable bootlegging operation which included planes, automobiles and a fleet of boats, one of them the legendary rum-runner called the “Black Duck”, earning him a reputation as one of the most successful bootleggers on the east coast.

Walsh enjoyed enormous wealth as one of the country’s largest bootleggers. His is one of four biggest bootleggers of Irish-Americans which included William “Big Bill” Dwyer and Owney “The Killer” Madden and Boston’s Joseph Kennedy, they altogether made up a group called the Combine, a group of seven top mobsters, the Combine was the top mob organization in the U.S before the Commission was formed.

In 1933, during the last months of Prohibition, Walsh was last seen at the Bank Cafe having dinner with six business associates on the night of February 2, 1933. Several days after his disappearance, his brother Joseph Walsh received a ransom note demanding $40,000 and, although he traveled to Boston to pay the ransom demand, Daniel Walsh was never returned.