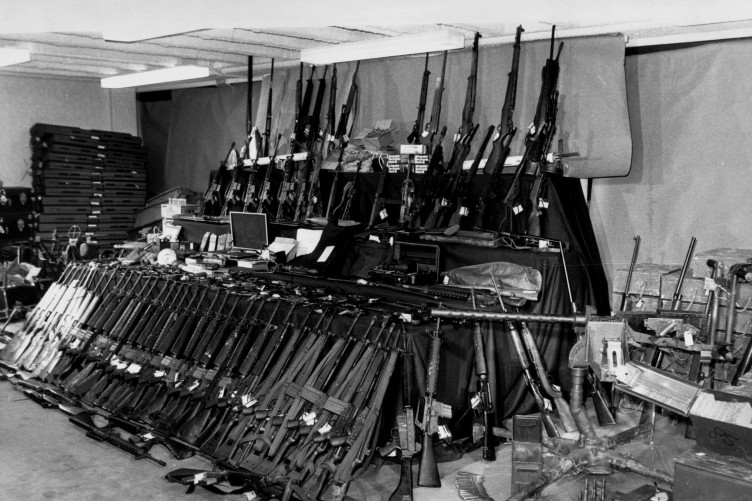 Its very well known that the Valhalla was sent from Boston with weapons for the IRA, what isnt as well known is what happened once the boat transferred its cargo to the Marita Ann

In 1984 a fishing boat named the Valhalla left Boston harbor for the Ireland, carrying seven tons of guns and ammunition valued at over $1 million. The Valhalla sailed toward Ireland it was met in the Atlantic by another boat the Marita Ann where the cargo was transferred and brought to Ireland.

Before that, on one of his last trips home Pat Nee came back to meet the leadership of the IRA to discuss arms shipments and to take orders for what weapons they needed. Among some of the weapons on were bullet proof vests, grenades and machine guns.

When he returned to Boston he went about getting the weapons that were needed. In some the first attempts he came up with a plan to send some rifles, handguns and ammunition in the bottom of coffins that were being sent home to Ireland to be buried, but it wasnt enough. They needed to send more weapons and bigger amounts of them. They bought a boat to send across the Atlantic loaded with 7 tonnes of weapons.

The boat was named the Valhalla, it was caught on its maiden voyage, due to an informant. The FBI agent John Connolly gave the name of the informant to Whitey Bulger, the informant was dealt with and murdered.

But there was another informant on the Marita Ann, Sean O Callaghan, who gave the tip off about the arms shipment coming from Boston, courtesy of Bulger / Nee.

Sean O Callaghan was a senior IRA commander and when he was in prison he was also a hunger striker. As he said, he joined the IRA to become a robber, bomber and killer. He left the IRA in 1975 and rejoined in 79 as an informant for the Irish and British police, he says he saved at least 50 people from being murdered.

The Valhalla made the trip and transferred the weapons onto the Marita Ann and the weapons were brought to Ireland but was caught by the Irish Navy as it entered Irish Waters. Its not clear if O Callaghan was on the boat, but definitely gave the tip off. Also on board the boat was an IRA commander by the name of Martin Ferris who is now a member of the Irish parliament with the Sinn Fein party.