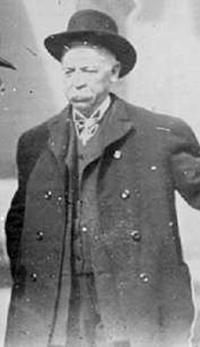 King Mike or Michael Cassius McDonald was originally born in Niagra, New York but made his way to Chicago, settling in “Little Hell” an Irish neighborhood that is now Cabrini Green in the Near North Side. He is regarded as Chicago’s first crime and gambling boss.

About a year after Mcdonald had moved to Chicago, he came up with a scam where he would talk many men into signing up for the Union army during the Civil war, the man would get the $300 signing bonus for signing and Mcdonald a percentage, Mcdonald would help the men dodge their enlistment and then re-enlist under another name, bringing in another $300.

This made Mcdonald look like a hero because he brought several thousands of troops to fight in the war even though he went about it illegally.

This got him his major notoriety in the city of Chicago and respect from politicians and other government officials and most of them were unaware of the illegal ways Mcdonald brought in those men; regardless, he roped many more men in the military than the military recruiters could.