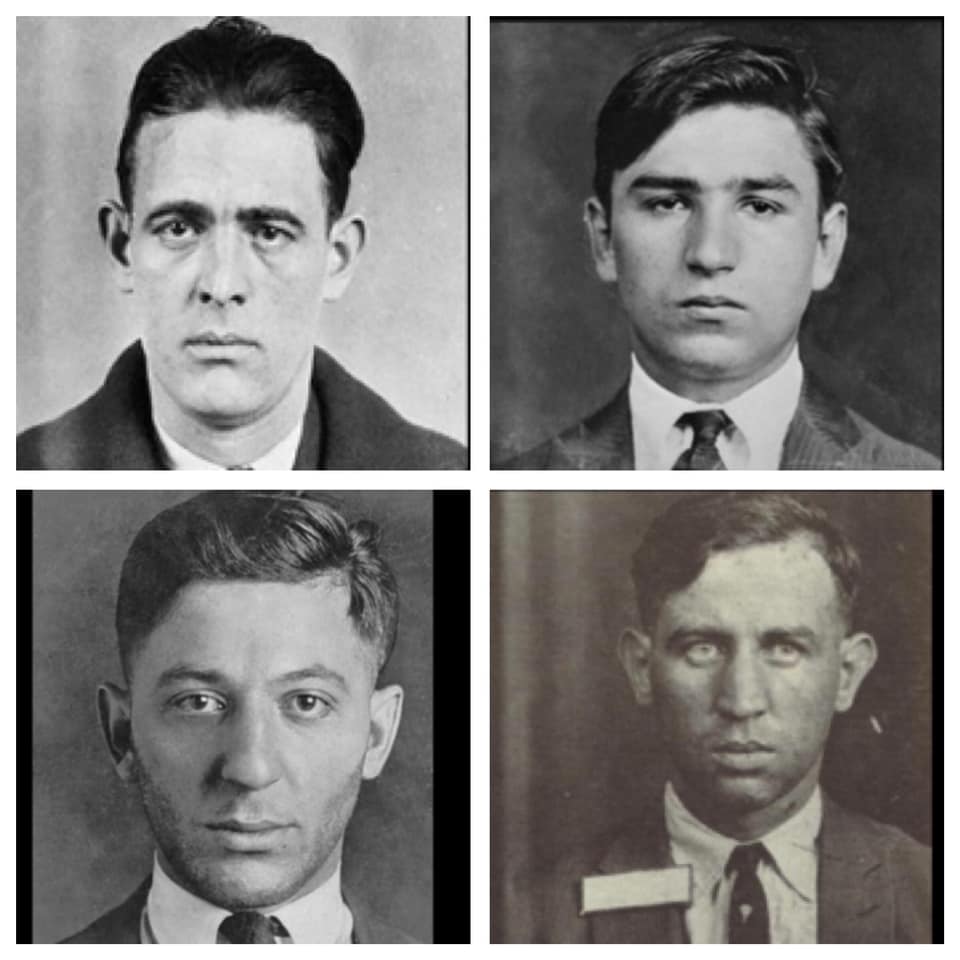 It’s believed the partnership between Jack “Legs” Diamond and Jacob “Little Augie” Orgen started when Jack cut Little Augie into his narcotic and bootlegging business, for a slice of Little Augie’s Labor Union racket. This deal didn’t sit well with Little Augie’s top two lieutenants, Louis “Lepke” Buchalter and Jacob “Gurrah” Shapiro. The situation turned worse when Little Augie gave a contract to the Diamond gang instead of using his own gang. Buchalter and Shapiro decided it was time for them to take control. They found out Jack and Little Augie were meeting at the corner of Delancey and Norfolk streets, on the Lower East Side at 8.00pm, Saturday, October 15, 1927. Apparently a few minutes before 8.00pm, a dark sedan with a handful of fellas pulled up a short distance from the intersection. Just as Jack and Little Augie greeted each other, they strolled north on Norfolk. Three men from the car got out and walked behind them. One of the gunmen put a pistol to the back of Little Augie’s head and put a slug through his brain. At the sound of the gunfire, Jack instinctively turned to see what was going on, another of the gunmen fired a shot into Jack’s stomach. With both victims on the ground, the gunmen slowly walked back to the car, and drove away from the scene. With Little Augie lying dead on the street, Jack managed to stagger to a Hospital. Newspapers claimed it was supposed to be Eddie Diamond with Little Augie that evening as a bodyguard, but Jack filled in for him. Whatever the case, it was a message to the underworld, Buchalter and Shapiro were the new power in the Union rackets.