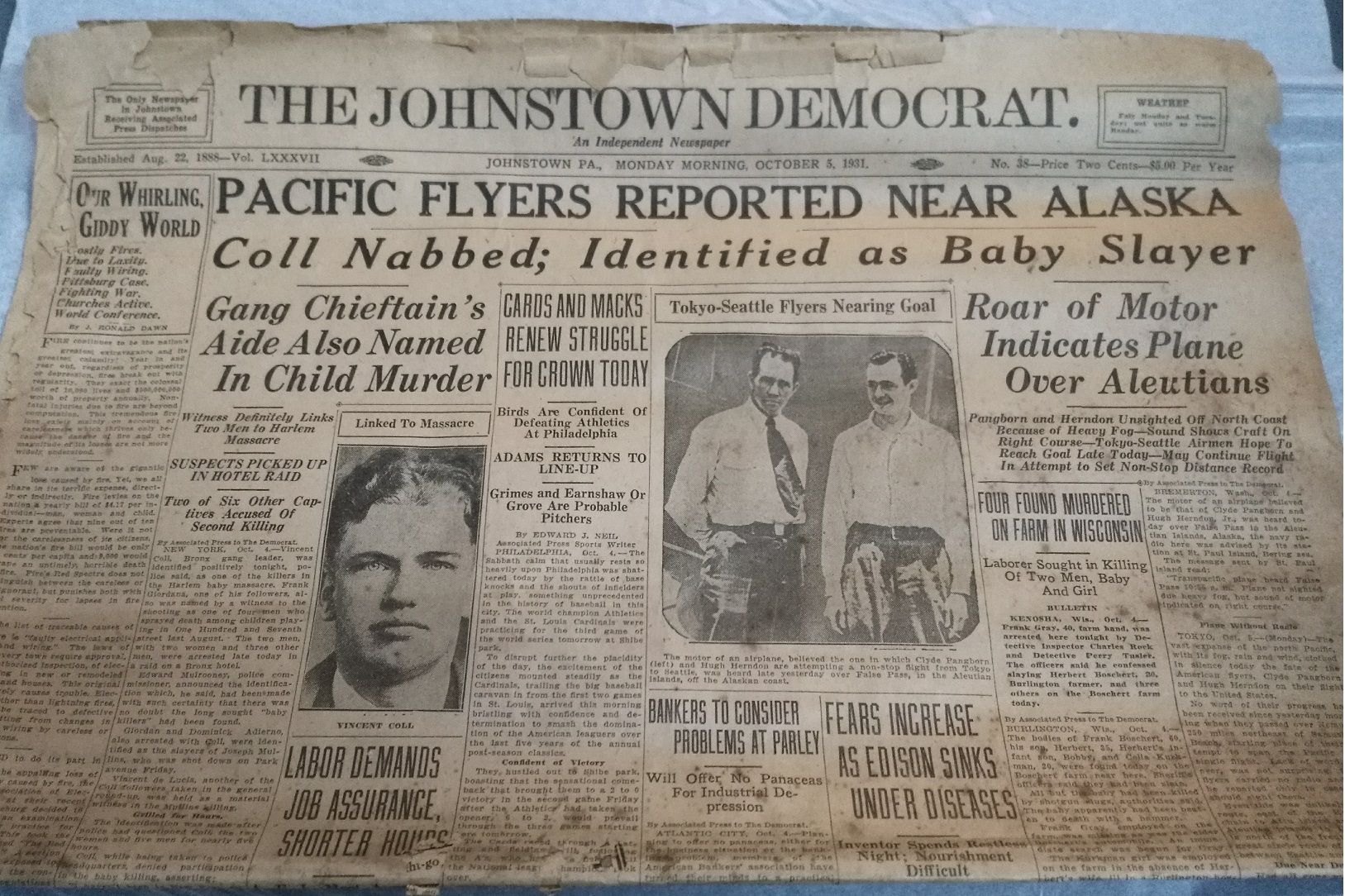 After months on the run and a police manhunt to try and find him, Vincent “Mad Dog” Coll was finally arrested in New York City in October 1931 along with Tuffy Odierno.

The police manhunt came after a shooting that would give Coll his title of Mad Dog. In attempt to whack mobster Joey Rao, a car pulled onto 107th Street in East Harlem, where innocent children were playing and some men were standing outside a social club, Joey Rao being one of them and the intended target. As the car passed by the passengers inside opened fire with shotguns and machine guns, Joey Rao was unharmed but five children were wounded in the crossfire, leaving five year old Michael Vengalli dead.

That shooting caused outrage and the police offered a 10,000 dollar reward for any information that would lead to the arrest of Vincent Coll. The gang went into hiding in Upstate New York until the heat died down.

During that time its said that Coll and Jack “Legs” Diamond were looking to go into a partnership and to try and corner the bootleg market by controlling the alcohol shipments coming over the Canadian border. Diamond was having legal problems and was running short on cash so a partnership with Coll could have brought in some much needed cash.

It was also during this time Mad Dog Coll had some luck, he was contracted by Salvatore Maranzano to kill Lucky Luciano and Vito Genovese, Maranzano paid Coll $25,000 up front and he was to collect the other $25,000 after the job was finished. However, Luciano and Genovese found out that they were to be killed and set a trap of their own by sending members of Murder Inc. to kill Maranzano. In a stroke of luck, Coll met the members of Murder Inc in the lobby of the building just after they had killed Maranzano, who told him what had happened and to leave, which he did.

While Coll was in New York he had been staying in the Cornish Arms Hotel or the Corned Beef Arms Hotel as it was known. Detectives had found that the guests they were looking for were registered under the name Mr & Mrs Moran, Vincent Coll and Lottie Kreiserberger, they also found Tuffy Odierno and his partner under the names Mr. & Mrs Stein. The hotel was surrounded by police armed with shotguns, tear gas and rifles, expecting a siege.

As four police officers made their way upstairs, covered the exits and sent for reinforcements, as four officers led by Detective Laurino stepped off the elevator and peeped around the corner they saw a tall black haired man wearing glasses, along with a short man walking along the corridor. Instantly the officers recognized who it was Mad Dog Coll & Tuffy Odierno, who had both taken time to disguise themselves, Coll dying his hair black.

As the officers pounced Coll made a run for it, but ran into a dead end, so he found a hiding place in the bathroom. Tuffy Odierno wasnt so quick and was caught straight away. As Odierno saw the cuffs being taken out, he reportedly shouted, “its alright Irish, they are only cops” with that Coll came out of hiding and surrendered without a fight. As all of this was happening, two well dressed mob molls came out of their room to see what was going on, they also were arrested and identified as Lottie Kreiserberger and Betty White, another of Coll’s gang members, Frank Giordano’s girlfriend.

Fats McCarthy who heard everything from his room, made his way to the rooftops and escaped, he wasnt caught.