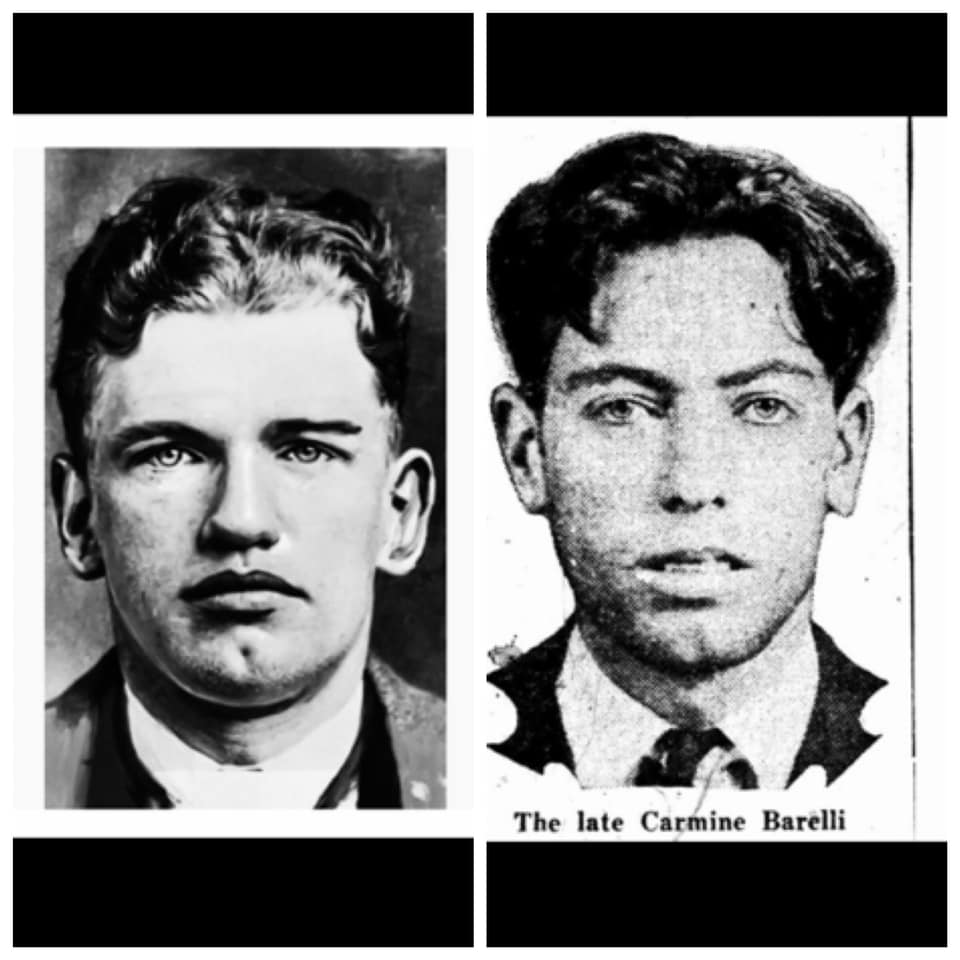 February 12, 1930, the Schultz-Coll war began with the shooting of Carmine Borelli, one of Dutch Schultz’s top lieutenants, and Mayme Layton aka Mary Smith, on Inwood Ave, the Bronx. Apparently Vincent “Mad Dog” Coll believed Borelli knew of Coll’s war plans against his boss,, so he along with Frank Esposito and Patsy Del Greco followed the couple in a car until they reached 170th Street and Inwood Avenue.
Just after 2am the car pulled up along side Borelli and Smith, and Coll called out. As Borelli turned, three slugs knocked him down dead on the sidewalk. It’s believed Coll stared at the terrified Smith and said with a smile, “Baby, I’m awfully sorry, but you seen it, so ya gotta go”. Smith was shot in the chest, neck and head. Apparently a few days later, Coll then went to see Mrs Borelli, where her son lay in a casket in the front room. Coll knelt by the casket, crossed himself and said a prayer. As he stood up, Mrs Borelli said she knew Coll killed her son. Silence filled the room as their eyes met. Coll quickly left. March 30, Coll was arrested for double homicide but the charges were dropped for lack of evidence.