The White Hand Gang at war with itself 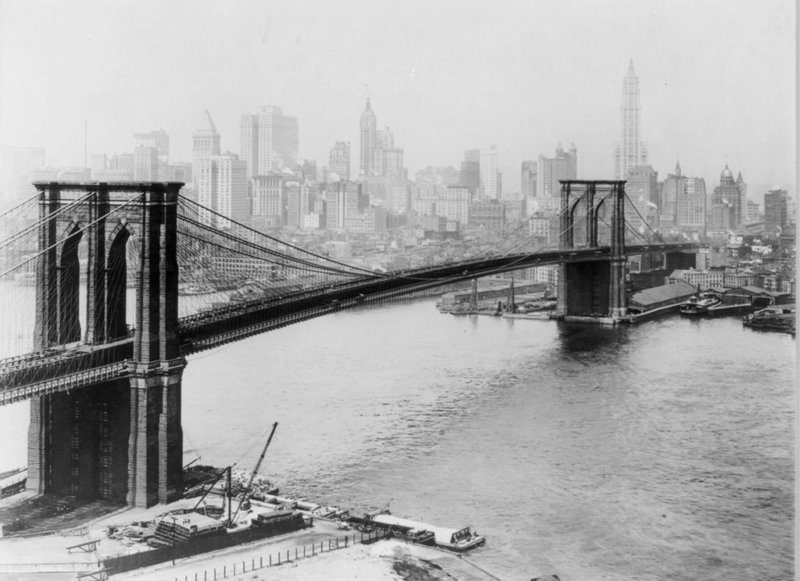 Brooklyn’s Irishtown, the area between Manhattan Bridge and Brooklyn Bridge was the territory belonged to the White Hand Gang, they ran all the waterfront rackets and controlled the docks, ships coming in to be unloaded had to use the workers provided by the gang, if a rogue element tried to unload the ships they were quickly thought the error of their ways, if the ships refused to pay the White Hand Gang their cargo would be hijacked and then sold back to them, increasing their insurance premiums, so it was just easier to stick with the status quo. 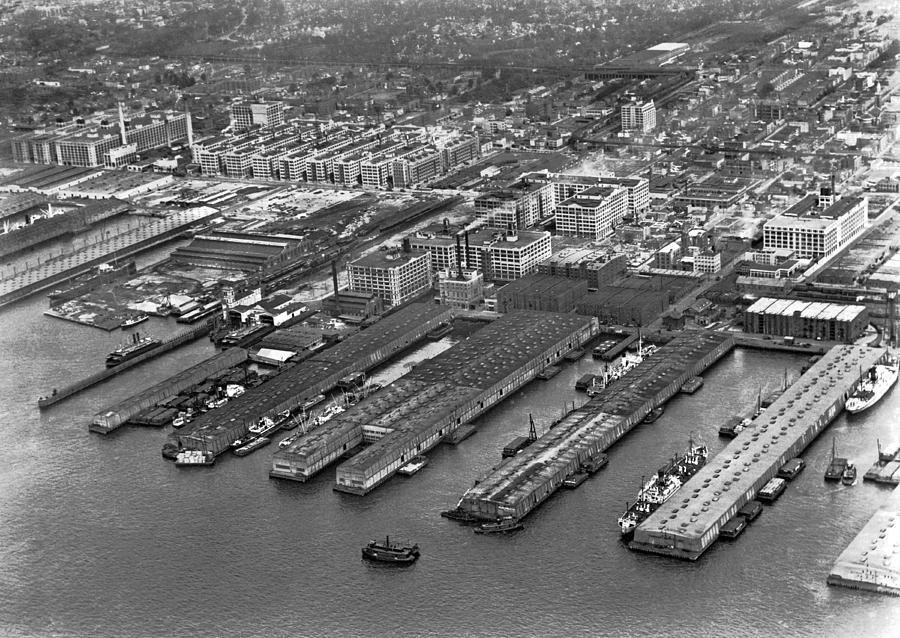 Everyone knew what the rules were and what would happen if they were broken. If a gang member talked too much, he would be found with a gunshot to the head or with his hands tied behind his back and dumped in the New York Harbor.

The gangs first well known leader was Dennis “Dinny” Meehan, Meehan took over as boss in 1910 until his death in 1920 but unusually unlike some of the other gang bosses, Dinny Meehan would often join the gang on jobs. With Dinny Meehan in charge everyone knew who to go to when they needed a job or if they needed someone taken care of. Everyone knew what the rules were and what would happen if they were broken. But Dinny Meehan met his end while asleep in bed. On March 31, 1920, Dinny Meehan and his wife Sadie were asleep in bed in their apartment when gunmen entered the house. A number of shots were fired, one passed through Dinny Meehan’s head and then lodged in his wife’s shoulder, she recovered from her wounds.

In the aftermath following “Dinny” Meehan’s murder, up to 20 Irish gang-related killings occured in Irishtown

The next leader and one of the main suspects in the Meehan murder was William “Wild Bill” Lovett. An Irishman born in Lixnaw Co. Kerry, Ireland, whose family had emigrated to the US when he was a young child. When World War I broke out Lovett enlisted in the army and was assigned to Company C, 13th Machine Gun Battalion, 77th Infantry Division and was awarded the Distinguished Service Cross for bravery for his actions during battles on the Western Front. While “Wild Bill” Lovett had plenty of enemies in the Italian Black Hand, he soon found just as many enemies among his own. Severely shot 3 times and wounded on January 3, 1923, when police questioned him as to who shot him, Wild Bill replied, “I got mine. Don’t ask any questions.” Later he added, “Don’t try to pump me. It’s give and take. When we get it, we take it and say nothing.” 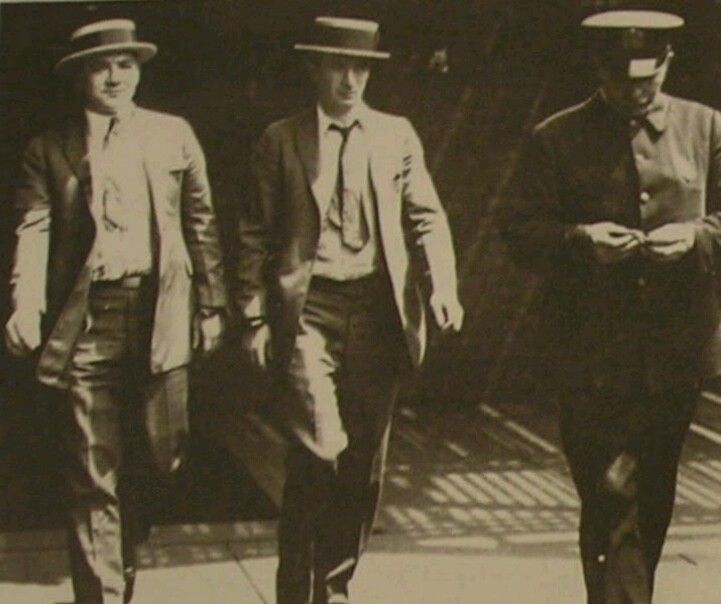 In 1921, while walking out of court , a gunman fired at Wild Bill but failed to hit him. The gunman was Garry Barry, a rival Irish gangster. Barry was later found stabbed to death in a New York Street after his failed assassination attempt on Wild Bill. Barry had once challenged Dinny Meehan to a fist fight for leadership of the gang. Meehan battered Barry, knocking him out within a minute and leaving him out of the gang’s inner circle.

Barry was also suspected in attempt on mobster Frankie Yale’s life occurred on February 6, 1921, when he and two of his men were ambushed in Lower Manhattan after they stepped from their car. One of Yale’s bodyguards was killed and the other wounded, with Yale himself sustaining a severe lung wound. Yale pulled through after an extended recovery.

Brothers James & Timmy Quilty were victims of another internal dispute. Police say that twelve men entered a saloon shortly before 9 o’clock. They had been in there only a short time, when they began a heated argument. Several of them moved into a private room in the rear and others followed. The argument became louder and then there was a series of gun shots and the men scurried out of the salon by all doors. The saloon keeper said that when he entered the back room he found Timothy Quilty on the floor one bullet had struck Timothy Quilty in the back of the head and two in the left breast. His brother James Quilty, who was sitting motionless in a chair. James was revived and questioned by detectives, but seemed unable to give any coherent account of what had taken place. The gun found in his coat pocket, led to his arrest on a charge of violation of the Sullivan act. The police believe that the weapon was placed in Quilty’s pocket by the murderer before he left the saloon.

The final leader was Richard “Peg Leg” Lonergan, Lonergan who was “Wild Bill” Lovetts brother in law was shot dead, along with some of his key men at the Adonis Social Club at 154 20th Street in Brooklyn. A number of people were arrested in connection with the murders including Al Capone, though none were charged. The Lonergan Family themselves were part of a crime family stretching all the way back to an early gang the Yakey Yakes, Lonergans mother Mary was the sister of Jake Brady the leader of the Yakey Yakes based in Lower Manhattan. 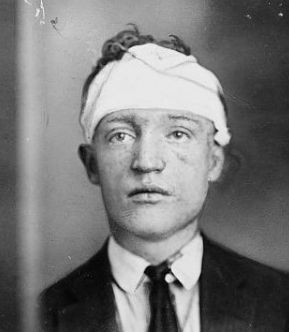 After the deaths of “Wild” Bill Lovett & Richard “Peg Leg” Lonergan, the White Hand Gang were in turmoil.

Eddie McGuire was 26 years old and was a lieutenant and a right-hand man in the Bill Lovett days, according to the police. Ever since Lovett’s death, McGuire, had waited to step into the shoes of his old leader. He had already made himself the leader of a large faction in the gang, which had been leaderless for some months, and on the night of 27th December 1929 his opportunity came.

McGuire along with four others appeared on Pier 3, the dock of the Colombia Line at the foot of Main Street. All of them, according to watchmen, had been drinking heavily. They threw dice for the biggest prize in Brooklyn gangland, McGuire won. A moment later a watchman heard their voices raising loud and in angry tones began arguing among themselves again. Then there was a volley of shots and four fleeing figures. Edward McGuire’s reign as the leader of the White Hand Gang was over. McGuire was shot three times receiving two bullets in his chest and one in the abdomen. His body was identified at the Poplar Street station by his brother William.