A murder on the Brooklyn Docks 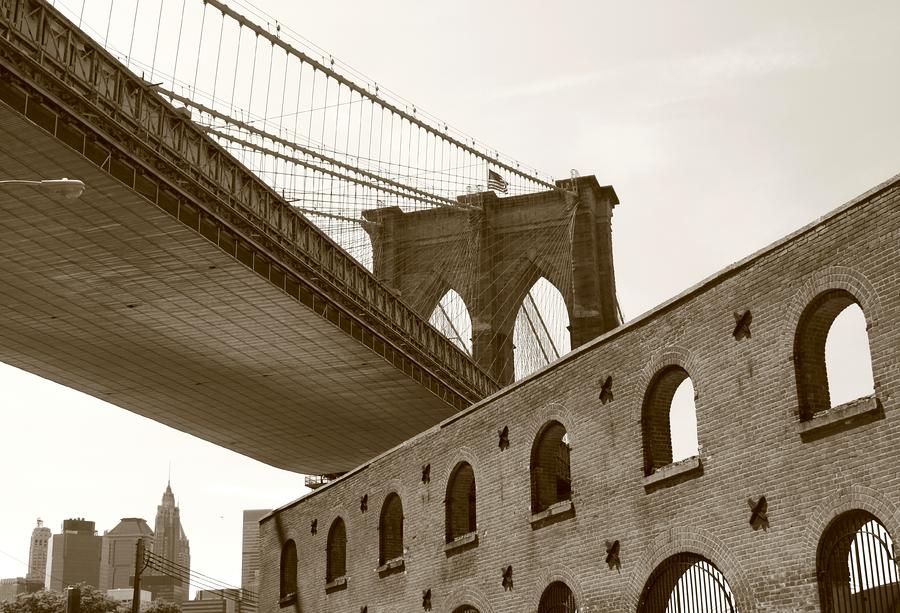 After the deaths of “Wild” Bill Lovett & Richard “Peg Leg” Lonergan, the White Hand Gang were in turmoil. After a spree of killings and revenge killings Eddie McGuire had taken control of the gang, very briefly, on the night of 27th December 1929 Eddie McGuire suffered the same fate as did many others.

Edward McGuire was a Brooklyn dock loader and waterfront gangster who achieved his ambition and found his end in the same turn of the dice last night. For a brief two or three minutes as the white cubes rolled he ruled over Brooklyn’s gangland. A moment later he lay face down on the dock in the shadow of Brooklyn Bridge as four men, their guns still in their hands, ran from the pier to safety in the dark.

Eddie McGuire, who was 26 years old and lived at 148 Pearl Street, Brooklyn, was a lieutenant and a right-hand man in the Bill Lovett days, according to the police. Ever since Lovett’s death, McGuire, had waited to step into the shoes of his old leader. He had already made himself the leader of a large faction in the gang, which had been leaderless for some months, and on the night of 27th December 1929 his opportunity came.

McGuire along with four others appeared on Pier 3, the dock of the Colombia Line at the foot of Main Street. All of them, according to watchmen, had been drinking heavily. They went to the end of the pier where they began arguing among themselves and drinking from hip flasks.

Kneeling on the edge of the dock, they threw for the biggest prize in Brooklyn gangland, McGuire won. A moment later a watchman heard their voices raising loud and in angry tones began arguing among themselves again. Then there was a volley of shots and four fleeing figures. Edward McGuire’s reign as the leader of the White Hand Gang was over.

McGuire was shot three times receiving two bullets in his chest and one in the abdomen. His body was identified at the Poplar Street station by his brother William. The dead gangster had been arrested five times for felonious assault, according the police records, but had never been convicted.

The police of the Poplar Street Station say McGuire was the tenth man to lose his life in the struggle for the leadership of the old Bill Lovett or White Hand gang. “Wild” Bill Lovett, who ruled the Brooklyn docks for years, was the first to die, one morning in 1923 he was found with his skull crushed and two bullet wounds in his body. Since then various people wanting leadership of the gang have arisen. Some have for a brief time achieved it; others have merely coveted it, but all have met the same end.