The Scissors Sisters – A Page From The Westies Book 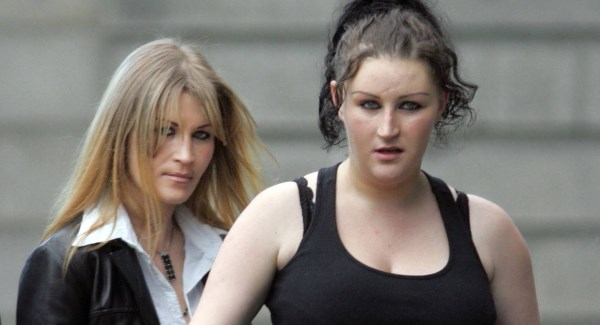 In one of the more shocking crimes that has taken place in Ireland, the Scissor Sisters is definitely one that is high on the list, in fact Jimmy Coonan, Edward “The Butcher” Cummiskey, even the DeMeo crew would be proud of these sisters, it could also be included as a chapter in their books.

Sisters Linda & Charlotte Mulhall were both arrested, charged and sentenced with the murder and dismemberment of their mothers boyfriend, Linda has now been released from prison after serving 15 years for manslaughter, Charlotte, who was sentenced to life is still in custody for murder, no release date yet.

A life sentence in Ireland does not mean an entire life behind bars, prisoners can be released after 14 years or more, sometimes a life sentence can be reviewed after 7 years, with a maximum number of 30 years.

In March 2005, Farah Swaleh Noor, the sisters mother’s boyfriend was killed, Linda cut him with a Stanley Blade while Charlotte beat him with a hammer. They killed Noor because he was abusive to their mother, beating her regularly. He had been charged with the rape of a 16 year old and suspected of another 2.

On the day of the murder, sisters Linda & Charlotte, their mother Kathleen and Noor were all drinking in Dublin City Centre, when they had finished drinking in the pubs, they made their way down to the river Liffey, where Kathleen & Charlotte took Ecstasy or E pills, they then went back to Kathleen’s flat in the Summerhill area of Dublin. At the flat, they crushed one of the pills and put it into Noors drink.

Allegedly what happened next was, Linda & Noor were sitting on the couch, while Charlotte was sitting on the arm of the couch, Noor start touching Charlotte in a sexual way, grabbed her and wouldnt let go. The mother Kathleen got angry and confronted Noor and an argument broke out, Kathleen allegedly told the girls to “kill him”. At that point Linda cut his throat with the Stanley Blade, as Noor fell on the ground Charalotte hit him in the head a number of times with a hammer. He was stabbed up to 27 times. Kathleen the mother, watched but did not participate.

The girls next dragged the body into the bathroom where they began to dismember it, cutting off the limbs, head and penis with a kitchen knife and hammer, placing the boy parts into black bags. They disposed of the body by making several trips to the Royal Canal and dumping the body parts into it. They did not dump the head in the canal but brought it to another part of Dublin where it was buried, its believed that one of the sisters went back some time later and removed the head and buried it elsewhere. To date neither the head or the penis has been recovered.

10 days after the murder, when a leg was seen floating down the canal with a sock on it, the Gardai (Police) diving unit found most of the rest of the body in seven parts. Noor was identified by someone who recognized his t-shirt from TV appeal footage. The sisters and their parents were arrested in Auguast of that year but released. A number of weeks later Linda voluntarily handed herself in and gave a statement of her involvement in the murder.

After a search of Kathleens flat, where the bloodstains matched DNA of Noor, Kathleen fled the country in September 2005 and wasnt found again until January 2008, she had been living in England. The Sister Linda & Charlotte were both charged with murder but both plead Not Guilty. They were both found guilty, Linda of manslaughter & Charlotte of murder. When Kathleen eventually came home to Ireland she was arrested and charged with cleaning the scene of a crime and concealing evidence, she was sentenced to 5 years in prison.

Their father, who had not been living with either the sisters or mother, hung himself in Phoenix Park in Dublin when the girls were charged with the crime in December 2005, he had no part in the murder.