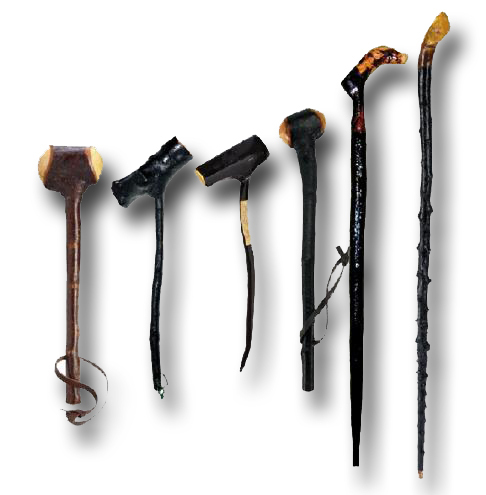 The Shillelagh (pronounced shi – lay – la) is the name for a traditional Irish stick or stick of blackthorn wood, its usually sold to tourists and is a symbol of Irishness, it is on the logo of sports clubs, political office and other places around the world however, it has a long and somewhat sinister past.

The Shillelagh was used as a walking stick and or a weapon, in the 1600’s the Penal Laws set by the British Government outlawed Irish people from owning weapons, among a host of other laws. So having a walking stick that doubled as a weapon was a clever way around such laws.  The Shillelagh was traditionally made from blackthorn wood which was available easily and in large quantities, it was a tree species of high hardness and stiffness – it grew on the side of the road. It was made by taking either the branch of a tree or an entire juvenile tree including the root knob and cutting it up to approximately three foot in length with the root left in a ball on top, some fighters would carve an opening in it and fill it with molten lead to give it a bit more weight.

Traditionally, the shillelagh or blackthorn sticks with thorns left on the stick were smeared with whiskey butter and smoked over fire (in the fireplace) – thus giving them their dark, hard, glossy surface. The origins of the use of the stick is hard to determine as they weren’t properly recorded until the 17th & 18th centuries, though it is thought to be much older, there is strong evidence that the shillelagh was a weapon from an ancient form of Irish martial art, stick fighting, which over the past few years has seen a revival after becoming an almost extinct practice. (Please see the sources below for the full version of the use and origins of the shillelagh) 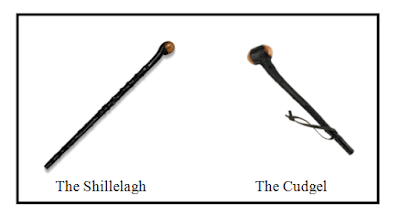 Faction Fighting was the name given to phenomenon that broke out in Ireland during the 17th century in which large groups of men fought pitched battles using Blackthorn sticks such as the Shillelagh. First recorded in Co.Tipperary it is said to have spread like wildfire throughout the country. In fact there is strong evidence of Faction Fighting and use of the Shillelagh not just in Ireland but in Liverpool, U.K, New Orleans & New York going as far back as 1825. 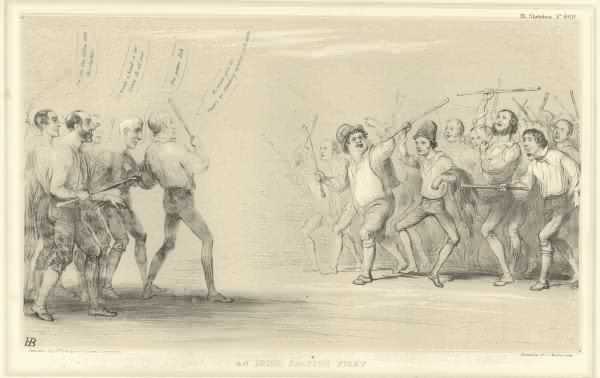 A Faction Fight was usually based around families or “Clans” and took place on the fare days or on Sunday after mass. The Factions fought for pride, land, territory or sometimes, just for fun. Two or more groups assembled to fight using mostly rocks and sticks, very often resulting in the death of many participants. Even though it caused death, the practice of faction fighting was considered good fun and in fact, people brought to justice for killing people in faction fights were often exonerated. But not all of these fights were done with playful intent; many were done to settle feuds and political or religious tensions, the winner of the fight was usually the winner of the dispute. One of the biggest of its kind went on in Ballyveigh Strand, County Kerry in 1834, it involved up to 3,000 fighters and up to 200 – 300 people died.

In New York on the 31st march 1825 the New York American Newspaper reported that a shillelagh frolic took place that morning in the neighborhood of the marble buildings, where several hundred sons of Erin assembled for the occasion, where Paddy L. Hayes and a man named Homan fought each other, Homan narrowly avoided death. 10 people were arrested, named as ringleaders. Again in June 8th 1825 another fight was reported, the next reported fight took place was 1835. In 1842 there was a reported large scale riot between Irish Catholics and Protestants. New York wasnt unique to hosting faction fights, New Orleans would also see a large scale faction fight of its own, it started as a dispute over canal work between the Corkonians & United Irishmen and a boxing match in 1837 again in New Orleans descended into a large scale faction fight. 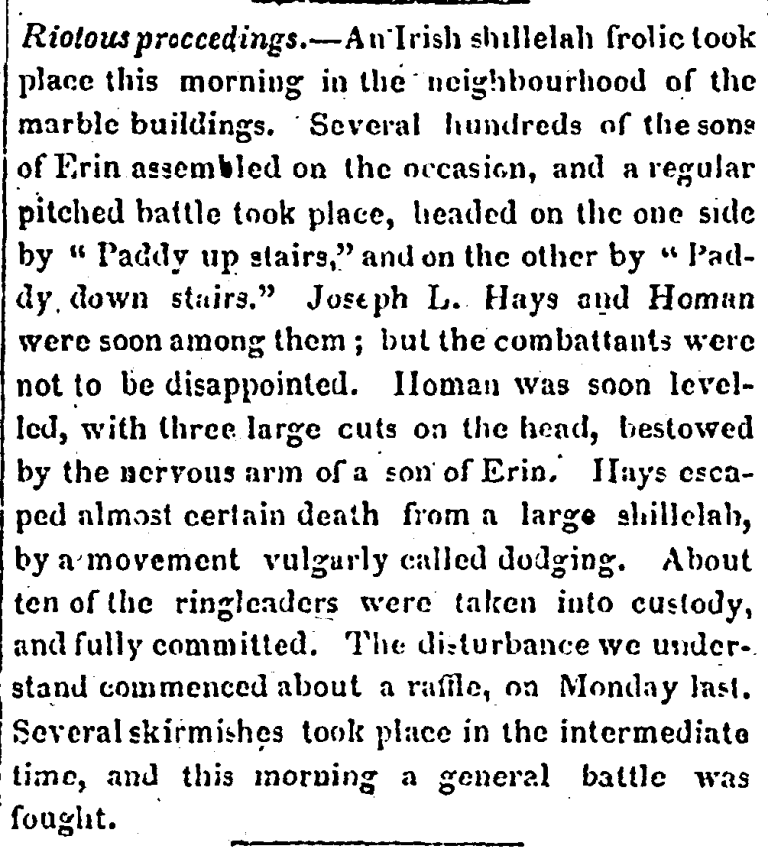 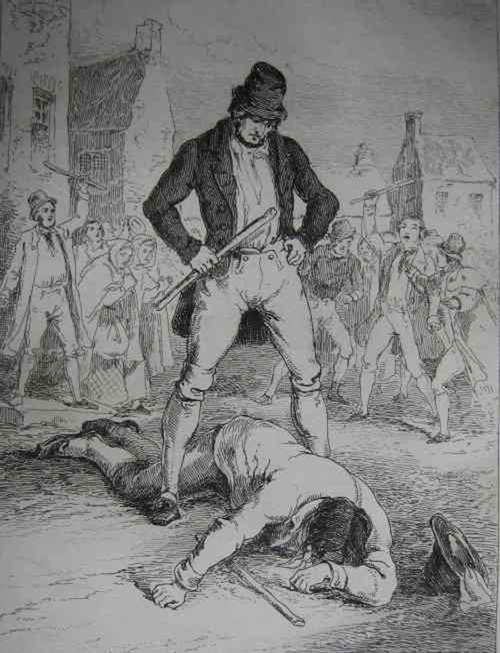 A faction fight typically broke down into 3 parts, stick fighting, wrestling & stomping. It would start with both fighters using sticks, the shillelagh or a cudgel, the stick was held typically in the right hand, with 6 inches or so extending past the base of the hand, with the rest of the stick extending upright. The left arm could be used for blocking strikes, throwing a punch or, once in close quarters, grabbing an opponent’s stick to attempt a disarm.

The first objective was to knock the hat off the head of the opponent, both as a sign of disrespect and to make the skull more easily accessible. A heavy blow from the side removed the hat, and the follow-up strikes were, hopefully, struck by the bottom part of the stick. As the distance between fighters decreased, the tip of the stick, on the bottom, could be used to jab and strike. As the fight went on fighters usually lost their weapons, they would then move to their wrestling, attempting to throw each other to the ground so that the final stomping, both fighters usually wearing hob-nailed boots could commence. 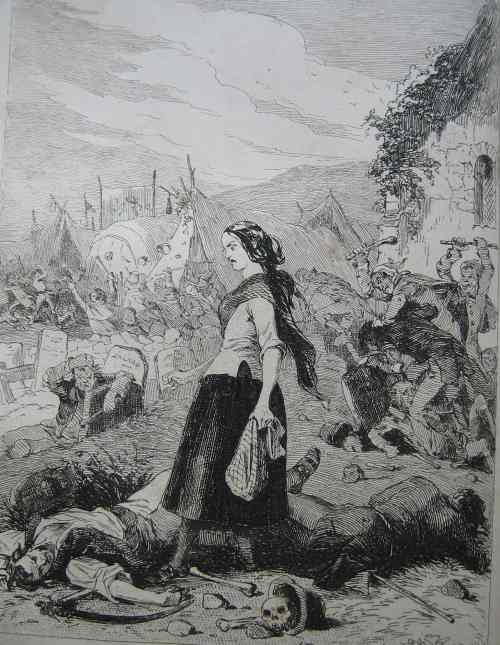 You could be forgiven for thinking that these were just average thugs fighting on the streets, however, these were very specialized fighters, stick fighting was a trained art with several movements, hand grips and techniques such as, blocks, strikes etc. Faction Fighting even had its own rules called Shillelagh Law,  although they were not always followed.

“But women were not relegated to the passive role of observers (or victims). Many would stand on the sides of a fight, holding a handkerchief filled with rocks to use as a flail and assisting their family members during a fight. While a man could parry a woman’s blow it was seen as taboo to hit her with a stick.” – Maxime Chouinard