Owen Vincent Madden was a quiet an unassuming character in Hot Springs, Arizona, he married the postmasters daughter, Agnes Denby. He was often seen out on the streets tipping his hat to the women. He was always quick to give impressive donations to the Boys Club. He could always be counted on to give money for any good cause. He bought a house next to St. Johns Catholic church, covered with roses. And could often be seen around town with the Mayor, Sheriff, and assorted Judges.

He joined the chamber of commerce, contributed to all church fund drives and everyone said, “Oh Owney is just here. He’s just retired in Hot Springs. He’s just down here for the climate. He really likes it here.”

But this was Owney “The Killer” Madden, The Duke of the Westside, a beer baron from the Prohibition Era, who was once quoted as saying, “Never underestimate the effectiveness of a straight cash bribe.” 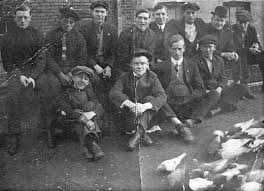 Owen Vincent Madden had a long a violent criminal career, he was leader of the Gopher Gang, had killed people, indeed he had been sent to prison for the death of a rival mobster “Little Patsy Doyle” of the Hudson Duster’s. Having served 9 years he was released into a world where the Gopher Gang & Hudson Duster’s no longer existed, the Prohibition Era. Madden would co-own the Cotton Club and the Club Intime @ Harding Hotel. There are rumours that he bank-rolled George Raft & May West’s careers.

By 1933, Owney was getting a lot of heat in New York. Madden was imprisoned on a parole violation for 12 months. Following his release and sometime in 1935 he decided he would go into “retirement”, so he moved to Hot Springs to set up gambling operations there.

Once he was established in Hot Springs, Owney Madden laid the groundwork for gangsters “on the lam” to hide out in Hot Springs. Hot Springs had a resort-like atmosphere with people coming and going all the time. This was the perfect situation to “hide” mobsters who couldn’t be seen in their hometowns. Al Capone would stay at the Arlington Hotel when things got too hot in Chicago, and Lucky Luciano hid in Hot Springs when a nation-wide search for him was ordered by Thomas Dewey. Luciano was arrested while in the company of the Hot Springs Chief of Detectives

Many gangsters sought and found refuge in Hot Springs. They were often seen around town, and the authorities knew who they were, but they made no moves to arrest them or alert other agencies to their presence. 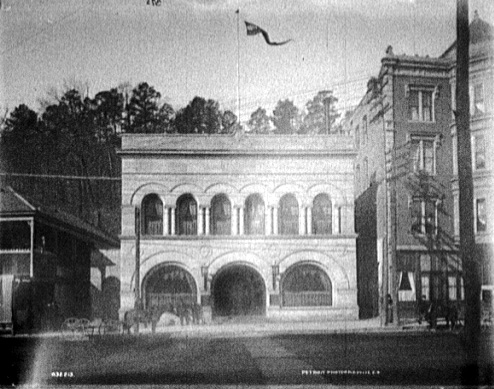 But to all intents and purposes he was just a nice old gentleman, walking around the streets. Owney was appreciated in Hot Springs, but from a distance. When Wes Pruden was assigned to report at the winter dinner of the Hot Springs Chamber of Commerce in 1955, he recalls “they put Owney and his missus at the out-of-the-way table in the corner set aside for the reporters. Owney didn’t seem to mind, but he noticed. “I know most of the guys in the room,” Owney said, looking up from the hickory-smoked ham and raisin sauce a la Arlington Hotel, “but they don’t want to say hello tonight. That’s all right. They put me in good company.” Owney was amused to settle for a place next to the son of a locally famous Baptist preacher”.

The Arkansas House of Representatives passed a resolution on Thursday March 26, 1964, calling on Hot Springs officials to close down all illegal gambling. Owney Vincent Madden passed away, shortly after the gambling shut down, in April 1965.