The One Way Ride 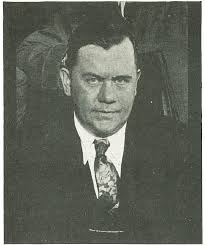 For most taking a one way ride with Frank McErlane meant certain death but for one (un)lucky man, William Egan, he would survive his last ride and tell the tale about it.

The One Way Ride came about during the Beer Wars in 1920’s Chicago, a terrifying technique developed by a terrifying man Frank McErlane, it would involve being abducted, beaten and then shot to death.

In 1923 the Saltis / McErlane gang were at war with the Southside O’Donnells. On December 1 1923 two beer trucks belong to the O’Donnells were stopped near Joliet in Chicago, the driver and passenger William “Shorty” Egan and Thomas “Morrie” Keane were taken at gunpoint and put in a car driven by Willie Channell, Frank McErlane was the passenger. What happened next is testimony from William Egan:

“Pretty soon the driver asks the guy with the shotgun, ‘Where you gonna get rid of these guys?’ The fat fellow laughs and says, ‘I’ll take care of that in a minute.’ He was monkeying with his shotgun all the time. Pretty soon he turns around and points the gun at Keane. He didn’t say a word but just let go straight at him. Keane got it square on the left side. It kind of turned him over and the fat guy give him the second barrel in the other side. The guy loads up his gun and gives it to Keane again. Then he turns to me and says, ‘I guess you might as well get yours too.’ With that he shoots me in the side. It hurt like hell so when I seen him loading up again, I twist around so it won’t hurt me in the same place. This time he got me in the leg. Then he gimme the other barrel right on the puss. I slide off the seat. But I guess the fat guy wasn’t sure we was through. He let Morrie have it twice more and then let me have it again in the other side. The fat guy scrambled into the rear seat and grabbed Keane. He opens the door and kicks Morrie out onto the road. We was doing 50 from the sound. I figure I’m next so when he drags me over to the door I set myself to jump. He shoves and I light in the ditch by the road. I hit the ground on my shoulders and I thought I would never stop rolling. I lost consciousness. When my senses came back, I was lying in a pool of water and ice had formed around me. The sky was red and it was breaking day. I staggered along the road until I saw a light in a farmhouse…”

Egan almost had his face blown off but survived and was able to identify Willie Channel, McErlane was eventually arrested but he beat the case.