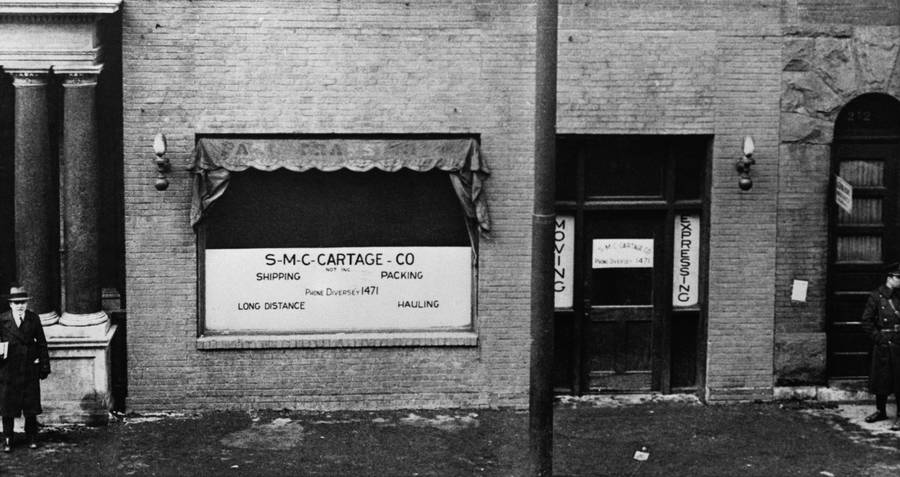 On this day, 90 years ago one of the most famous Mob Hits of all time took place, the St. Valentines Day Massacre in Chicago, where seven men were shot to death by rival gangsters. What started with the death of Dean O’Banion in 1924 ended on St. Valentines Day in 1929.

George “Bugs” Moran was a good friend of Dean O’Banion, along Hymie Weiss & Schemer Drucci they all joined the Market Street gang when they were young and forming a lasting friendship till death did them part. Bugs Moran was also a criminal who had taken over the running or the North Side gang in Chicago during the Prohibition Era. His main enemy was Al Capone, who ran the Italian South Side gang they fought a fierce gang war for control of smuggling and bootlegging in Chicago. 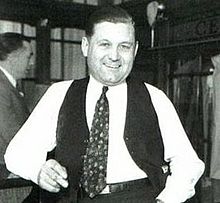 The massacre was carefully planned and executed to make sure that George “Bugs” Moran was dead, thus eliminating Capone’s main rival. Throughout the gang war both had survived several assassination attempts. On one occasion, Moran and some of his men drove a fleet of six cars past a hotel where Capone and his men were having lunch and sprayed the building with lead, shooting more than 1,000 bullets.

A plan was hatched where they would try to trick Moran into thinking he was buying a shipment of hijacked booze from Canada, the dropping off point was to be the SMC Cartage Company garage at 2122 North Clark Street, a property belonged to Moran. The idea behind the plan was to kill Moran and his men while they were all in the building together.

At 10.30am Moran’s gang had been preparing to meet the incoming shipment but in a twist of fate George “Bugs” Moran was running late that morning. Moran pulled up in his car just in time to spot a quartet, including two dressed as police officers enter the building, thinking it was a raid on the building he quietly moved on. 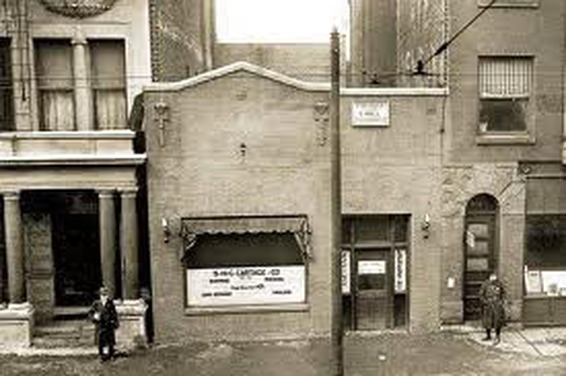 A police car had arrived outside the building with two men dressed in uniform and two more in civilian clothes. Inside the building were six of Moran’s men. The last to arrive was Albert Weinshank, as Weinshank made his way into the warehouse, he was grabbed by the two police officers and they forced him inside. Believing the gangsters were being raided, as they were gangsters they knew the drill so they lined up against the wall with their backs to the police.

When they were in line before the gangsters who were in line knew what hit them, armed with Thompson machines guns the assassins opened fire, emptying an entire 20-round box magazine, and a 50-round drum into them. They even continued shooting even after the gangsters bodies had dropped to the floor. The men dressed as police officers escorted the assassins out of the building, under the guise of arresting them and fled the scene 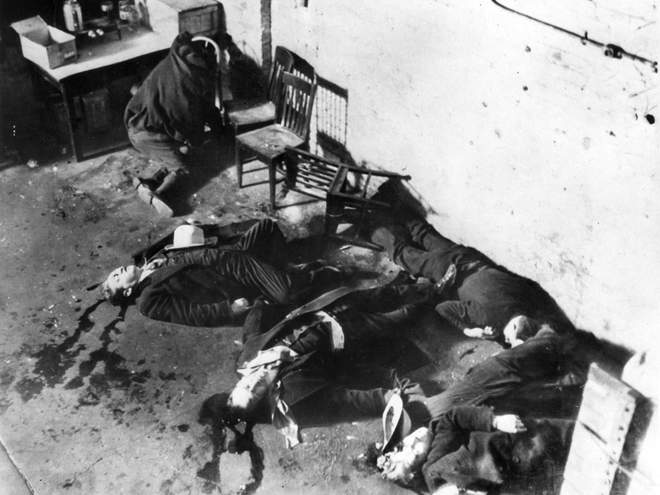 Six of the gangsters died instantly but one remained alive, although barely, Frank Gusenberg was taken to hospital but died later that day, but not before the police could talk to him. As soon as he had arrived at the hospital and been stabilized by doctors, the police questioned him and wanted to know how he had gotten 14 gunshot wounds, and who had shot him. He replied “No one shot me,” Frank Gusenberg died three hours later. 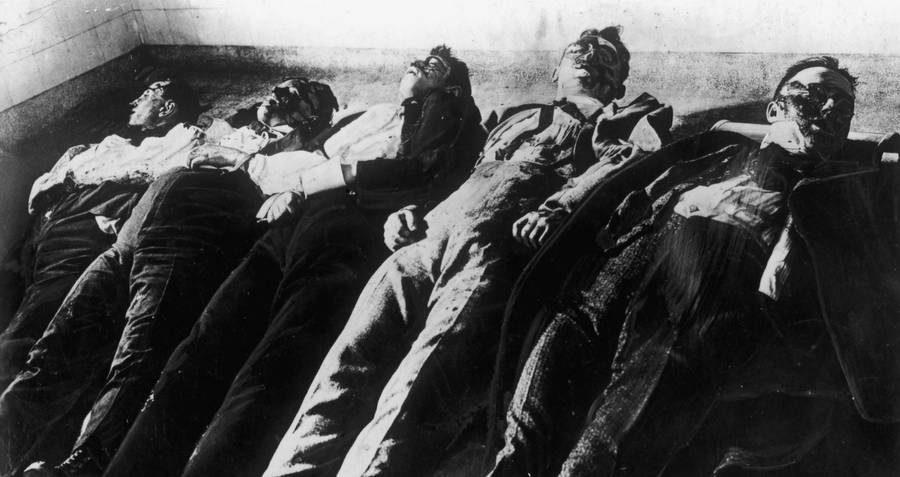 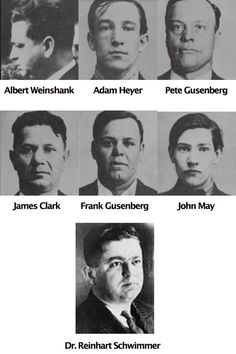 No one was ever charged for the crime and no actual suspects were named, although there is plenty of suspects as to who it was. Some of the suspects included:

Gus Winkler & Fred “The Killer” Burke, who were both former members of the Egan’s Rats, a gang from St. Louis, Machine Gun Jack McGurn, John Scalise, Albert Anselmi. All of which were certified killers and could have easily pulled this off. Some evidence, from the wife of Gus Winkler says that she seen both Gus Winkler & Fred Burke dressed in uniforms on the morning of the massacre, these were prime suspects, though they were never arrested.

Even 90 years on this remains one of the most famous Mob Hits of all time and one that remains unsolved.

The garage where the St. Valentines Day Massacre happened is long gone but the wall where the shooting itself took place is now standing in the Mob Museum in Las Vegas. 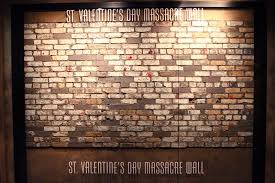