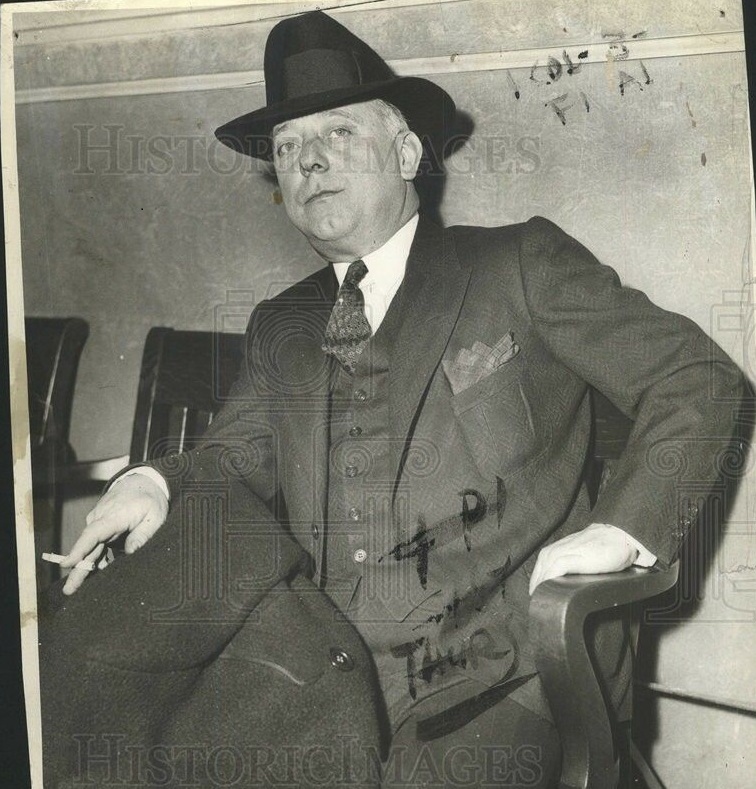 Thomas Edward Maloy was born October 14, 1890 (some sources say 1887) to Joseph Maloy and Elizabeth, nee Hannigan. The 1910 US Census showed the family living at 4215 S. St. Lawrence Avenue. Twenty year old Thomas was listed in the census as an “electrician” for an “electric company.” In 1917 Maloy had been drafted to WW1, after the war Maloy had come home and married and had begun working as an “electrician”.

The first time Thomas Maloy’s name appeared in the newspaper’s was in July 1920, Maloy was named as a “business agent” for the Motion Picture Operators Union. The article was in relation to a strike that was taking place by the theater musicians, the musicians had asked the projectionists to strike in sympathy with them. Maloy was mentioned as he was calling a meeting with his union to discuss the matter. Maloy also caught the attention of the newspapers again in 1922, still named as a “business agent”, Maloy averted a strike and negotiated a payment of $80 a week for projectionists.

By the 1930’s the theater union strikes had become a lot more bloodier, in a two month period in 1931 15 theaters were bombed relating to labor disputes. Jack Kaufman, who was described as an insurgent member of the Motion Pictures Operators Union and had led a movement within the union to replace Maloy and replace him with Henry Gusenberg, a brother of Frank and Pete Gusenberg, two victims of the St. Valentine’s Day Massacre. Kaufman had accused Thomas Maloy of “slugging” him and threatening to “take him for a ride”. On 21st June 1931 a gunman walked in Kaufman’s garage and shot him 5 times, killing him. In the aftermath, Thomas Maloy, Danny Stanton, Ralph O’Hara, Eddie Donovan and two union executive’s Jock Quinn and Ralph La Pointe, were all arrested, however the case remains unsolved. 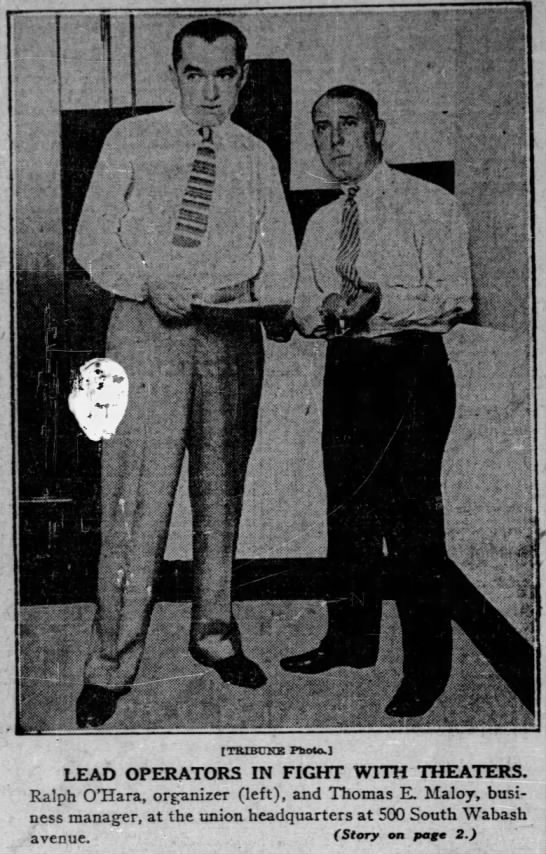 Things finally began to turn against Thomas Maloy in 1933. The Internal Revenue Service announced they would be launching an investigation into Maloy’s activities, reminding readers that “the move is along the lines of the campaign that sent Alphonse Capone to prison.” It was alleged that union officials as well as theater owners and others gave Maloy “gifts” of cash that amounted to, at the very least, hundreds of thousands of dollars every year. It was alleged that Maloy never listed any of these “gifts” on his tax return or paid any income tax on these “gifts.”

On the 4th February 1935 Thomas Maloy & dentist Emmett Quinn and also a steward in Maloy’s union were travelling by car along Twenty Fourth Street when a car carrying two men pulled up alongside Maloy’s car when one of the passengers in the other car opened fire with a sawn off shotgun, hitting Maloy in the head, the other opened fire with a handgun, Maloy died with ten shotgun shots in his head. More than 1000 mourners turned up to Thomas Maloy’s funeral. His 20 year reign of the union saw many shootings, bombings and murders. 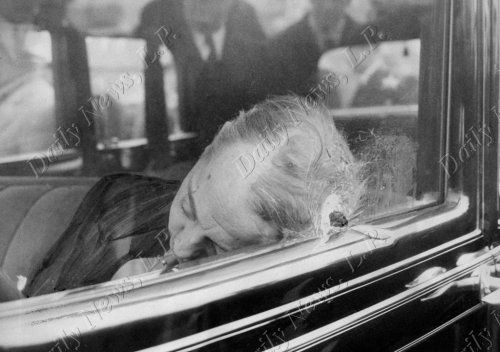