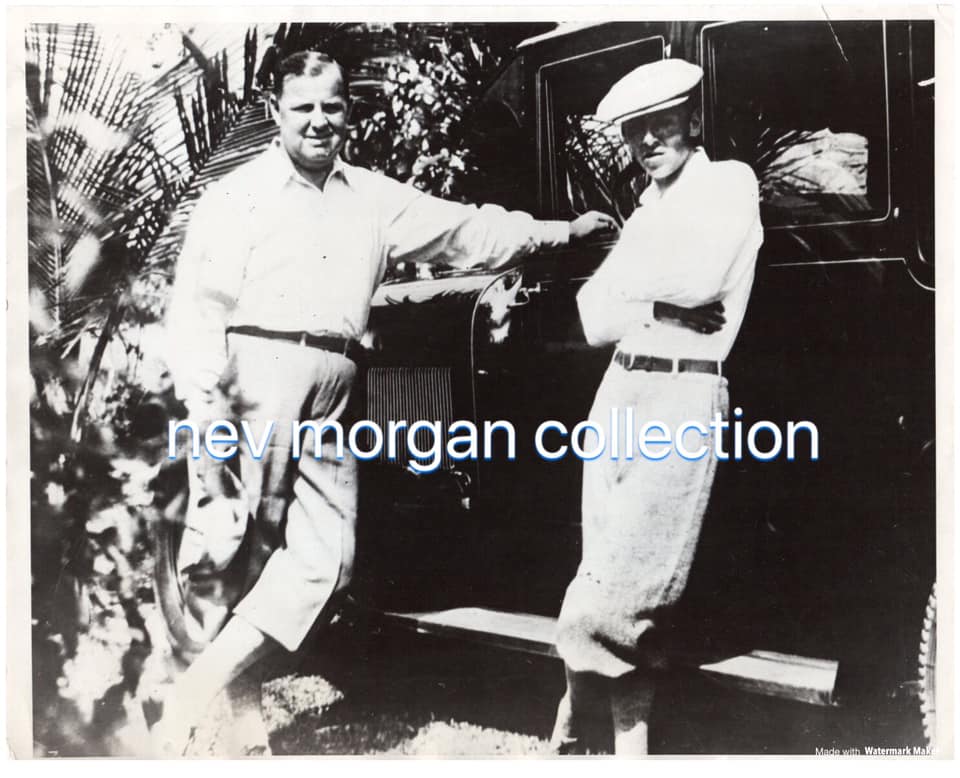 Thomas “Fatty” Walsh started his gangster life working with Jack “Legs” Diamond and being the bodyguard of “The Brain” Arnold Rothstein. He also worked alongside Charlie Lucania regularly and they became good friends. By 1928, Fatty had moved away from his old pal Diamond, who was becoming increasingly untrustworthy and ego driven.

Fatty joined forces with Dutch Schultz and was working out of his newly purchased speakeasy the Hub Social Club at 543 Brooke Avenue, the Bronx, along with Schultz, there was his partner Joey Noe, Bo Weinberg, Vincent Coll, Peter Coll, Larry Carney, Joey Rio and Edward Fats McCarthy. By 1929, Fatty Walsh had gone down to Florida for some gambling with a friend. In the early hours of March 4, he was shot and killed over a gambling dispute at the Coral Gables Biltmore Hotel in Coral Gables, Florida. It has been claimed that his ghost stills haunts the 14th floor of the hotel.

Pic is of Thomas Fatty Walsh and friend Arthur L. Clark (wearing hat). Clark was found in the same room wounded with bullet holes in his left side and arm. Clark survived.