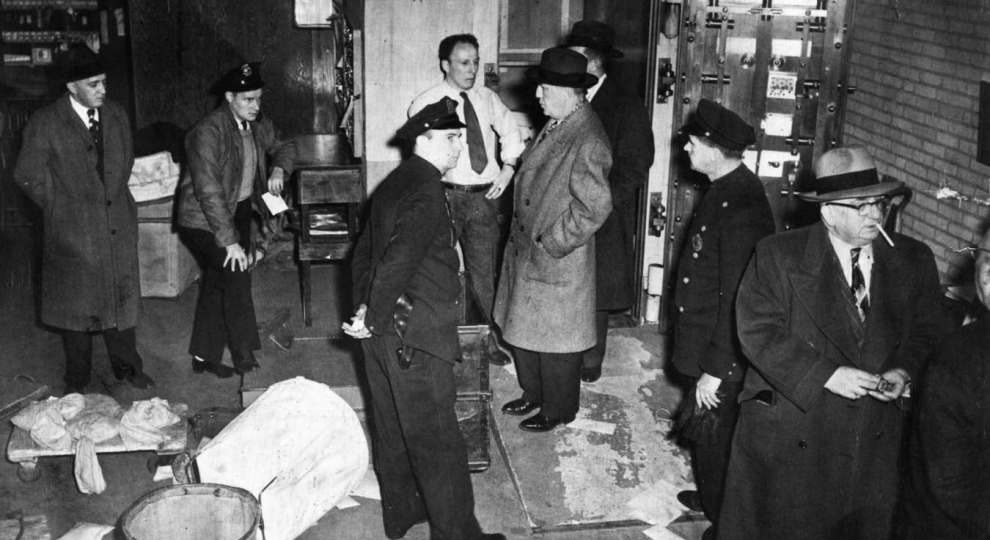 In this story Elmer “Trigger” Burke plays a supporting role in the Brinks Job. Elmer Burke was a hit man during the mid-to-late 1940s in New York. He was brought up by his older brother, Charlie. In 1941, he was sent to reform school, but later had his sentence cut for joining the army, where he served in the Italian campaign as an Army Ranger. 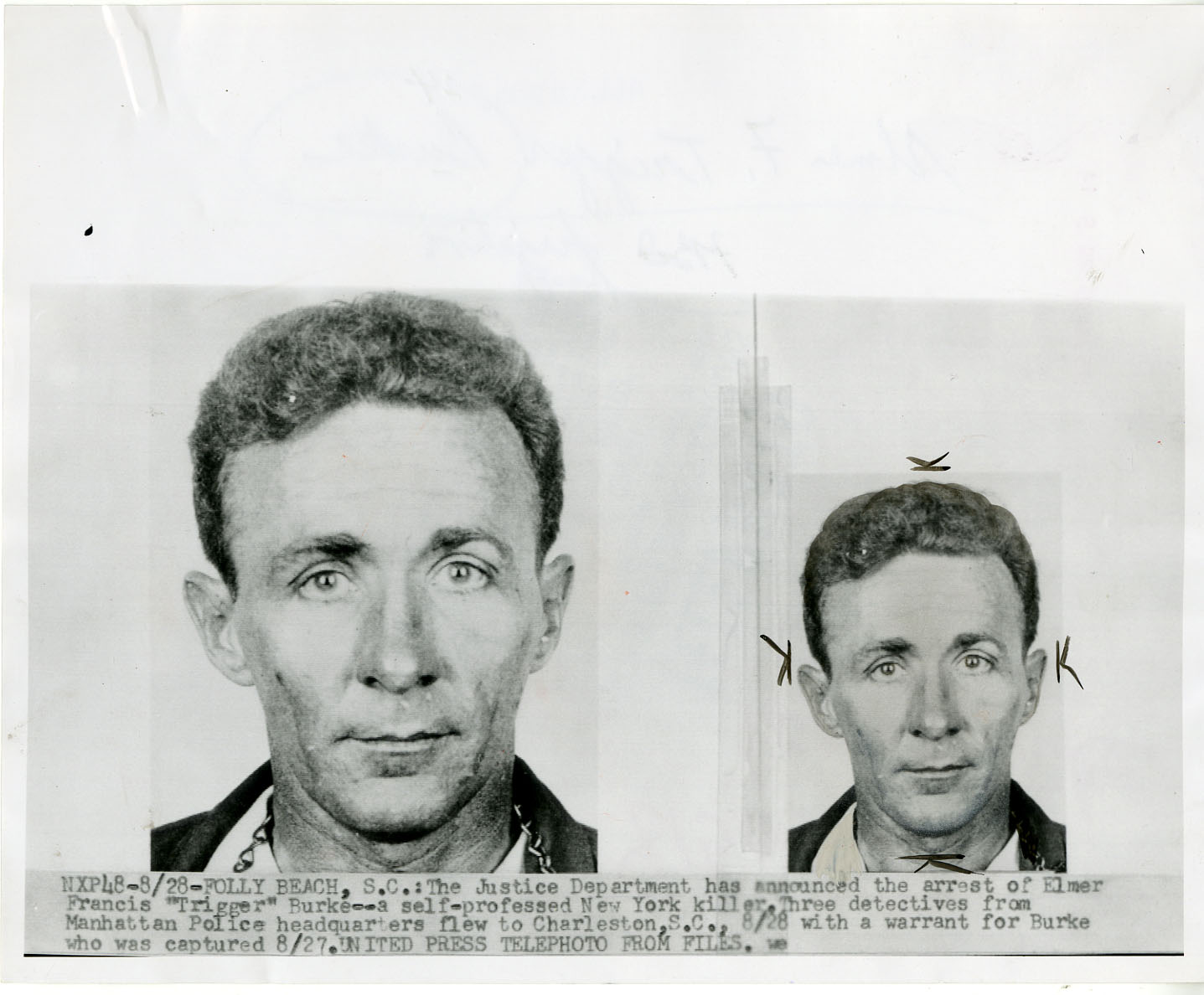 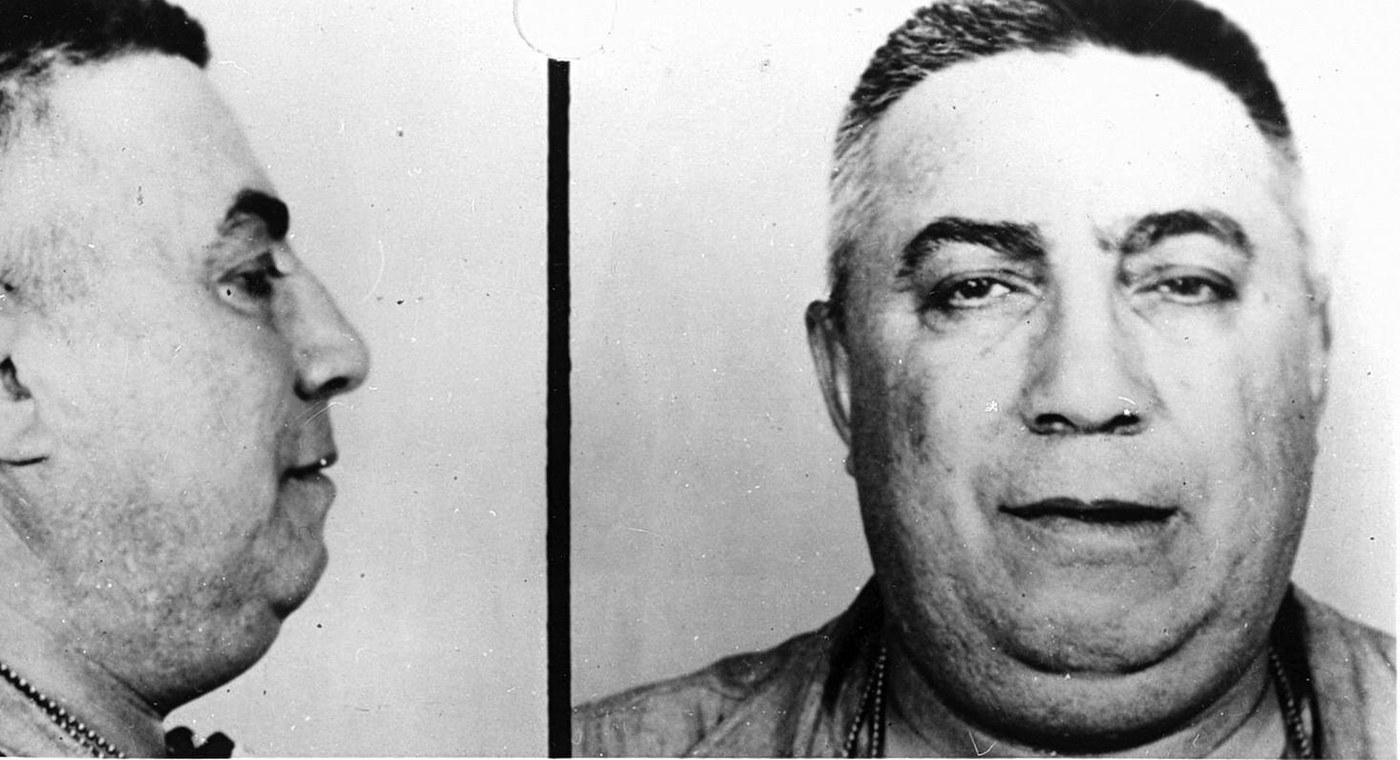 On the night of January 17th they decided that the time was right for the robbery, there had been six aborted attempts at the robbery. They put uniforms that were similar to the Brinks employees uniform, they also wore Halloween masks, gloves and caps. They used their copied keys to open the doors and therefore taking the employees who were counting and sorting inside by surprise, tying them up using waterproof adhesive tape. The gang then helped themselves to everything in the room, except for the payroll of the General Electric company. At around 7.30 the gang left the building with the loot, they divided some of it up between themselves and agreed hide the rest and not to touch it for six years, that time frame was to allow for the statute of limitations to expire. They then went their separate ways to establish alibi’s for the evening. 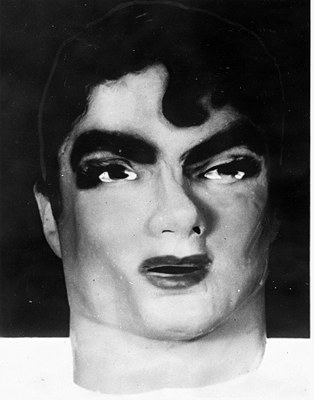 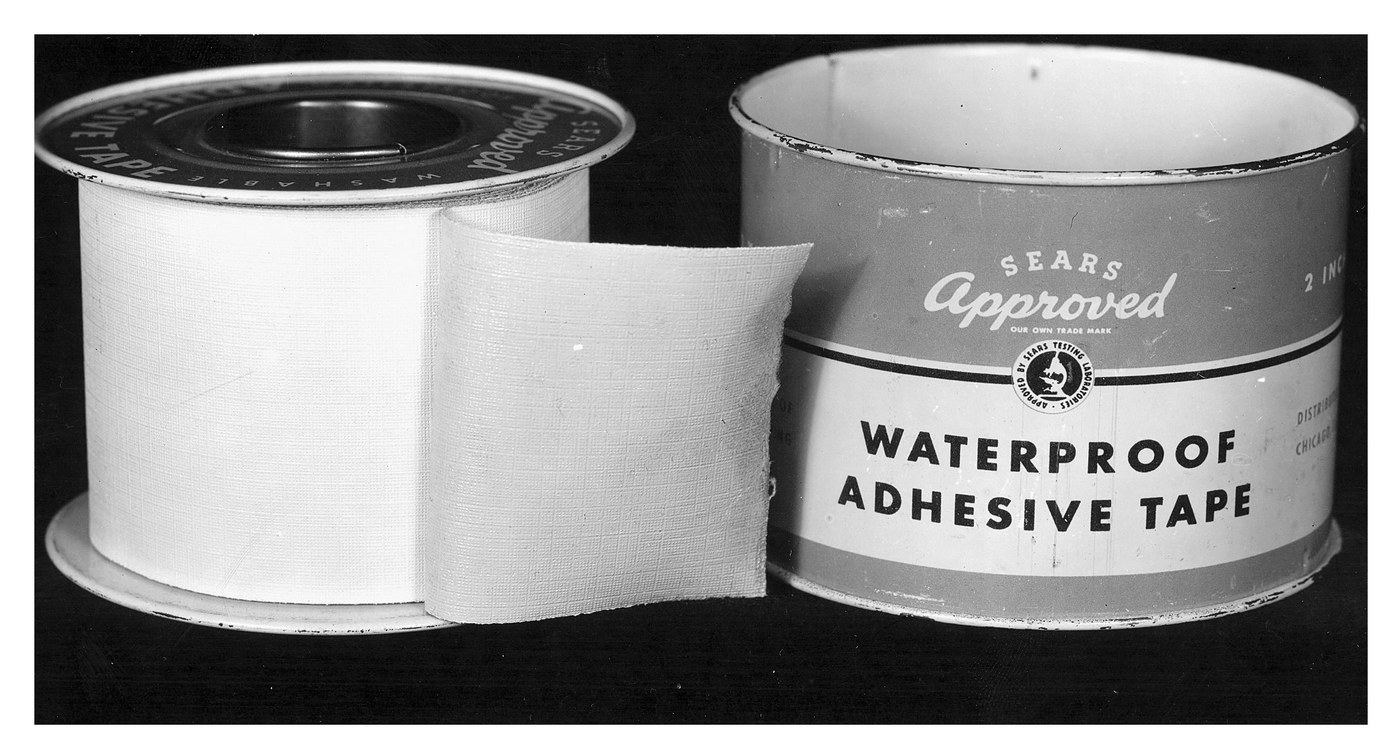 The only clues police could find were the tape that the they had used to tie the employees and one of the chauffeur’s cap that they had worn. Any information police could get from informants proved useless. The truck that the robbers had used was found chopped up in Stoughton, Massachusetts.

Two members of the gang, O’Keefe and Gusciora were arrested in Pennsylvania for an unrelated crime. O’Keefe was sentenced to three years and Gusciora to 5 – 20 years. Other members of the group came under suspicion but there was not enough evidence, so police and federal agents kept pressure on the suspects. Adolph Maffie was convicted and sentenced to nine months for income tax evasion. 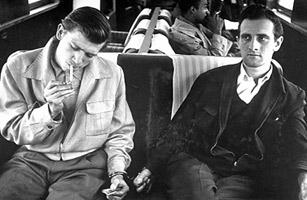 After O’Keefe was released he was taken to stand trial for another burglary and parole violations and was released on a bail of $17,000. Apparently in need of money he kidnapped one of the other gang, Vincent Costa and demanded his part of the loot for ransom. Pino paid him a small ransom but decided to kill O’Keefe. There were a couple of unsuccessful attempts on O’Keefe but he deided to hire Elmer “Trigger” Burke a hitman from New York.

Burke took the contract and traveled to Boston. Hunting O’Keefe, he found him in a Dorchester housing project and chased him, firing dozens of rounds at his fleeing quarry. He finally shot O’Keefe in the leg after thirty-five minutes of chasing, thinking he had killed O’Keefe, Burke got into his car and drove off. O’Keefe contacted the police and named Burke as the one who had shot him.  Burke, for whatever reason chose to stay around and do some sight-seeing, he was arrested eight days later in Back Bay, Boston and sent to Charles Street Jail. Burke escaped from there but was recaptured a year later while waiting for a bus in Charleston, South Carolina.

The FBI approached O’Keefe in the hospital and on January 6, 1956 he decided to talk. On January 12, 1956, just 5 days before the statute of limitations was to run out, the FBI arrested Baker, Costa, Geagan, Maffie, McGinnis, and Pino. They apprehended Faherty and Richardson on May 16 in Dorchester. O’Keefe pleaded guilty January 18. Gusciora died on July 9. Banfield was already dead.

Eight of the gang’s members received maximum sentences of life imprisonment. All were paroled by 1971 except McGinnis, who died in prison. O’Keefe received 4 years and was released in 1960. Only $58,000 of the $2.7 million was recovered.

Burke was arrested and convicted of murdering his friend Edward Walsh and was sentenced to death in the electric chair. On 9 January 1958, after eating a final meal of steak, smoking six cigars and spending his last evening reading newspaper clippings about himself, he was executed at Sing Sing Prison.